With the lack of live sporting events to cover, broadcasters are looking for alternatives to fill the empty hours on their channels. Classic matches are in demand and the Gravity Media content archive team has been in constant communication with clients in an effort to assist them in delivering programming for broadcast partners suffering from empty schedules.

A number of major clients — including The FA, the International Paralympic Committee, the International Hockey Federation and Tottenham Hotspur FC — are using their Media Archive Director (MAD) systems to generate content during the COVID-19 lockdown.

The major difference from before the lockdown is that now the majority of requests are for entire matches with full commentary and graphics as broadcasters look to fill their schedules and make up for the lack of live sport, whereas before COVID-19, it was always clean clips to be inserted into programmes. As an example, the FA downloaded almost 150 hours of content during April – three times the number of hours from the same time last year.

SVG Europe sat down with Gravity Media’s Frank Callaghan, Director of Live Programming and Production and Nick Symes, Technical Director – Production & Content, to discuss how the team rapidly adjusted to remote working from home at a time of unprecedented demand for archive content over the last couple of months.

Frank Callaghan: “I think from our point of view, when this all started in mid-March there was certainly a rush from a production point of view. We engaged with our clients very quickly about what we might be able to offer.

“So it was a two-stage approach really, speaking to UEFA, the FA, the International Hockey Federation and others about trying to create some strands that would keep them going throughout the COVID situation. The FA was due to have quarter-finals just a week after the lockdown started. The Champions League was building up towards the finals and hockey was left in a state of flux as well. 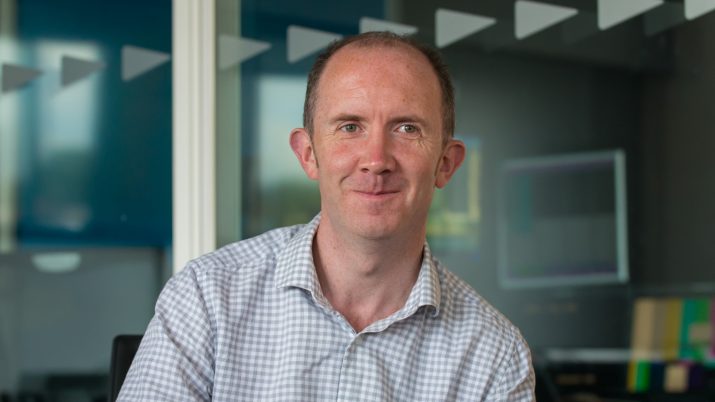 “Initial conversations with the federations were very much around creating archive-based programming, for example repackaging classic matches. When we then received feedback that there was going to be a massive demand for this type of content, it was up to Nick and his team on the tech side to get us all up and running remotely, which I think I’m correct in saying we’ve managed to do within about a week of lockdown.

“It started (in the UK) on 23 March and we could see things coming in the wind the week before; we had just completed the UEFA Europa League programme where we had a number of games behind closed doors. The Premier League had just been cancelled – things were starting to come to a head.

“We had actually put remote operation in place before lockdown and managed to deliver our first show to UEFA the day after the lockdown started. We were slightly ahead of the curve, but that’s down to some of the processes that Nick and the tech team had put in place to make it happen.”

Nick Symes: “We’re generally pretty well placed to service remote working because we’ve got a fixed facility in Chiswick. We’ve got all the plant on-site with good internet connectivity and an established VPN. So essentially we expanded access to that to our operational edit team, and made the edit stations and Media Composers available to them remotely.

“We supplied a bit of hardware for the people who needed it, and also spun up the ability for our MCR colleagues to work remotely with monitoring streams and extending the broadcast control out to those guys including communications – so that they could operate as if they were in the office even though they were actually at home on their PC.

“We had already started planning. There were some big events we needed to deliver out of Chiswick, 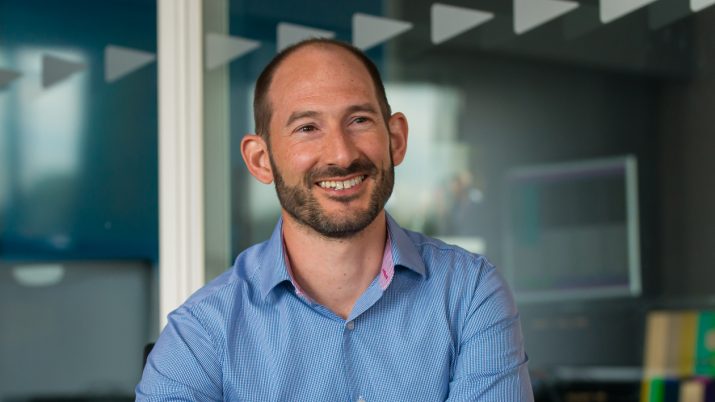 which we felt would be problematic if we had to shut the building down. We have a facility in Manchester, which is where we produced all of the Women’s World Cup programming last year. We bolstered the capacity there in terms of editing and replay, so if we needed to move people physically to somewhere else to deliver those live strands, we had a facility to do that.

“In addition we have a cutting room facility in Soho with some edit systems and we’re well connected across sites – so that if we couldn’t get into Chiswick, it was possible to operate remotely by having some connected edit suites that people could access elsewhere.

“So we covered multiple bases of ‘just in case’, and where it fell back to was getting the remote editing side of things working and then looking after that to ensure it continues to work. We’re using our on-premise system and extending that out by remote means.”

How has it evolved in terms of demand from broadcasters and federations? Is there a pattern to the type of content you are being asked to produce now that you didn’t produce before coronavirus?

Frank Callaghan: “We’ve talked about archive-based programming with UEFA and the FA for a while, based on the content they’ve got in their vaults. And obviously this situation gave us the opportunity to go into overdrive on that.

“With UEFA there’s now significant demand for a weekly classic Champions League show, which we have been producing since late March and will continue to do so until late June. We’ve also repackaged over 50 matches already of Champions League, Europa League and European Championships.

“And with the FA we’ve engaged very much around weekends where they were going to have quarter-finals, semi-finals and final – which would have been next weekend in fact.

“I think it has brought home to a lot of the federations how important their archive is, whereas before it may not have been thought of as highly or as being so precious as it has the last seven or eight weeks. There was such a rush at the start of this – everyone going straight to their vaults and trying to find as many ways as they could to get content out there.”

Nick Symes: “And that tested the archive process. And even though all archives were in the best state they could be, you could still find a situation where the recording from site missed something or the Dolby E didn’t work. There’s a lot of media wrangling going on in the background to make it all work smoothly.”

This is based on the EVS Media Archive Director?

Nick Symes: “Yes we’re the only multi-tenanted EVS Media Archive Director house globally. We have five instances running on-premise in Chiswick: the FA, Pitch International, the FIH, Tottenham Hotspur and an instance for us. We’ve had a team of two working on servicing that, servicing the customers and a wider technical team ensuring everything is working correctly under the bonnet.

“One interesting is that we’ve had to do voicing sessions to put commentary onto matches. We’ve had to get people in socially distant ways into booths to voice matches; but actually operationally, the running of the kit is being done remotely. The only people in the facility are the commentators and the sound supervisor – and Frank!”

Frank Callaghan: “Obviously like a lot of companies around the world there are a number of staff on furlough at the moment, so we have a smaller production team and a smaller tech team. But we’re actually delivering a lot of content as things stand – and that’s testament to long-standing relationships with the likes of UEFA and the FA that have enabled us to have conversations about using that archive in order to make programming available to all the broadcasters.”

Nick Symes: “It’s also important to say that in the current pandemic situation, a lot of people are having to make compromises on how they make television programmes, whether voice-led or graphics-led. I would say we’ve actually managed to keep the standards high. There’s a lot of effort going into making the programmes look as good as they should be, with correct match-pack graphics and so on – so that they don’t look any different.”

The pressures you have experienced on archive will certainly change or evolve in ‘the new normal’. But do you think there are some lasting changes in the way you are working now, so that it won’t necessarily be ‘going back to normal’ in the future?

Nick Symes: “From a technical point of view for any solution, now, the remote element of it is very important. Going forward, we will bear that in mind with anything we put in. It could well be that we’ve proven people can remotely. That’s only going to get easier.

Frank Callaghan: “From my point of view if you had said to me two and a half months ago that we would be delivering really good quality programming as part of our UEFA deal to broadcasters that is voiced, packaged with graphics added in exactly the same way as we would if we were based in the office, I would have been really surprised. We’ve come a long way in a short period of time, and I guess anything is possible going forward.”

Nick Symes: “It has also given us time to test other elements of working remotely, similar to the way BT Sport and others have been doing with a distributed remote production model. We’re continuing to test remote replay, switching, graphics and commentary.”

Finally, we all sincerely hope that most live sports come back reasonably soon around Europe. But you’ve learned some new ways of producing compelling content that you didn’t know you could, and this should offer a good avenue for the future?

Frank Callaghan: “Yes I think that’s a fair assessment. We are all hoping and praying that the news continues to improve and the Premier League gets back next month, followed soon after by the FA Cup and Champions League.

“But I do think a lot of federations and channels are going to have to think long about how they use their archives going forward – and what programming they may need on the shelf should something like this ever materialise again.

“You don’t want to be once bitten twice shy like everyone was at the beginning of March, suddenly scrambling around to produce content quite quickly. You need to have those programmes ready, in case something like this ever happens again.

“We have got used to a new way of working as a production unit and I think that’s testament to everyone within the production centre. But broadcasters and federations are probably going to have to look at things a bit differently to ensure that they are able to keep their rights holders and viewers happy with good-quality content, should this ever happen again.”