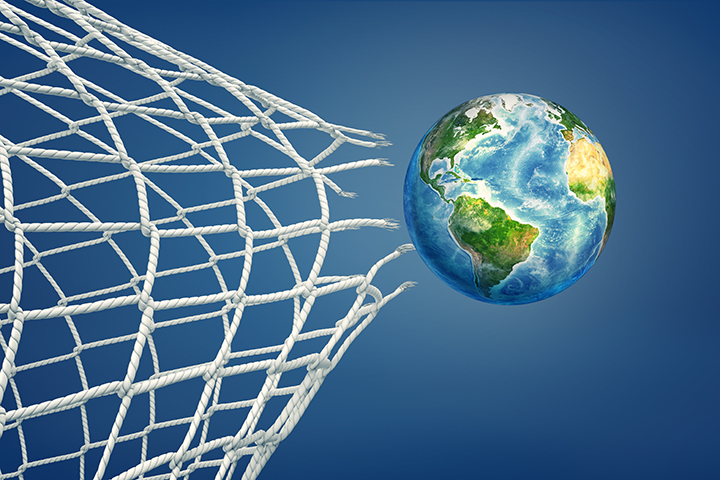 Being green and creating a sustainable environment for future generations is a major issue for many people today, both personally and at work. Sports broadcasting is an area that contributes greatly to environmental damage, with huge numbers of people and kit being shipped around countries globally to cover events.

The BBC has been influential in making changes to the world of broadcast to improve its own carbon footprint, and it has led the way in creating schemes to aid company-wide change. It has, over the years, handed the mantel for this cause over to BAFTA, which created think-tank, the Albert Consortium, in 2011 to encourage broadcasters and their partners to think green and create a sustainable future for the industry.

Meanwhile, broadcasters such as Sky have taken the environmental torch and run with it, making huge changes internally and pushing those changes out to partners to encourage them to be more aware of the impact they are making on the world.

In sports broadcast, the main challenges for sustainability are energy, such as emergency generators, transport of equipment and people, and materials. Jeremy Mathieu, sustainability advisor to the BBC, works in the BBC’s sustainability in sport group, as well as the BAFTA Albert Consortium. He says on energy that the question is, “how do we find ways to have access to energy that satisfies our obligations but that helps the environment?”. He adds: “It’s about trying to unearth what the issues are so we, as a sports broadcast community, can be more sustainable.”

On transport, Mathieu states there are often armies of freelancers descending on stadiums, using their own cars or flying around the world on planes, as well as numerous OB trucks. He says the industry needs to ask questions like how can we move from high carbon levels of travel to lower ones, and to reduce the number of trucks used if possible. 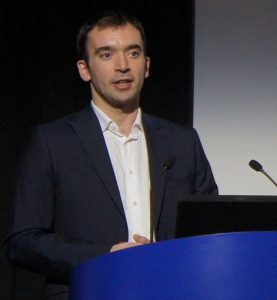 “It’s not just about doing stuff operationally,” Mathieu says. “But in promoting it in a consistent way, including the interactions we have with other partners, and collaborating with each other for a more sustainable future.

“We aren’t going to get there on our own,” he warns. “In the world of sport, it’s very broken down, as in there are a lot more people involved [in production] than on a drama. How do you manage all these different challenges? Broadcasters in the world of sport need to understand what sustainability means to them.”

He adds: “Sport has a lot of impact [on sustainability] but so do the lovely David Attenborough films where people are sent all over the world for years at a time. There are different challenges for every part of the industry. We’re trying to help each genre in the industry understand their impact,” comments Mathieu.

Acting on issues that matter

On what has pushed Sky into being such a large proponent of sustainability, Jo Finon, Sky Sports operations and contracts supervisor, says: “At Sky, we believe in doing the right thing for our customers, our staff and our communities. That means being responsible in how we do business and acting on issues that matter. We also take the opportunity to reach beyond our business to inspire others to take action and support young people to be their best.

“Sky Sports has always championed doing the right thing from a corporate stance internally and we are now ensuring that this message and actions are consistent on all of our sports productions,” she goes on. “For example, Sky Sports is integral to our Sky Ocean Rescue campaign. We’ve taken that critical issue, the health of our oceans, and identified that by inspiring action on plastics an area we can make a significant difference. We are inspiring more people to participate in sport, creating new opportunities for young people to express themselves and taking positive action to drive change on major issues in the world today.”

A decade of sustainability and reform

The team at the BBC has been working on sustainability for the last 10 years. It launched its new sustainability strategy in November this year, which is a comprehensive guide on how to make the BBC a force for green form the bottom up. The BBC had started out in sustainability looking to find operational solutions to the environmental problem, to now looking at it as a strategy.

There are three pillars to the BBC’s new strategy noted Mathieu. The first is operational, the second is industry partners, and the third is the audience, all of which create a framework for sustainability.

“The idea is to make sustainability business as usual, not an add-on,” comments Mathieu. “We’re embedding sustainability into the way we work. It’s about making it a normal thing to do.”

Around eight years ago the BBC created a ‘carbon calculator’, designed to show productions how to become more sustainable. This was handed over to the industry via BAFTA, which led to the creation of the Albert Consortium. Albert has around 15 partners, including the BBC, Sky, IMG, Channel 4 and more, all working together to, “create a critical mass across the industry for sustainability,” says Mathieu.

After the calculator came a certification standard in 2014, created and trialled by the BBC before again being handed over to Albert. Productions that hit the standard are able to put a logo on their end credits to show their production was sustainably produced. So far over 200 productions have been issued with the logo.

Comments Mathieu: “In 2016 the BBC created the third level of action in partnership with ITV, which is a course that asks what can we do personally and at work to be more sustainable. So far around 2,500 people have taken the training, which has also been handed over to BAFTA. The feedback we get is always the same; when people understand the scale of the challenge, the urgency for action, and the tools to change, they want to do it. It’s changing the culture and focusing on the solution.”

On a mission to reduce carbon footprints 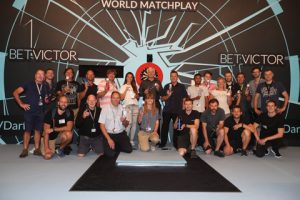 Sky Sports mission on sustainability started in 2014 when it began talks with the BAFTA team to see how the broadcaster could try to capture its carbon footprint on productions. Over the years it has been focusing on Sky’s internal processes, reviewing working practices and progressively implementing changes within Sky Sports and also throughout the industry, such as consistent crew rates across all its sports.

It was back in 2017 when the Sky Ocean Rescue Campaign started, which has encouraged Sky to ramp up its ambitions and implement some long-lasting changes into the OB world and across Sky.

Sky Ocean Rescue aims to shine a spotlight on the issues that affect ocean health, to find innovative solutions to the problem of ocean plastics, and inspire people to make small everyday changes that, together, make a huge difference. All areas of Sky including Sky Sports has embraced the campaign, practising what it preaches by removing all single-use plastic bottles, coffee cups, cutlery and sachets from all offices and sites.

Commented Finon: “We’re working to remove all single-use plastic from our products by the end of the year and working with our supply chains to inspire change. We have excellent policies on inclusivity, diversity and encouraging flexible working. For example, we have an outstanding [email protected] group and the company has just increased paternity leave to six weeks. Sky Sports is based at an award-winning campus with many staff benefits and initiatives to inspire us all to do the right thing. Sky Sports is actively engaging with these campaigns and it is this area in which the operations team has found its niche, ensuring that the strategies and initiatives that are in place are visible across our productions, from Wigan Rugby League to The Open Golf.”

Sky Sports recently trained all senior managers in carbon literacy, which is a day long course run by BAFTA focusing on climate change. The course looks at each individual’s own personal impact and what they can do professionally. “We worked closely with Jeremy Mathieu from the BBC and BAFTA to tailor the course to Sky Sports,” noted Finon.

Inspiring others to do the right thing

She added that Sky Sports has gone even further in pushing its partners to be upfront about where they stand on sustainability: “We have made sustainability part of our RFP process. Companies are for the first time being asked to disclose if they are carbon offsetting and their gender pay gap. This sends a clear message to suppliers that to engage with Sky Sports, good working practices are crucial. We also have plans to use these questions to benchmark companies, to ensure that in future years we are seeing improvements.”

Sky Sports has a sustainability plan which has short term and long term goals and covers not just the environment but also how it can encourage a diverse and inclusive workforce. Commented Finon: “We are using our influence as a large broadcaster to help others be sustainable. As an example, in March 2018 Sky Ocean Rescue announced that we are joining forces with the Premier League into the fight against single-use plastic. By working together we’re aiming to encourage and provide advice to help football clubs go single-use plastic free. And we hope to inspire many fans to #PassOnPlastic and develop new resources for schools through the Premier League Primary Stars programme. We held a summit where Sky, the Premier League, Clubs and NGOs shared their stories and ideas of how to make changes.”

Finon said: “Sky has an aim to be the most environmentally friendly media company in the world. Our strategy ensures that we consider the environment in everything we do, from the energy consumption of our buildings through to the components we use in our products and the shows we make.

“Sustainability needs to be built into every production we do, from recycling on site, to looking if opportunities for role shadowing are available to improve opportunities for progression. What we have found is the changes which we have implemented have rippled across the industry, as we are one of the larger broadcasters we have the volume of content to make and inspire long lasting changes,” concluded Finon.

The Sky Sports operations team is now working with heads of departments within Sky Sports to implement a consistent approach to sustainability. It wants to ensure that all its sports are benefitting from these crucial ways of working. An example of work in progress includes working with BAFTA to try to adjust the albert Tool to be able to apply this to sports OB’s, as the quantity of OBs used is too vast and difficult to capture in the current Albert format, stated Finon.

She continued: “We are also keen to spread the message. At Sky, we’re committed to doing the right thing and beyond this, inspiring others to do the same. Our ethical, social and environmental standards are integral to our culture and key to the way we collaborate with our suppliers, we’ve built a strong track record and we aim in the year ahead we will continue to push the boundary of our industry, and I look forward to being part of it.”

“There is a lot people can and need to do now; the key thing is to join the conversation. It’s not someone else’s problem or just something else to do. It’s time to take it seriously and do something about it. I’m keen to see how the world of sport will jump in and more to zero carbon emissions,” Mathieu says.