Thought Leadership: The audience clock is ticking for traditional broadcasters 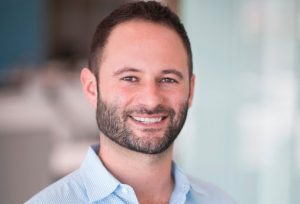 are willing to pay to watch. It’s not surprising that broadcasters BT Sport and Sky have spent billions of pounds on the rights to broadcast the Premier League in the UK. However, it may be too little too late for broadcasters as streaming services are increasing their live sports coverage.

In 2018, Amazon managed to break BT and Sky’s hold on broadcasting the Premier League and won exclusive rights to live stream 20 matches a season, at no extra cost to the company’s customers. Additionally, companies such as DAZN have been hugely popular with viewers, inking major deals that give it rights to distribute premium sports around the world.

Creating a high-quality entertainment experience for sports fans is not inexpensive or easy, which is why traditional broadcasters have typically remained leaders in this segment. If streaming platforms want a slice of the live sports pie, they need to invest in the right tools. Otherwise, they risk delivering streams that are plagued by latency issues that ultimately ruin the viewing experience. How can streaming platforms overcome the live sports latency challenge?

The answer is to NOT treat live sports streams like video-on-demand (VOD). Unlike VOD, which has different viewers tuning in at different times to binge-watch the latest TV show or Hollywood blockbuster in its library, live sports often have millions of concurrent viewers on a range of devices and platforms. These millions of viewers expect the real-time delivery and every-time availability that they get from an over-the-air broadcast.

To meet viewer expectations, content providers need to invest in tools that ensure low latency. High latency means that a live stream of a sporting event can sometimes be up to a minute behind the linear broadcast. When this happens, consumers may hear their neighbours cheering a goal or booing a penalty before the action hits their screens, which takes away the excitement from the game.

There are many recent high-profile examples of high latency negatively impacting the live sports viewing experience. During the 2018 FIFA World Cup in Russia, which attracted a huge international online audience, many viewers were streaming games from the BBC website or iPlayer OTT platform but found themselves experiencing delays of up to 60 seconds behind live. Worse yet, international media rating measurement service Conviva recorded 75.8 million attempts to stream the quarterfinals, but over 15% of these attempts failed.

Significant progress has been made to ensure ultra-low latency for consumers by increasing the speed of codecs. Streaming formats like DASH and CMAF have managed to simplify the process for HTTP-based streaming, which has reduced latency from 4-6 seconds to 2 seconds. Of course, in a live sports context, a two-second delay still means you could hear your neighbor cheering a goal before you’ve seen it. HRTC is one of the most effective streaming formats for live sports, reducing latency down to milliseconds.

Knowing what streaming formats to use to deliver a best-in-class sports viewing experience can be challenging, which is why many of the world’s largest sports networks rely on partners to manage their live streams, particularly when producing numerous events simultaneously. It eliminates the need to invest in additional infrastructure and to cart equipment from site to site. This approach is convenient and levels the playing field for content producers that are still new to live event streaming.