Guest Comment: broadcast vs mobile – clash of the titans 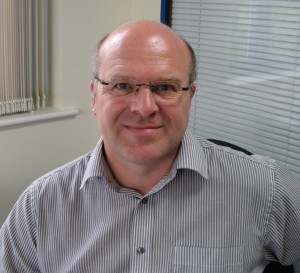 For better or worse the broadcast environment has changed, writes Vislink general manager Ashley Dove. Faced with spiralling data rates but dwindling spectrum availability, the threat of a spectrum crunch is all too familiar for those working in the industry.

Today’s broadcasters now find themselves in a position where they need to do more with less, particularly in light of growing pressure to deliver 4K video. However, when you consider that the already limited spectrum allocated to broadcasters is under renewed threat from mobile operators, the broadcast environment has become more challenging than ever before.

The mobile industry’s latest intrusion on the broadcast space comes at a time when broadcasters have grown increasingly reliant on the flexibility offered by wireless equipment. With online TV and over-the-top players becoming more popular by the day, broadcasters are seeing the greatest returns from live sports and events. Here, they can guarantee a large viewership and draw in the biggest advertising spend. The ability to transmit footage from anywhere, be that a 200mph race car, or up close and personal at a major news event, has become the attention-grabber they are looking for. However, with broadcasters also expected to satisfy growing demand for HD video, the further loss of already limited spectrum resources presents a fresh set of obstacles.

Live events by their very nature demand the ability to transmit footage from anywhere, which relies heavily on the use of wireless equipment and remote cameras. Each additional unit puts its own strain on a broadcaster’s network and, combined with the fact 4K is just around the corner, the further loss of spectrum to mobile operators presents a fresh set of obstacles.

4K is roughly four times the quality of 1080p HD, so there’s no surprise it requires a bigger slice of spectrum for wireless transmission using current encoding technologies (H.264). However, with operators steadily encroaching on the allocation for TV broadcast, allocating more spectrum for 4K isn’t always possible. Instead, broadcasters must now strive to achieve more with less.

While it’s essential to put safeguards in place to protect spectrum allocated for broadcast, it’s also important to make current equipment as efficient as possible so as not to overwhelm existing infrastructure. By using new encoding technologies such as HVEC (H.265) it is now possible to support double the data rate while still using the same amount of bandwidth to transmit high quality video. This could alleviate the pressure asserted on broadcasters by mobile operators, but only if they take immediate steps to make better use of this new encoding technology.

Due to growing demand for more advanced and higher quality coverage, live sport has become one of the driving forces behind the latest developments in broadcast equipment. This sector has become the proving ground for new wireless cameras and encoding technologies. Therefore, to protect their most lucrative revenue stream, new standards like H.265 will become crucial for broadcasters in the next five years, regardless of whether plans to protect TV spectrum are introduced.