Guest Comment: Making the beautiful game an even more beautiful experience for viewers 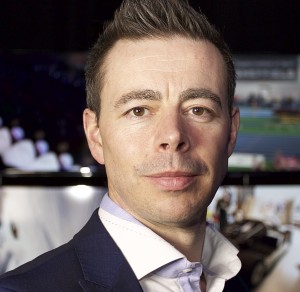 After 51 matches across 10 French cities and 108 goals shared between 24 nations, Portugal emerged as Europe’s football champions following their 1-0 win over France, writes Simon Frost, Global Head of Media Marketing & Communications, Ericsson. For the Portuguese supporters, this was their golden moment; the 109th minute goal from Eder secured the nation’s first major football trophy and an iconic memory that will be replayed again and again for decades to come. A total of two billion people watched the tournament, delivered by more than 130 broadcasters across 230 nations who collectively paid €1.05 billion for the rights to the matches.

Sports fans are a passionate breed. They demand the full experience – the blood, sweat, tears and cheers, from the couch, at the match or anywhere in between. Just look at Iceland; last month NBC News reported a UEFA statistic that around half of the entire Icelandic population watched the country’s last minute victory over Austria last month – a 99% TV audience share for that evening. While the on-field action will deliver the abiding memories, such as Eder’s winning goal, the spectacle and emotion of live matches can now be further enhanced and maximised for a wider audience.

Throughout EURO 2016, Ericsson played a major role in delivering 4G mobile coverage at all 10 stadiums hosting the tournament, ranging form the 33,000 capacity Stadium de Toulouse, through to the 80,000 seater Stade de France in Saint-Denis. Whereas once in-stadium video amounted to little more than a list of statistics, adverts and messages displayed on an electronic scoreboard or more recently, a giant video screen, today we are able to deliver extremely personalised video experiences to the spectators’ mobile device while they sit in their seat at the stadium.

Today’s fans want immediacy and the ability to watch and share pictures, social media content and a wider range of short form videos. They are demanding more connectivity than ever before and with our support, we were able to radically enhance the quality of their mobile experience. This enormous undertaking enabled thousands of fans to discover an unprecedented in-stadium experience, connecting the fans to the game like never before.

When you consider that during the 2014 World Cup in Brazil, the tournament generated 26,7TB of data traffic ­– the equivalent to 48.5 million photo uploads and 4.5 million voice calls – the importance of a high quality mobile experience cannot be understated. Ericsson’s June 2016 Mobility Report projects that video will account for around 70 percent of mobile data traffic by 2021, while Ericsson ConsumerLab research highlights that 47 percent of consumers said they now watch TV programs/and or other video content on their smartphones – an increase of 136% between 2012-2015.

The importance of the immersive experience for sport

The importance of delivering immersive content is a crucial differentiator. Today’s consumers want access to programming that stands apart in the video market today, whether the experience is enhanced through incredible visual quality, augment or virtual reality, new innovative features and games or through the delivery of enhanced facts, stats, graphics and images. This is what we have tried to achieve through the Ericsson Piero product suite, which is used by over 50 broadcasters worldwide. This real-time sports graphics software has been specifically designed to enhance and analyze sports for broadcasters and TV service providers delivering stunning, fast and accurate graphics for sports programming. The use of image recognition and state-of-the-art graphics overlays have been designed to deliver a more cost-effective, visually engaging and informative on-screen experience, using illustrative effects and statistics. During NAB 2016, Ericsson launched Piero Augmented Reality, an enhanced sports graphics product, which enables broadcasters to leverage a cutting-edge software system that enhances sports programming and delivers a more immersive viewing experience. This offering has the capacity to transform the way broadcasters display sports graphics, by taking live data and building sports graphics into a virtual studio. By using Ericsson’s industry-first technology, broadcasters now have the ability to go beyond building rudimentary, pre-built 2D graphics, and instead leverage real video or simulated graphics to highlight the key action and deliver a more compelling offering.

Since 2013, we have worked alongside BT Sport to enable the launch of a new range of high profile TV services, including the launch of the UK’s first UHDTV channel. Over the last three years, we have helped to radically enhance BT Sport’s reputation as one of the leading sports broadcasters in Europe, helping to increase the number of linear channels to four by August 2015, alongside a Freeview channel, a 4K UHD channel and seven red button channels. This was an enormous technological undertaking, particularly as the industry is still discussing the best methods for delivering and deploying UHD content. My Ericsson colleague, Matthew Goldman, discusses the subject of UHD in more detail here.

As we move into the internet era of TV, it is imperative that sports fans receive the best possible user experience, incorporating the three core tenants of global broadband connectivity, cloud-based services and the shift to mobility. By EURO 2020, we hope football supporters will be able to steam multiple UHD videos to big screens for viewers at home with additional bandwidth to spare, without the need to buffer or delay the stream. Last month Ericsson and Sprint streamed multiple UHD 4K video streams over a live 5G wireless signal, using a live 4K-camera stream from the Sprint Fan Zone in Philadelphia, to offer hundreds of fans video content within the parking lot of the Lincoln Financial Field stadium during the Copa America soccer tournament. The test further illustrates the future potential for fans to stream high quality video anywhere within a stadium environment.

Quite simply, fans want to watch premium events in the highest possible quality. Ericsson ConsumerLab research highlights that men watch over three hours of live sport a week, more than any other form of content aside from TV series and movies fixed to a TV schedule. As we move towards next month’s Olympic Games in Rio, we can expect to see an even greater drive for the most immersive, interactive, social and mobile experiences possible – regardless of the time, location or device.

Sports fans primarily care about the action on the pitch and broadcasters must ensure that the quality of that primary coverage takes precedence at all times. However to really captivate viewers and ensure their subscriber loyalty in the longer term, immersive TV must go beyond picture quality to ensuring immersion of the content itself.