Guest Comment: New developments in TV delivery can help to democratise participation sports in the UK 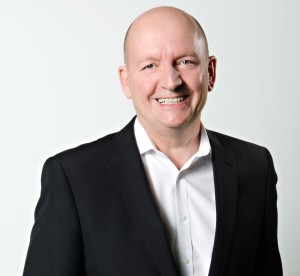 Whilst there is a significant amount of sport on TV, for the participating amateur the opportunity to keep up with their particular team or league is currently almost non-existent. But in this Guest Comment for SVG Europe, Peter Cox from multi-screen IPTV solution specialist PerceptionTV argues that this could change dramatically in the near-future.

The ten biggest participatory sports in the UK contain some surprising pastimes. Amongst the usual suspects such as football and cricket are a number of sports that have a much lower profile. Perhaps it is obvious that swimming and golf would be amongst the biggest participatory sports in the UK, but the inclusion of cycling and athletics is arguably more surprising.

The explosive growth of mobile video recording devices, combined with cloud computing, have transformed the ability of less popular sports to capture performance and share it. This was neatly demonstrated recently by the inclusion of Steph Roach alongside Zlatan Ibrahimovic, Tim Cahill and Robin van Persie among the candidates for the Puskas Award from FIFA for the best goal of the year. Roche plays women’s football and scored the goal for Peamount United. Without the ability to simply capture video on smartphones and tablets, her goal would never have been captured, shared and subsequently shortlisted.

The delivery of television over the internet has the capability to change this for good. Historically, television was very expensive to broadcast – even in the digital age the cost of broadcasting on Freeview or Sky is millions. The internet changed this; it enables anyone to upload video and keep it for free. What is missing, however, is order. You have to search for what you want to see, potentially randomly stumbling across games and players, depending on the metadata placed on the video by the users.

However, it does not need to be this way. New developments in television delivery platforms enable multiple channels to be created, broadcast and scheduled over the internet in order for them to be watched on smartphones and tablets for a fraction of the cost of traditional television. Sure, the production qualities of a video created on a smartphone will never compete with professional TV, but on the flipside there are opportunities for a serious democratisation of broadcast sport.

For example, consider hockey. It is almost impossible to watch the sport on television outside of the Olympics, yet there are more than 1000 hockey clubs in the UK, all with multiple numbers of teams playing in different leagues and different age groups. At every game there will be people recording the matches, so why not sort this content by league and broadcast it through an IPTV platform?

This could prove to be a significant opportunity for sports that do not currently receive much in the way of airtime. Taking the hockey example further, the sport’s governing body could create an IPTV platform to show highlights from leagues across the UK, enabling participants to relive their moments of glory. The ability to watch other teams in the league also provides an active opportunity to ‘scout’ future opposition. Combine this with promotional and instructional videos, national and international games, and you have a resource to showcase best practice, learn new skills and – perhaps best of all – capture your own performance in the sport.

The biggest challenge that society faces in the next 30 years is changing the mindset of the population to become more active, reducing the demands on health services as people live longer. Sport has a huge part to play in this, yet participation numbers are not currently rising. By combining the ease of capturing and broadcasting footage with a professional, channel-based solution, presently less popular sports can begin to enjoy the profile of major sporting events. The era of niche television has arrived and sport should play a major part in its development.