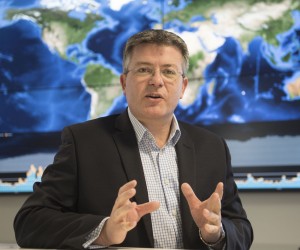 Ahead of the Rio games this summer we predicted that a large proportion of the audience would view the global sporting event over the Internet, writes Ian Munford, Director Product Marketing & Enablement, EMEA at Akamai Technologies. Looking at the massive rise of online audiences for other recent major events, including the 2016 European football championships and the Super Bowl earlier this year, we anticipated some outstanding peaks and volumes in traffic and we were not disappointed.

The exceptional records set on the athletics track, in the swimming pool and at most of the other venues in Brazil set heights that were equally matched by the number of people streaming the action. Akamai provided support to over 50 different broadcasters and partners with rights to the games, which enabled us to assess overall digital viewing figures, and the events that attracted the highest audience.

Over the first three days of Rio, the Akamai Intelligent Platform delivered more video traffic than for all 17 days of the London games in 2012. After five days we exceeded the total for the Sochi winter games in 2014; and three days after that we outstripped London and Sochi combined. Overall the games in Rio marked one of the largest live sporting events that Akamai has ever helped to deliver with over 13.3 billion minutes of content streamed.

In line with other sporting events this year, we also witnessed a rise in the average bit-rate of video being consumed to 2.6Mbps. This is higher than any other live global sporting event delivered by Akamai to date. Of course, with every year that passes it becomes easier for an international audience to consume digital streams. Broadband connectivity improves constantly, and we have seen an exponential rise in the proliferation of mobile and connected TV devices, social coverage and immersive experiences. What the Rio games illustrated, however, is that it’s not so much about the linear TV experience, but about the new viewing model that’s taking hold, and which can deliver a more immersive, high-quality digital experience. It is also what we can expect as other sporting events come along. The shift to on-demand consumption led primarily by millennial and younger audiences, means that more viewers will use connected TVs and mobile devices to deliver the action at a time, on a device, and in a place to suit them.

The summer of sport that we have just experienced has reinforced what our industry already knew. That sports fans want the flexibility of digital viewing on their chosen device and they don’t want to compromise on quality, so we must continue to invest and innovate to ensure that HD- and soon 4K-quality streams can be confidently delivered at scale for the next big sporting spectacle.