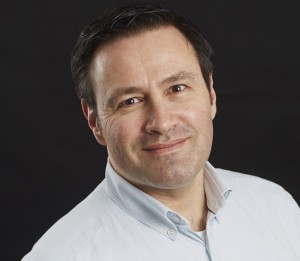 Live sports production has relied on IP technology for well over a decade now, albeit indirectly through its reliance on contribution links provided by telecom service providers, writes Olivier Suard, VP Marketing, Nevion. The telecom industry moved to IP at the turn of the century and has now built extremely robust and performing networks with unprecedented capacity that are eminently suited to broadcast contribution.

To some extent, broadcasters and production companies using the services have not been particularly concerned about the underlying technology; they were satisfied that the signals were transported fast, reliably and more cost-effectively than other methods (e.g. satellite), and that what went into the network came out the same at the other end – to them, this was just a pipe. Indeed, the production workflow did not change substantially as a result of using IP technology: the same equipment and production crew would still be on-site.

However, as IP connectivity became more plentiful and cost effective with latencies well below those of satellite links, broadcasters and production companies started to realise that the technology had the potential to radically change the workflow and the economics of sports production.

Whatever the size of the production, IP technology means more signals can be transported uncompressed or lightly compressed from the venue to the central facility with sub-frame latency, enabling the bulk of the production to take place centrally. That makes the entire operation much cheaper and more flexible, by reducing the number of production staff on-site and enabling those staff to produce more than one event without needing to travel. This is obviously of particular importance for the higher-end events (such as the Olympics or The Super Bowl), where the cost of broadcasting rights and content licensing is quickly escalating, but it also means that low-end events (such as minority sports) suddenly become much more financially viable. For example, when PAC-12 switched to IP remote production, they estimate they were seeing average cost savings per live event of $12,000 to $15,000, across the 850 college events they cover each year.

As IP network capacity continues to grow and transport costs continue to reduce, remote production becomes more and more compelling. Some major broadcasters are already relying on upwards of 20 different uncompressed feeds from each stadium in a major soccer league – a number which is set to grow to 40 in the coming season.

Latency is a crucial factor in live production, but uncompressed HD signals can travel upwards of 200 kilometres per millisecond. That means feeds can travel hundreds or even thousands of kilometres within a frame, making remote production technically viable for most events.

What makes all this possible is a media-specific layer on top of the telecom networks. The networks themselves are carrier-class, i.e. fast and ultra-reliable. Nonetheless, they cannot be fully relied upon to ensure that signals are transported to “broadcast-class”. Equipment, such as Nevion’s Virtuoso, is needed to provide the adaptation, aggregation, encoding, protection and monitoring of the signals to the standards expected by broadcasters in a production environment.

The other important factor in making telecom networks fit for broadcast purposes is the management and orchestration layer. Broadcasters need to be in control of their network requirements, and should be self-sufficient — for example in setting up and tearing down links as they need them – without having to deal with the minutia of IP networks. And that means that they need to have a system, such as Nevion VideoIPath, that provides them with broadcast-centric connection management, service assurance and network inventory capabilities.

As IP technology now begins to make inroads into the facilities, there is the very real possibility that the responsibility of on-site production could disappear completely (for some productions at least). There is a convergence underway of wide area networks (WANs) used for long distance transport and local area networks (LANs) used in facilities which means that remote sites, such as sports venues, can be viewed as extensions of the central production facility rather than separate entities. The introduction of standards such as SMPTE 2110, as well as the emergence of virtualisation and Cloud technology, is bringing the prospect of completely remote production closer to reality.

Of course, there are some hurdles that must be overcome if on-site production really is to disappear. Firstly, the increasing number of feeds required by broadcasters could prove to be an issue, even as the cost of transport comes down. Audiences are demanding more details with every broadcast, whether it’s having one camera focused on one particular player during a football game or being able to watch the live action from multiple angles, and so being able to transport all these additional feeds while maintaining cost efficiencies could prove to be difficult. This problem is exacerbated by the growth in definition and quality through 4K and HDR technologies respectively, which demand additional network capacity.

Whether this will happen remains to be seen, but what we can be sure of is that IP will continue to revolutionise broadcast production, particularly within sport. As more of these broadcasters implement IP infrastructures into their workflows, we could even see the technology being used in the future to control cameras remotely from the main broadcasting studio. Its potential is limitless, and its influence on the industry has only just begun.