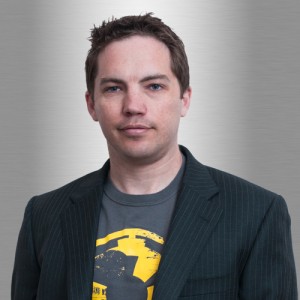 Earlier this month, along with other industry partners and our customer BT Sport, we produced a live linear broadcast of the UEFA Champions League final in 4K and High Dynamic Range (HDR) writes Richard Cranefield, Strategic Product Manager Playout, Ericsson.

HDR is a technique that allows cameras to capture, and televisions to display, a much wider range of contrast; the difference between the deepest black in a picture and the brightest white. Increasing the range of contrast captured gives the image an appearance of greater depth and looks more like real life.

To some in the TV industry, HDR is viewed as the next ‘3D’ — a gimmicky technology, introduced to sell new televisions that ultimately viewers just won’t engage with. But I disagree. I believe that at a time when the future of linear playout is very much centred around live event viewing, HDR is a game-changing creative tool that, with no effort from the viewer, can create a transformative entertainment experience in a way that bog standard resolution increases have not.

Nowhere is HDR more useful in live broadcasting than in football. With televised matches often blighted with the high contrast nightmare of half the pitch being in bright sun and half being in shadow, following game play can often be difficult for the viewer at home and the vision engineer racking cameras in the OB. HDR allows for such a wide range of contrast to be captured and reproduced that football’s deep shadow issue goes away and viewers at home get far closer to the experience of being in the stadium.

This increased contrast ratio of HDR can also be accompanied by Wide Colour Gamut (WCG), which adds even more reality to the home viewing experience. WCG adds to the contrast increase of HDR and enables TVs to define and display far more accurate colours — colours so deep or vivid that they were not possible to reproduce with subtlety on a standard range display. The green colour band in particular benefits from the use of WCG, which is great for all sports played on grass (roll on Wimbledon!). Monotone courts and pitches are transformed into lush, detailed fields.

There are challenges for broadcasters and content producers in making both HDR and SDR content without running parallel production stacks, but I have no doubt that this will be overcome in time as technology matures as it did with the SD to HD, and HD to 4K evolution.

The challenges of adoption for the user are less difficult. With reasonably priced HDR-enabled TVs now available and without the need to wear special glasses, the clarity and crisp bright images of next generation entertainment experiences are within easy reach of mass market consumers with minimal effort.

HDR is a new creative tool for drama production and an immersive tool for live event production that really gets the viewer closer to the live experience. After a few years of being on the cusp of yet another possible change in viewer experience, the technology is finally here — along with the content to match. Low consumer effort to adopt coupled with a huge change in viewer experience should make it stick in a way that 3D did not. I’m really looking forward to seeing more live HDR events on our screens in the very near future.