Guest Comment: The impact of IP on sports production 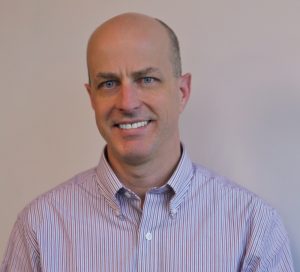 In less than two weeks, at IBC2018, the IP Showcase will feature 36 IP installations from all over the world: Europe, North America, South America, Asia, and Australia, writes Michael Cronk, Chairman of AIMS and VP of Core Technologies at Grass Valley. Of these installations, 25 percent will be OB trucks or centralised facilities for remote production. Some of these, and many other successful IP installations, have been chronicled by SVG and SVG Europe. Clearly more and more sports production companies are building IP trucks and facilities, and from the vantage point of the Alliance for IP Media Solutions (AIMS) it seems that the impact of IP on sports production applications has been disproportionately strong compared to other live studio applications.

Why has the impact been so strong? Having spoken with many people responsible for these installations, there are several key benefits that IP offers that are compelling for sports production.

Scale is one of those benefits, and one of the first reasons mobile trucks were compelled to consider IP. With SDI routers, it is difficult to scale beyond 1152 inputs by 1125 outputs. A few years back in the U.S., as production demands for cameras and monitoring grew for sports such as golf and NASCAR, companies such as Game Creek Video and NEP turned to IP routing to build larger trucks in their fleet.

In another more recent example, NEP in the UK built an IP system that was the equivalent size of a 3000 x 3000 SDI router. What is particularly instructive in that example is that the system was not built as one massive monolithic system. It was comprised of multiple OB trucks and flypacks connected together. This scenario illustrates that with IP, one can build flypacks at a small scale but utilize the same equipment to achieve tremendous scale. This scale, in turn, allows production staff access to more signals and more monitoring than ever before.

Another key benefit of IP that is making an impact in sports production is format flexibility. By its nature, IP can carry any data, and if the IP switch has sufficient port speeds, the same infrastructure can carry SD, HD, UHD, and compressed video flexibly without requiring anything new. Format flexibility on existing infrastructure has been a key driver in the adoption of IP in mobile production, especially in countries that are investing heavily in UHD. For example, in the U.K., where BT Sport and Sky both broadcast Premier League in UHD, mobile companies needed a technology that allowed them not only to bid on UHD Premier League contracts and handle HDR, but also gave them the flexibility to use their trucks for HD work as well. Enter IP. As we approach autumn 2018, mobile companies Arena TV, NEP and Timeline in the UK all have made significant investments in IP and can support HD, UHD, and HDR.

All systems have bandwidth limits, but IP is far more flexible (and has higher bandwidth) than SDI. Moreover, the SMPTE standard for video over IP, SMPTE ST 2110-20, supports 4:2:2 and 4:4:4 colour space. It supports 10-bit, 12-bit and 16-bit pixel depths. It supports resolutions all the way up to 32K x 32K images (far exceeding even 4K or 8K image resolutions). In other words, the combination of IP port speeds and the design of the SMPTE ST 2110 standard enables one to build a format-flexible network far beyond what is traditionally possible with SDI. Mobile companies that must provide UHD production services are taking advantage of this fact.

A third key benefit of IP is its suitability for remote production. The use of IP for remote production is not new. Organisations such as the Pac-12 Networks have been using IP signal transport between centralised control rooms and cameras at venues for some time. However, as more and more production infrastructure and equipment becomes native IP, expect to see more and more innovative workflows that save significant production costs while maintaining production values. At the time of this writing, SMPTE is in the process of drafting a key new standard, SMPTE ST 2110-22, for constant-bit-rate compressed video. This future standard promises to open up additional workflows and opportunities for remote production. As we move forward, the impact of IP on sports production will only increase.

For those who will be at IBC, I invite you to visit the IP Showcase located at the RAI in room E106. Sponsored by the Audio Engineering Society (AES), AIMS, Advanced Media Workflow Association (AMWA), European Broadcasting Union (EBU), Society of Motion Picture and Television Engineers (SMPTE), and Video Services Forum (VSF), the IP Showcase will feature eight separate demonstration areas comprised of equipment from roughly 60 vendors, all operating under the SMPTE ST 2110 standards and demonstrating the benefits of IP. In addition, the IP Showcase Theatre will feature a full schedule of presentations on the half-hour throughout the show. Whether you are new to IP technology and applications or are a seasoned veteran, the IP Showcase is a great place to both see what is possible today and get a glimpse into the future.