Guest Comment: Winning the game for sports broadcasters with 4K 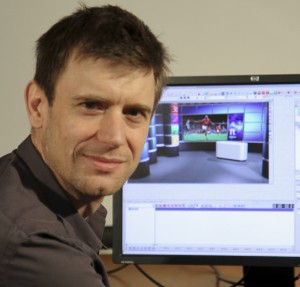 The appetite for 4K among wider audiences is still up for debate – however, one element that is definitely clear is the fact that sport leads the field when it comes to UHD applications, writes Luke Harrison, technical product marketing manager at RT Software.

From the 2014 FIFA World Cup, to golf’s Ryder Cup tournament, the majority of 4K trials have all been driven by global sporting events. It is no coincidence that Europe’s first-ever 4K channel, set to launch in a matter of weeks, will cover wall-to-wall sport, as BT Sport launches its Ultra HD channel to broadcast entirely in higher resolution format.

Potentially, millions of sports fans across the continent could soon be viewing the finer, visual details on their UHD enabled screens, and enjoy crisper, cleaner pictures of their favourite sporting action. The question is, who and what is driving the demand? The hardware manufacturers and the individual broadcasters, the consumers, or even the various sporting bodies?

The answer is probably a combination of all of these factors. From a manufacturers’ perspective, some may have exercised a degree of caution having had their fingers burnt from rushing into the 3D phase; however, most are certainly happy to advertise their UHD screens as the next big thing to consumers. For broadcasters, sports coverage is clearly fiercely competitive, and a 4K offering that takes advantage of the latest developments in technology could be the key differentiator that helps their channel win the ratings war.

The sporting bodies, selling the rights to the some of the biggest, most watched global tournaments are also benefiting as broadcasters pitch their bids ever higher to secure the programming rights for their UHD coverage. For viewers, who are already used to seeing the most compelling and dynamic coverage of their chosen sport, 4K pictures may be the only way to satisfy their increasingly high levels of expectation in the future.

One fundamental factor that has driven the appetite for 4K/UHD is the various technological innovations that have progressed at such a rapid rate, pre-empting the 4K production demand. Some of the most forward-thinking channels have already started to invest in the latest UHD equipment in order to offer the level of quality that sports fans demand.

In the 4K/UHD trials that have taken place so far, the strongest visual aspect has been the astonishing clarity of the live sporting pictures. The huge jump in resolution allows the viewer to see incredible amounts of detail, from blades of grass on pitches to individual faces in the crowd. During the one recent football match, Sony actually put adverts on blades of grass and boot studs, which could only have been seen with an Ultra HD-ready TV.

In the sporting arena we are also seeing an emerging trend for 4K/UHD real-time graphics solutions, in a bid to produce the most advanced overlay and sports analysis. The capabilities of these sports graphics solutions are wide-ranging, with on-pitch telestration graphics such as lines, arrows and regions for in-depth analysis, and also virtual advertising and jumbotrons for use during live games. Virtual advertising solutions are also now in action every weekend during the season and deliver results that are indistinguishable from the painted adverts on the pitch.

Real-time graphics products from RT Software were used in partnership with graphics services company Moov during a number of transmission tests in the UK. The field tests saw the systems perform flawlessly, and RT Software’s 4K tOG-Sports system has since been used by a number of broadcasters.

Another offer from RT Software is its 4k Stitch solution, tOG-Vista which has already been successfully trialled in the sports sector. The solution is expected to boost more applications in remote production as it consists of two 4K static cameras mounted close to each other at the field of play, so the ‘camera operator’ could effectively be anywhere. The output from the cameras is fed to a single broadcast specification PC-based workstation which can then stitch the two 4K camera outputs into a live panoramic view. Using joystick controllers two independent HD ‘areas of interest’ can be defined in real-time within a panoramic stitch view and output live as two HD SDI signals. When the channel wants to zoom in on the live action, controllers can be used and the system can be configured for either single or dual operator use.

4K/UHD may still be in its infancy, but it looks set to become far more established in the coming years. Consumers are already committing themselves to 4K/UHD screens, and there are practical discussions and plans among major broadcasters and production companies regarding the generation of 4K content. By September, BT Sport will be screening its first 4K Champions League Games, and as technology in the arena becomes more cutting-edge and accessible, the future of 4K/UHD in sport is looking a lot clearer.