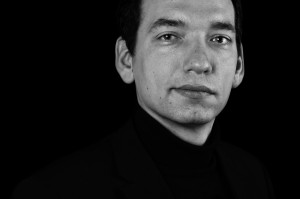 Michael Harrit: “The next few years will see exhilarating changes across the European broadcast and media sectors”

Sony Professional Europe has announced the appointment of Michael Harrit as its new Head of Marketing for AV & Media Solutions. Harrit will take over the position from Olivier Bovis, who will be moving to a new role as Director of Sales for Sony Professional Europe. Based in the UK, Harrit will harness international experience in strategic planning and embracing new technologies, using insight gained from roles in the Danish Broadcasting Corporation and multimedia consultancy Multi Media Consulting within Niras.

Harrit will oversee the clear communication of Sony’s strategy as the company continues to develop market-leading solutions which address the needs of media organisations of all sizes. Harrit commented: “The next few years will see exhilarating changes across the European broadcast and media sectors, particularly as we witness the convergence of IT and broadcast. I’m thrilled to be working with a company as prestigious as Sony, and excited to take a leading role in articulating the company’s strategy in the market. In particular, I look forward to meeting with all of Sony’s customers, listening to them, and understanding where their challenges lie.”

Adam Fry, Deputy Vice President at Sony Professional also said: “Michael’s invaluable experience, in both broadcasting and strategic multimedia consultancy, means that he already has a crystal clear understanding of the needs of our customers. Sony’s reputation for technological excellence and innovation is built on and driven by unparalleled understanding of the media and broadcast industry, and this is exactly what Michael brings to the team.”

Harrit joins Sony from a position as acting director of technology for a new media centre in Moscow, as well as an executive advisor to the board of one of Russia’s largest commercial TV station.