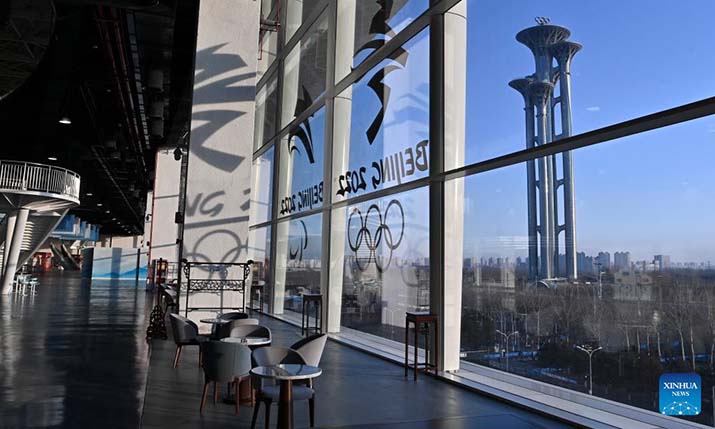 Olympic Broadcast Services (OBS) and the Beijing 2022 Winter Games are investing heavily in UHD HDR and immersive sound as all the sports sessions, the Opening and Closing Ceremonies and the Medals Plaza Victory Ceremonies will be natively produced in UHD HDR, with immersive audio.

Isidoro Moreno, OBS’ head of engineering, says all rights holding broadcasters will receive the output in HD 1080i SDR as per Olympic standards.

“OBS has created a single HDR to SDR production workflow model that will allow the trucks to generate an HD 1080i output via high-quality conversion from the primary UHD HDR signal,” he explains. “Almost all of the content will be produced natively in UHD HDR; however, OBS will also rely on several specialty cameras that at this time can only operate in HD 1080p SDR.”

The video source of those cameras is being up-converted to UHD HDR in order to be seamlessly integrated into the main production so that there are no perceived color brightness differences.

“A full internet protocol (IP) infrastructure has been built to support the transport of the UHD HDR signals for the contribution network,” he adds. “The OBS Venue Technical Operations (VTO) team has developed a set of look-up tables (LUT) in-house to maximise the quality between all cross-conversions from/to UHD-HD and HDR-SDR.”

For Beijing, the SMPTE 292 standard is used for the production of the 1080i/50 HD-SDI signal as OBS will follow the 50Hz specification. RHBs can also receive the international signal in UHD HDR. The UHD production will adhere to the SMPTE 2036-1 standard and follow the 50Hz specification. The HDR standard will be Hybrid-Log Gamma (HLG) while the 5.1.4 audio configuration will be provided for both standards.