There were notable additions in the high-speed camera stakes at NAB, including new models from Grass Valley and Panasonic. In a unique two part look at key camera developments at this year’s NAB, leading broadcast acquisition writer David Fox takes us through some key camera launches and how they are already being used by some European sports broadcast operators.

Grass Valley added four new high-speed cameras to its LDX range, including two 6x models: the LDX XtremeSpeed and LDX Compact XS. The cameras offer up to 300 (50Hz) or 359.64 (60Hz) 6x frame rates in 1080i and 720p, plus 150 or 179.82 3x frame rates in 1080p, alongside a 1x standard speed live output, and can output ultra slow-motion video without waiting to transfer clips from an internal storage device or missing any on-field action.

There are also two new 3x cameras, the LDX HS (HiSpeed) and LDX Compact HS, the successors to the LDK 8300. Both are software upgradable via GV-eLicenses to 6x.

“The 6x speed workflow with the LDX XS is identical to the regular 3x speed super slow-motion workflow,” said Klaus Weber, director of camera technology, Grass Valley. Playback can be started the instant the material has been recorded. 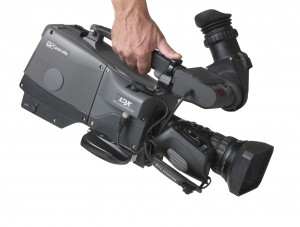 The only difference is: 3x workflow has three 1.5G HD-SDI signals recorded to a server, while the 6x workflow needs three 3G (dual-link) HD-SDI signals — “the server separates the two 1.5G signals per 3G link internally),” he explained.

“The main difference of the LDX XS when compared to other ultra slow-motion camera systems is that the playback is instantaneous without the need to download the material from a buffer recorder inside the camera head. And because of this, every single frame produced by the LDX XS camera will be recorded onto the server and can be used at any time for highlight editing, etc.”

Grass Valley’s K2 Dyno replay system has a new AnySpeed feature: a dynamic playback algorithm that smoothes playback at any speed from zero to 200%, in any speed transition for 6x playout, and in either 720p or 1080i simultaneously regardless of the recorded input. “For example, a replay sequence can start with regular (100%) speed and slow down smoothly to 1/6 of that speed when the action becomes interesting— then speed up again to regular speed. With this feature, the time needed for playback of a complete replay sequence is reduced and all important motion information can be shown.” Super slow motion functionality in 6x speed is also supported by EVS and other compatible systems.

Reducing the exposure time from 3x up to 6x speed halves the sensitivity, however Grass Valley’s Xensium FT CMOS imagers offer, in 1080i, more than double the sensitivity of the FT CCD imagers used by its previous LDK 8300 3x cameras. In progressive formats, “the CMOS imagers offer another 6dB gain in sensitivity compared to all CCD imagers. This means that the S/N-ratio of the LDX HS and LDX XS is almost double the sensitivity of the LDK 8300. Therefore the LDX XS in sextuple speed operation offers more sensitivity and noise performance compared to the LDK 8300 in 3x speed operation. The exact differences depend on the video format and can be around 3-9dB,” explained Weber.

To eliminate light flicker in ultra and super slow motion, the cameras come with AnyLightXtreme. There is also a new fibre transmission, the XCU XtremeSpeed XF Fiber, which utilises the same XCU cradles as its single-speed range of XCU base stations. Because the XCU’s cradle can be pre-mounted and pre-wired in the rack, it can be easily transferred between OB vans or studios.

The first European buyer is the Netherlands-based rental house Broadcast Rental, which has bought both the LDX XS and the XCU XtremeSpeed base stations and camera adapters. “The cameras deliver stunning image quality at impressive frame rates — the first time we tested them we were immediately impressed,” said Geert Paul Slee, CEO at Broadcast Rental.

Other orders have come in from US OB companies Mobile TV Group (MTVG), which bought 16 LDX XS cameras and eight K2 Dyno Replay Systems for live sports coverage for seven OBs for Fox Sports regional networks and one for Root Sports Rocky Mountain (with plans to order further 6x packages), and Lyon Video, which bought two LDX XS cameras after testing them on NHL Hockey for Fox Sports.

“The initial camera that we tested was used to follow player action in the rink, and we were immediately impressed with the camera’s capabilities,” said Lyon Video’s President, Bob Lyon. “Even under the indoor lighting conditions of the hockey rink, the LDX XS was powerful enough to capture 6x speed imagery with top-notch results.”

Philip Garvin, MTVG’s general manager, said the company had planned merely to trial the LDX XS and K2 Dyno, “but after we saw the stunning image quality and ultra slow-motion instant replays from the new workflow, we decided to go ahead and order the gear immediately. […] The 6X images from the LDX XS captured such fine detail, and the speed of the K2 Dyno, which includes AnySpeed dynamic playback, was truly unmatched.”

AJA Video Systems made a big splash at NAB with its first ever camera: CION, a 4K camcorder with a Super 35mm-sized sensor, with global shutter and 12-stops of dynamic range, that records using various Apple ProRes codecs, including 12-bit 444.

The PL-mount camera will shoot at Cinema 4K, Ultra HD, 2K or HD resolutions, and may initially appear to be more suited to documentary or drama production than sports, but its price ($8,995) and a couple of other key features mean that it should also have applications in sports production.

It can output Raw video at up to 120fps, although this requires additional equipment. “Internally, the current maximum frame rate for recording at 4K is 60fps at ProRes 422 to the AJA SSD Pak Drives. This covers the majority of narrative needs and most shoot scenarios,” said AJA’s Product Marketing Manager, Bryce Button. However, “sports entities have for some time worked with our Corvid Ultra and TruZoom package for HD extraction from 4K source at high frame rates, including 120fps, for both live and replay needs,” and the two will work together to deliver slow motion or other effects.

“The CION feeds the Corvid Ultra AJA Raw data at up to 120fps across the 4x 3G-SDI connectors,” explained Button. “Corvid Ultra debayers this in realtime and TruZoom software can be used to keyframe, zoom for virtual HD Camera moves and more.”

The other feature that Button believes will be key to sports production is CION’s “Multi-Cam support through LAN control, for sports or any live event shooting, simplifying control, clip naming and more.” Multiple cameras can be linked via Ethernet, and managed using a laptop, via a Web-based user interface that includes gang recording, and a simple Ethernet switch. 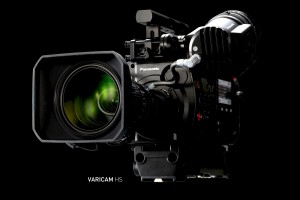 The new Panasonic VariCam HS is the third generation HD VariCam since the first in 2001, and records at up to 240fps. Its modular design allows the camera head to be separated from the recording module, enabliling users to switch between super35 and 2/3-inch heads.

The AU-V23HS1 high-speed camera head aimed at documentaries, sports or SFX slow-motion applications has three 1920×1080 MOS imagers with 14 stops of dynamic range, and 1080p native recording, and can ramp or change frame rates during recording.

Also new is the PL-mount VariCam 35, which can shoot 4K, UHD, 2K or HD and has a Super35 sensor. It will be able to output uncompressed 4K VariCam Raw at up to 120fps, which will be captured on the new lightweight Codex V-Raw recorder, which will snap on to the back of the camera.