I-MOVIX CEO Laurent Renard: “we will have shown the X10 UHD to the world’s top 20 sports broadcasters” by year’s end 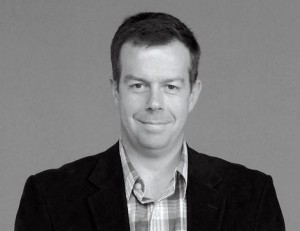 SVG Europe spoke to Laurent Renard, CEO of I-MOVIX, to establish the background to this landmark trial – and to ponder the short- to mid-term future for 4K super slo-mo.

What was the starting point for Dorna Sports’ use of an I-MOVIX system, and in what ways did the company support the deployment?

One week after NAB I contacted Sergi Sendra, director of the TV Production Department of Dorna Sports, and informed him about the availability of our X10 UHD in 4K 2x super slow motion and 4K high-speed mode at up to 1000fps. A conference call followed and we eventually managed to set up two Grand Prix (the eni Motorrad Grand Prix in Germany and the Silverstone 2014 Race) thanks to the cooperation of our Spanish partner, Logo2Producciones, which supplies its services to Dorna.

The image quality in 4K provided by the X10 UHD might be comparable to other systems, but the motion performance (either 2x super slow motion or the ultra slow motion at up to 1,000 fps) has no equivalent on the market. The X10 UHD outperforms in enabling cleaner images and also in terms of the quantity of images and details it can capture per second.

Dorna Sports really explored a lot of the creative potential of 4K and HD ultra slow motion in a range of different ways.The gorgeous and dramatic images the X10 UHD produces can be used to bring unprecedented richness and sophistication to live sports production.

What was particularly unusual or innovative about this particular deployment at the German MotoGP race?

It was a first true 4K 120fps continuous broadcast and also continuous 500 fps in HD. I would also like to highlight the outstanding HD extraction from 4K images in real-time without any motion blur at up to 1,000fps in ultra motion. This is a huge improvement when we evaluate the performance of other systems’ motion in 50 or 60p especially when they utilise compression. The X10 UHD super slow motion 2x or up to 1,000fps ultra motion enables a unique result either in terms of image quality and details or slow motion.

What was the feedback from Dorna about the use of the I-MOVIX system in this project? And were there any comments made that will likely be useful in future R&D/product development?

Everyone at MotoGP was impressed by the quality of our 4K images. We enjoyed working with Dorna because they are always at the cutting edge of TV sport production. Sergi Sendra and his team are very passionate about MotoGP, and they always provide great suggestions for our R&D. Their inputs regarding the  HD extraction from 4k have been very valuable to us.

Finally, what other current sports-related 4K projects that I-MOVIX is involved with can you tell us about?

Many key broadcasters are now willing to test the future of  slow-motion broadcast. Therefore, this is quite a promising timeframe for us.

We were with BskyB at the Ryder Cup in 4K and we’re having a great success with NFL in the States through Fletcher Chicago. Upon customers’ request, we were very enthusiastic about utilising, for both projects, the Evertz Dreamcatcher in combination with our X10 UHD. The Evertz HD extraction from 4K is a great asset on top of their outstanding server.

By the end of this year, we will have shown our new X10 UHD  to the world’s top 20 sports broadcasters. We’re very excited about that and very curious about their feedback.