Look anywhere in the many halls of this year’s IBC Show, and one of the most pressing issues being addressed in the future of live media viewing experiences – particularly in sports – was latency. That delay (or, ideally, lack thereof!) between delivery to various devices across the consumer landscape was the talk of the town, and few (if any) shown brighter under that microscope than Limelight Networks. 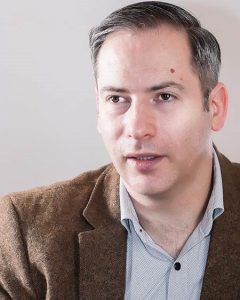 The company received numerous awards – including a IABM BaM Award and a TVBEurope Best of Show – for its new Limelight Realtime Streaming solution, which debuted for the first time in Amsterdam. According to Limelight, it’s the industry’s first globally scalable, sub-second live-video-streaming solution that leverages the industry-standard WebRTC format, which, in turn, helps natively support it in all traditional major web browsers.

“We’re seeing demand from the sporting industry and the gambling industries to deliver consistent sub-second latency across multiple devices,” says Steve Miller-Jones, Limelight Networks’ VP of Product Strategy. “We’re seeing demand from the sports industry to have some ability to address the latency between devices, as you don’t want to hear cheering in another room or to be spoiled by social media. Those kinds of latencies. We’ve developed a solution to address those issues and be, we believe, first to market with end-to-end solution for ingest, broad distribution, and at-scale delivery of a WebRTC format that, of course, then gives us sub-second latency, and it supports natively in many devices and many of the modern browsers today.”

Limelight Realtime Streaming is built around the idea of providing a service that can scale the delivery of WebRTC while still wrapping it around all of the features expected from a high-end CDN; things like multi-ingest, primary and backup ingest, streaming security and authentication, multi-bitrate and AVR output, geographic restrictions, and more.

It’s that added layer of extremely low latency with the flexibility of the WebRTC format that Miller-Jones believes opens the door for exciting digital-sports experiences to come in the very near future.

“The WebRTC format also supports the concept of shared data object in the stream, which opens up all of the use cases for interaction during streaming events, interaction with the client back to the service layers behind it for betting, social media tracking, and ad overlays,” he says. “We feel the real-time part of the product is very exciting, but what the format presents to the industry is a really good platform to begin developing these rich and immersive experiences with true integration going on.”

The connection to sports betting, which is legal in most of Europe and was recently opened up for legalization across the United States, is a logical one. In fact, Limelight already has the sports data experts Sportradar on board as a client of the new service.

Already one of the top CDN providers in the world, Limelight Networks has truly positioned itself as a leader in the battle against latency over the past year. Back at the NAB Show, the company began pushing a new WebRTC-based live streaming solution that would grow to become Limelight Realtime Streaming. The company published an intriguing white paper tackling the issue of latency in real-time streaming over the summer. It’s also already become a trusted partner of one of the biggest direct-to-consumer sports-streaming services, DAZN. Limelight solutions were utilized to broadcast, for example, J. League soccer from Japan to the rest of the globe.

“We’ve had to watch the market to produce that continuum or different options for latency,” says Miller-Jones. “It’s been a constant talking point this year.”

Miller-Jones, who was elevated to his current post earlier this year, is excited at the position that Limelight has put itself in moving forward as streaming becomes a bigger and bigger part of the consumer’s media behavior. Looking ahead, he outlined to SVG that, as a private network, it’s important for Limelight to consider taking advantage of the compute capacity, networking capacity, and distribution capabilities that they possess to “enable elastic and horizontal scaling of services and to deploy those locations further toward the network edge; the ISP consumer edge for consumption or for processing.”

“I think a really key part of the equation, alongside broad scale and scope of distribution,” he continues, “is how do we continue to offer a platform-based service that can be customized enough for individual customers’ needs, rather than us thinking ‘what’s the key feature set of our product?’”