One of the common themes that emerged on the streaming side of the aisle at this year’s IBC Show was that the expectations behind both the quality and – perhaps most noticeably – the scale at which video delivery is taking place in the industry is turning heads. 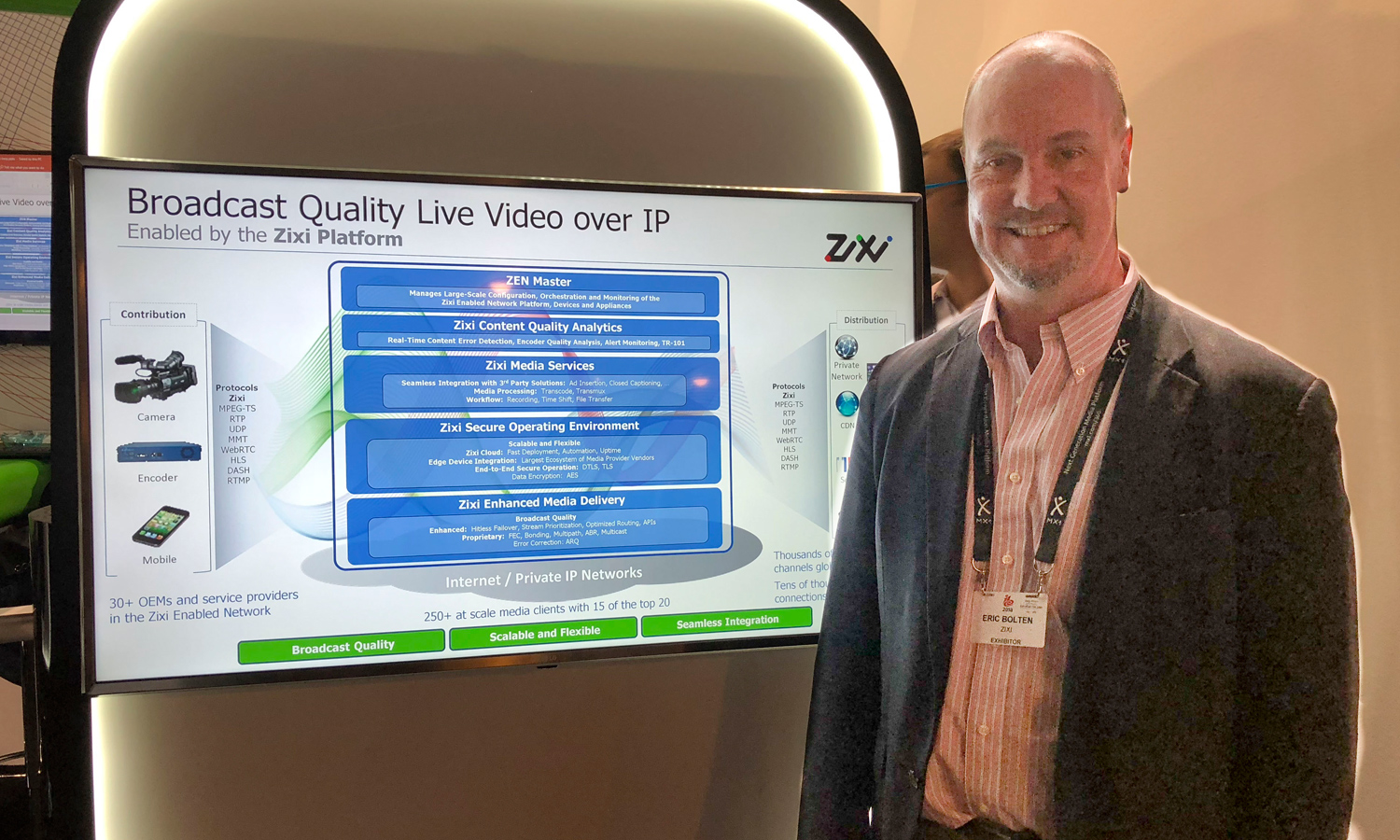 Look no further than Zixi, which further bolstered its ZEN Master platform with the introduction of Content Quality Analytics, providing video distributors with a deeper look at and more in-depth control over the performance and delivery of their streaming traffic.

The company has long provided its clients with network statistics, tier 1 analytics, and other critical information like packet loss, but with the sheer scale of streaming productions growing, Zixi responded by cranking up the control users have when delivering video over managed and unmanaged IP networks.

“This is actually able to give a view into whether audio frames and video frames are correct,” says Eric Bolten, VP, Strategic Account Development, Zixi. “You can have a more balanced understanding of your source and your piece. While we were payload aware, we are now able to look inside and see the different audio and video elements. It’s very handy to know, ‘is my encoder performing well?’

“When you get into confirmation of perfect delivery and root-cause analysis between partners,” he continues, “it’s just very helpful to know that the glass was intact when it left the building and that the glass is perfect when it arrives at the delivery spot.”

Bolten also shared with SVG another effort that Zixi was showing off at the show, the idea of Hitless Failover. This solution, the company believes, can hit stabilities that rival – and even exceed – that of satellite uplink. It’s based on the SMPTE 2022-7 standard, which is designed for a managed IP network, and Zixi is using it to deliver across unmanaged IP networks over the open internet.

Bolten notes that Zixi has applied a patent-pending DNA sequencing algorithm on top of the Hitless Failover service that is able to reassemble pieces of video on the fly. If a distributor has a primary, secondary, or even third and fourth levels of stream coming out of a common encoder, Zixi will see that traffic and rebuild it on the fly, clean it up, and deliver it.

Using the public internet for delivery of high-caliber sporting events has rapidly become a growing trend in the transmission industry over the past handful of years, growing at a much more rapid pace than many industry analysts would have guessed. With its “five nines” of reliability, Zixi feels it has bridged that gap with other methods of video delivery.

“The idea that IP in general,” says Bolten, “can give not just the flexibility but the uptimes that people have always had with satellite and do in addition to satellite. It’s a big deal.”

In other news, Zixi also shared at IBC that it would support Pixellot, a leader in automatic sports production, with 40,000 production hours per month expected by end of 2018.