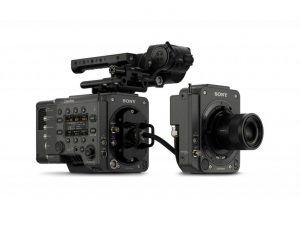 Sony’s (stand 13.A10) VENICE motion picture camera, which has been embraced by the production community, will enhance its usability and flexibility with the VENICE Extension System and Version 3.0 firmware updates in February 2019. The lightweight (4 pounds with PL mount and 3 pounds with E-mount), easy to use tethered extension system allows the camera body to detach from the image sensor block with no degradation in image quality, from 9 or 18 feet apart, offering a highly configurable and portable method of operation. The new Extension System is compatible with existing and new VENICE cameras. A user can quickly configure and freely use only VENICE’s image sensor block to capture uncompromising imagery on site, customizing the camera for specific scenarios.

As shooting environments and capabilities become more advanced and demanding, VENICE users can expect the same image quality and integrity when using the robust Extension System, which enables VENICE to become highly mobile and discreet for many mounting setups and filming scenarios including use with gimbals, handheld stabilizers, underwater and helicopter housings, and 3D/VR rigs, as well as in tight and unconventional spaces, such as in vehicles, on cranes, or Russian arms.

After detailed discussions and further collaboration with James Cameron’s Lightstorm Entertainment, a prototype of the VENICE Extension System was engineered to meet their rigorous needs as they begin shooting the AVATAR sequels. Since this hardware was first demonstrated at Cine Gear 2018, additional refinements have been made in response to industry requests. Several productions have already sought out the ergonomics, small footprint and agile form factor the Extension System offers, while taking advantage of VENICE’s built-in features including built-in 8-step mechanical ND filter system and Dual Base ISO (ISO500/2500).

The VENICE Extension System (CBK-3610XS), which consists of a front panel cover, image sensor block case with a 9-foot cable and a 9-foot extension cable, is compatible with existing VENICE cameras with Version 3.0 firmware installed. The addition of the Extension System adds an HD-SDI output, a 12V or 24V output for powering accessories such as lens servo motors and monitoring. CBK-3610XS also comes with multiple screw holes on all surfaces to enable various rigs and accessories attachment. It is planned to be available in February 2019 at Sony authorized VENICE resellers. For more information, please visit pro.sony/VENICE. 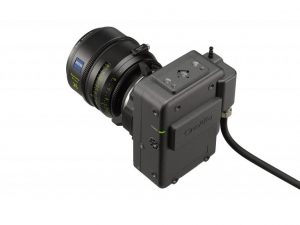