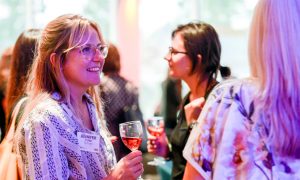 CenturyLink is sponsoring the SVG Europe Women networking event at IBC, which is being held in the 1st Floor Restaurant at the Rai on Saturday 14 September from 4.30pm.

With 220 people already registered, the event is set to be a relaxed break from the show floor where women – and men – can get together over a drink to contemplate women in sports broadcasting, the themes of the show, to their next career move. 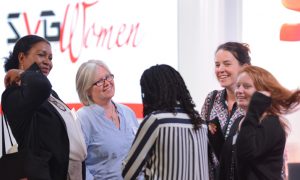 “Diversity is hugely important to us at CenturyLink so helping to support programmes like the SVG Women’s Initiative, which aims to build awareness and give practical help within the sports production and distribution community, is key. We’re looking forward to meeting lots of professionals from different backgrounds at the event on Saturday 14th,” Pang concluded. 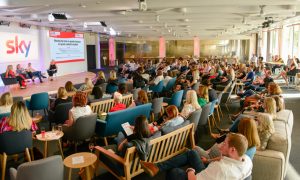 The event will merge at 6pm into the SVG Europe Sport Production Summit networking drinks, and guests are welcome to stay until the bar closes at 8pm.

Registration for the event closes on 4 September, so sign up now here to avoid missing out.

Live from Qatar 2022: Director Jamie Oakford on giving viewers the best seat in the houseLive from Qatar 2022: HBS CEO Dan Miodownik and CTO Christian Gobbel reflect on efforts so farSports Audio Summit: Immersive sound and cloud workflows take centre stageLawo company founder and audio pioneer Peter Lawo dies at 85SVG joins The Circle Society as a founding patronTinkerList joins SVG Europe as a Bronze sponsorLive from Qatar 2022: Capturing content on mobiles for a ‘digital first’ World Cup5G and AI top the agenda at VislinkQatar 2022: Kevin Callahan of Fox Sports on the IP transition and return of match-day control roomsFrance Summit 2022: Watch video highlights from the Paris eventQatar 2022: FIFA’s Florin Mitu on the evolution of World Cup coverageAccess All Areas: How (and why) Sky Sports took viewers ‘behind the scenes’ on the EFL
Read more