IBC 2018 Reflections: Aperi’s Joop Janssen on the Present and Future of Virtualised Production

Aperi hit IBC with a demonstration of a live 4K production chain that relies on Aperi’s V-Stack, a FPGA-powered software platform that obviates the need for a number of dedicated hardware components. SVG had a chance to catch up with Joop Janssen, Aperi, CEO, about recent developments at the company, new partnerships, and the current state of the move to a virtualized environment. 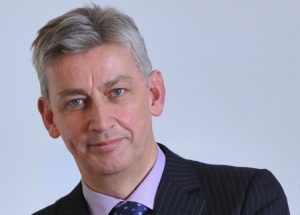 Aperi has been around for a few years now so what are seeing in terms of market acceptance of the concept of virtualized hardware?

We see that in sports remote production a key driver is to think differently about whether to move the infrastructure around or not. So, a software-based solution on a generic hardware platform that you can apply to one event and then move to another event without having to think about having enough kit is what drives our customers. They like the flexibility of that.

As for the acceptance, everybody love the concept and we see companies like Arqiva, the EBU, and those type of customers buying into the concept and rolling it out more and more. Other customers are saying that for a premium sport can then send a code to a box faraway without an engineer being there and will the box fire up? So, they are still getting their heads around trusting the platform rather than setting an engineer to go there, put the SDI cables in, test it, and then calling back to say ‘yes, it all works.’  So, trusting the software to run the show is the only reluctance from moving forward. But everyone loves the concept because it can save them so much.

Where does virtualized hardware fit into the remote production environment today?

At the moment the applications that are virtualized are all the transport items like the codecs or the switching in the IP domain if the cameras are already in IP, which can save some bandwidth because you only need to push over the high-resolution feeds for those signals that you need for the production.

And because it has SFP connectivity you can go back to baseband and traditional connectivity, so it can fit everywhere in an existing OB van if you still need existing SDI connectivity. And on the control side it is all based on standard APIs, so you can have a traditional production switcher manage the switching of the virtualized functionality. That is ready now.

So, in terms of functionality it is multi viewing, codecs, switching, some color correction, and frame syncing. But it is possible to use the platform for replay and slo mo and digital effects of a production switcher. And we also do some audio processing and transport into IP. And, remember, it is all future proofed.

What are some of the misconceptions of a virtualized environment?

That it is not in realtime or it does not have low latency. One of the unique things about Aperi is we are low latency and we solved that problem by going to an FPGA compute that has traditionally and historically been for low latency applications. The only difference is that we have virtualized it so that on the fly the functions can be changed and in the purest way, unlike a CPU or GPU environment. It’s direct Ethernet to FPGAs and that is the fastest way to run the video. So, it’s FPGA and the software is all data center standard software. And it can run on F1 servers from AWS.

And the goal is to obviously move beyond dedicated boxes?

We have these boxes because you still need to get the feeds from the stadium into something or you want to get feeds from the OB van as data centers will not be built into the OB vans. And also, low latency and low-cost access to data centers, certainly for the AWS F1, is an issue.

And the control, remember, can be anywhere because all you need is a low-bandwidth connection to control everything. But it’s where you put your heavy-duty processing and for some it is still better to put that at the venue or on the edge. And, in some cases, it is better to send centralize it like the NEP Andrews Production Hubs. They have a distributed production network with the OB van and then Hub but over time that OB van will become very small from a machinery point of view because the heavy processing can be done in the Andrews Hub. You will only need a panel and a multiviewer and you can make the production and as long as it is low latency you won’t feel the difference.

There are still a lot of hardware-centric vendors so what it is their challenge to approach hardware virtualization without seeing it as a threat to their current business?

It all has to do with know-how and engineers that understand networks, software, and video. Those are rare skills, and it is one of the reasons they struggle as they look to hold onto a clever IP strategy. But at the end it is just an IP connector on an SDI box.

You can have 250 engineers but how many understand networking? The network side is the biggest challenge because there is no WAN and LAN differentiation, it’s all one network. How do you manage that? Do you understand all of the Ethernet protocols that are used in the IT industry and in data centers? And are we leveraging them? Because this is more of a network product than a standard processing platform.

The [lack of] know-how and skill set in the industry is what is holding back the big vendors at the moment.

If people with that skill set are few and far between how do we get there?

What I have learned is it takes too long to teach a video guy IP because IP is moving forward. You can’t go take a course and learn it because it moves so fast. But it also takes far too long to teach an IT guys video. So, what we do is have them working side by side in our projects and we have someone managing them, so the IP guys know enough to talk to the video guys and vice versa. The secret sauce is how do you let them work together in a way that is very efficient and lets them keep up with the industry because it’s moving fast. And that’s the challenge.

You have partners who are developing the applications that run in your universe so how is that going?

It’s going very well and we are able to launch a lot more products with a lot more functionality. Yes, sometimes it is challenging to have engineers working over long distance that are not part of the same company. But that is the skill we want to learn and develop because that is the future. Nobody can afford to do everything in house, except for the Apples and the Facebooks. In our industry there is not enough scale to do that. So, you need to work together and work together in a managed environment and leverage each other.