IBC today announced the details of its Big Screen programme, taking place in a specially built auditorium designed to IBC’s specifications and featuring the very latest in cinema technology. With the latest Dolby Vision dramatic imaging and Dolby Atmos immersive audio sound installation, the four day programme examines and demonstrates the hottest topics, themes, and insights surrounding the art, science, and business of cinema, from capture through to exhibition.

As well as being the home of the Big Screen programme, the auditorium will screen in Dolby Vision and Dolby Atmos, Baby Driver, the acclaimed Edgar Wright feature from 2017. 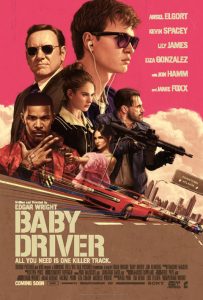 The programme for 2017, which has been shaped by a committee of global industry professionals, is an insightful examination of the future of cinema. From virtual reality in cinema to laser and camera assessments, visitors will get up to speed on evolving technology and how this impacts the business of cinema.

Highlighted sessions include future camera and display technologies and applications leading to AV/VR, immersive media and holography at16 September 11.00 – 12.30. Known for his work on X-Men, leading cinematographer, VFX supervisor and author David Stump, and Light Field Lab’s Jon Karafin (Alice in Wonderland and Transformers), light field visionary and motion picture technology innovator, will discuss how content creators can explore and be empowered with these new methods and technologies.

Event cinema on steroids is about shooting and delivering HDR and immersive audio alternative content to the Big Screen on 15 September 16.00 – 17.00. This session will look at sports’ largest global event the UEFA Champions League football final that took place in Cardiff on 3 June 2017. BT Sport achieved the mammoth task of shooting and broadcasting this event in both HDR and immersive audio live to homes and for the first time to a cinema screening room. The session will screen highlights of the broadcast in the Dolby Vision and Atmos-equipped Big Screen Auditorium. Speakers from BT Sport, Dolby and Event Cinema Association will explore how the boundaries of theatrical and non-theatrical disciplines are merging.

The business of cinema will be explored and debated during the International Business Insights sessions that take place on 18 September. Highlights include: Who is your cinema audience in 2017? This session focuses on new and cutting-edge research that examines the movie going behaviours and attitudes of key audience segments – Millennials, families and older adults. Chaired by Patrick von Sychowski, Editor of Celluloid Junkie, with speakers from UNIC, Devicescape and Movio; The Digital Journey of a Cinemagoer – exploring how the customer journey is evolving and what the cinema industry needs to do to break through to today’s audiences and drive measureable business results. Speakers come from Vue Netherlands, Nordisk Film Cinemas and Gruvi; and Innovation and the Big Screen Experience – this session looks at recent innovations such as 4DX and VR and the potential impact on cinema going, including asking whether these new technologies will increase attendance and probability or if they are they short lived novelties.

The Big Screen is also home to hugely popular screenings each year. One of the movies for 2017 will be the Edgar Wright action comedy Baby Driver. Released in June, the film stars Ansel Elgort, Kevin Spacey, Lily James, Jon Hamm and Jamie Foxx. Upon release, the film received critical acclaim and has grossed $166 million worldwide against a production budget of $34 million, becoming Wright’s highest-grossing film as a director.