IMG and Telstra work with Grass Valley to carry out 20,000 km remote production

The successful execution of a 20,000 km remote link from cameras based in Telstra’s Tokyo office to IMG Studios’ London headquarters has been achieved, creating what is considered to be one of the longest true remote IP production connections to date. 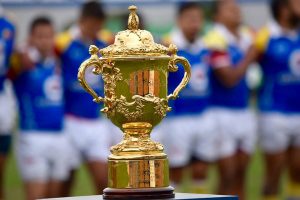 Speaking to SVG Europe, Tim De Marco, head of engineering, live galleries and studios at IMG Studios, commented on how much of a breakthrough the result of this trial is: “In terms of distance this is a significant landmark, demonstrating that it is possible to work at opposite ends of the globe without latency being an issue.”

He went on: “This trial is a real breakthrough that has put us in a strong position to extend our remote production capabilities, as demonstrated with the ATP500 series, to events in Asia such as the Rugby World Cup. Only needing to bring cameras on-site with us and being able to keep the majority of the heavy lifting in London means we can dramatically improve the economics of world feed production. We also now have a clear, tangible idea of how DirectIP enables effective remote production with greater flexibility and lower cost, while maintaining high broadcast quality. This is a valuable market differentiation for us that we can apply to future live productions.”

Steven Dargham, business development executive for special events at Telstra Broadcast Services, told SVG Europe: “Telstra recently extended the Telstra Global Media Network (GMN) into IMG London, to support content contribution and remote production workflows for IMG. Three key areas for successful remote production over long distances are high bandwidth, low latency and minimum network jitter, so the IMG team was keen to do production testing as soon as the network was installed. Tokyo and London were chosen for the test locations in advance of the Rugby World Cup 2019. The latency on the 10Gbps Optical Transport Network service was around 224ms round trip from Tokyo to London.”

The trial demonstrates a robust IP workflow between camera, IP switches and XCU that supports HD, 3G, UHD and SlowMotion feeds over large distances, proving the ability of the DirectIP system to handle uncompressed signal distribution.

The workflow is said to deliver easy setup and maintenance through a centralised control room to ensure high-performance levels. According to Grass Valley, one of the benefits of DirectIP is that signal availability is not affected, including intercom and return video, allowing the remote site to integrate seamlessly with the production, regardless of the distance.

As to what sort of savings are going to be involved when looking at covering events such as the Rugby World Cup in Japan, De Marco said: “Nobody is suggesting that the host operation could be remote, but it would open up interesting possibilities for a rights-holding broadcaster to have a reduced technical operation on site in a country where logistics represent a significant cost element. Costs savings for broadcasters are generally re-invested in production.”

Trevor Boal, head of Telstra broadcast services, said: “This trial confirms that resolution and speed are not a barrier to remote production. Getting signals from one side of the world to the other with low latency and assured quality over the

Telstra network is now a reality. The transmission of remote signals via the Telstra network over such long distances between Grass Valley’s cameras and the production centre is a real gamechanger that will enable productions and workflows that were not previously possible.”

“As the only camera manufacturer that delivers all-IP communication between a camera head and its base station, our customers can achieve enormous savings on time, budget and resources by only sending camera heads to on-site production venues. This model maximises equipment usage at their production facilities for a higher return on investment while still supporting high end productions; it really is a major win for them and with that, a win for the whole industry,” Hilton concluded.