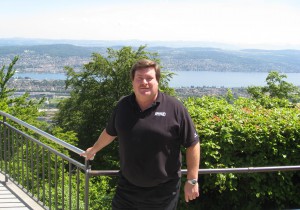 Gideon Uys, a long-time production and engineering vet who most recently worked for Joseph Fibre Solutions and previously worked at Telecast Fibre Systems and founded mobile production and rental company Location Solutions, died on January 8 at his home at the age of 50.

Originally from South Africa, Uys was a lifelong broadcast engineer who earned a solid reputation in both the U.S., Europe and South Africa. After arriving in the U.S., he became a chief engineer at Soljay Productions, an outside broadcast company, and then president of Location Solutions, a mobile production and rental company that he founded. He then crossed over into broadcast sales with senior roles at Telecast Fibre Systems and then Joseph Electronics, where he spent more than eight years.

“Gideon was one of the smartest people I’ve ever known,” said Yohay Hahamy, president of JFS parent company Joseph Electronics. “His knowledge of broadcast systems and his easygoing nature helped him to make friends out of customers everywhere he went. He had a huge heart, and we will all miss him.”