Inside Quantel’s acquisition of Snell: what it means for the sports broadcasting production community 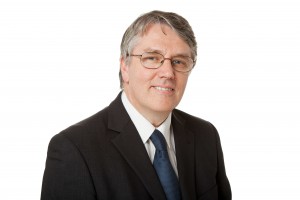 On 12 March Quantel announced it has acquired Snell in a deal that will create a company with combined revenues of $170m and offices in 16 locations around the globe. For Sports Video Group, Fergal Ringrose talked to Quantel marketing director Steve Owen (pictured) about what this acquisition means for the live broadcast production business. The acquirer says Quantel and Snell is ‘a new force in the broadcast and media technology market’, and that the acquisition will enable the combined business to offer a product range to create, version and deliver high quality content efficiently across multiple platforms.

Looking at the twitter reaction on the day the news broke, the hashtag that emerged amongst commentators was, ‘didn’tseethatcoming’. I wonder why was everyone so surprised? Maybe because Quantel and Snell have for so long been stand-alone, innovative, almost defiantly independent companies?

Steve Owen: Maybe it’s because traditionally Quantel has not been an acquisitions company. We’ve always tried to grow organically. But we want to look at every opportunity to be the most successful business we can be. Organic growth is part of it – and you know we did a pretty good job with things like Pablo Rio last year, 44% growth year on year in post.

Organic growth can only take you so far, and our space is very competitive. Size matters; I think being able to offer a complete product range to customers is really important. So we’ve been looking for suitable ways to grow the company by acquisition for a while, and this became an opportunity late last year.

Why that surprises people, maybe they just didn’t expect it from Quantel? Maybe they didn’t expect the ambition? But they should have. You know (CEO) Ray Cross, he’s an ambitious businessman and he’s instilling that culture into the whole organisation. I’m glad we surprised people; and obviously we managed to keep it quiet!

One of the other comments doing the rounds on twitter was an expression of surprise that Quantel could actually afford to buy Snell.

You say the opportunity arose late last year. Talk me through the thinking from the Quantel side, looking at this possibility and the complementary product lines. It’s a big leap from there to saying ‘guys let’s do this deal’.

Steve Owen: (laughs) Yes indeed! The main thinking that drove us when we were looking at possibilities for growth through acquisition was trying to make sure that we didn’t mess up what we already have – which is some fantastic products. And you know, you see a load of acquisitions where they try to combine various product ranges and honestly they are never successful.

So we wanted something complementary that would genuinely grow our sales and realise more customers — so that one plus one would equal two rather than one plus one equalling one and a half. Snell’s product range really doesn’t overlap with ours, so that was really cool. They have a fantastic record of innovation, quality and support – and these are principles we also hold dear so there’s a great match there. Geographically they’re just down the road; it’s easier to integrate companies when you can just go and see everybody. There were lots of things that made this a good candidate for us.

My perception is that historically the companies are really quite similar in outlook. From Roderick Snell’s quality engineering background to Richard Taylor’s rarefied creative technology approach … that pervasive ‘best of British’ engineering legacy. It’s something you will be very keen to maintain?

Steve Owen: Absolutely. One of the messages we’ve been trying to convey is ‘business as usual’. No move away from our focus on quality, innovation and support. That’s what got us to the point where we were able to do the acquisition. That focus on meeting the customer needs – the people in Snell said exactly the same things when we talked to them. So it just made a good match.

As you know Sports Video Group is focused on live and near-live workflows. Can you comment on what this acquisition specifically means for the sports broadcast production marketplace?

Steve Owen: I think the nice thing from our customers’ perspective is that there is now another provider that can offer a complete package. Snell has got brilliant production switchers for OBs – and then they don’t get involved again until playout and repurposing of content. We have fantastic sports production systems for recording and editing content, and adding highlights packages. So what we’re able to do now is offer a much more complete solution to customers in terms of sports. We’ve got some new technology we’ll be unveiling quietly at NAB in the VIP rooms, adding more sports capability into our production systems – so the combination will mean an even better sports solution in future.

This move should really put you up with the big players at the top-end of content creation, versioning and delivery for a multiplatform world…

Steve Owen: Yes, and we are an ambitious company. One of the taglines is ‘this is a new force in media technology’ and that’s what we are absolutely working towards becoming. We can genuinely compete with the giants in the industry. We’ll have a much wider range of products; we’ll be able to do tighter integration with the two product lines as we continue; and we can combine the IP (intellectual property) of the two companies. Snell has massive intellectual property they have not even used yet, which will make all our customers’ lives more productive and effective. You can expect to see some of that coming out of the combined organisation – not in the next few months, but in a year or so as our R&D teams start to interact and bounce ideas off each other.

And over the last year or so we’ve seen rather innovative cloud-based ideas from both companies – Snell really trying to provide a coherent path towards create-once publish-many multi-platform repurposing, and Quantel, perhaps in a different direction, with some fairly radical ideas around ‘the internet of frames’. Where would we see that going – is it too early to comment?

Steve Owen: Other than to say we’re very excited about the potential there. I think both Snell and Quantel see IP (the other one, internet protocol!) as being absolutely key to the future of the content creation, versioning and delivery market. Snell has IP mixing. We’ve got the internet of frames. We [recently] did a really interesting and exciting submission to the EBU-SMPTE Joint Taskforce on Networking. Once these two areas come together we’ll be able to offer an absolutely amazing IP-based solution. It’s not here now. It’s the future.

What about the strength of the Snell brand – the stated desire to maintain that brand strength. That’s genuine?

Steve Owen: Yes that’s genuine. We all agree we want to carry on with the Snell brand and the Quantel brand, the Snell products and the Quantel products – and we’ll add new stuff as integration progresses. And behind the brands we’ll have our integrated manufacturing facility, our integrated marketing, backoffice, HR and finance, and we’d like to get to a point where we have an integrated sales force. Snell has a really good brand, so why would we try and mess that up? People know Snell, they’ve got 2000 customers worldwide and a really good reputation. That’s Snell: they’ve just become a Quantel company.

Steve Owen: Yes we are. And I think it’s part and parcel of the changes that are going on in the market: the transition from hardware to software; from SDI to IP; and from only a few people being able to distribute content to practically everyone on the planet being able to distribute content! It’s a very different world. Our customers are changing, and as a whole our industry is changing to meet customer requirements. From our perspective, size is really important. We need to have more feet on the street. We need to have closer relations with more people, and size helps us do things better for more customers. It’s business as usual for Quantel and Snell – just bigger!