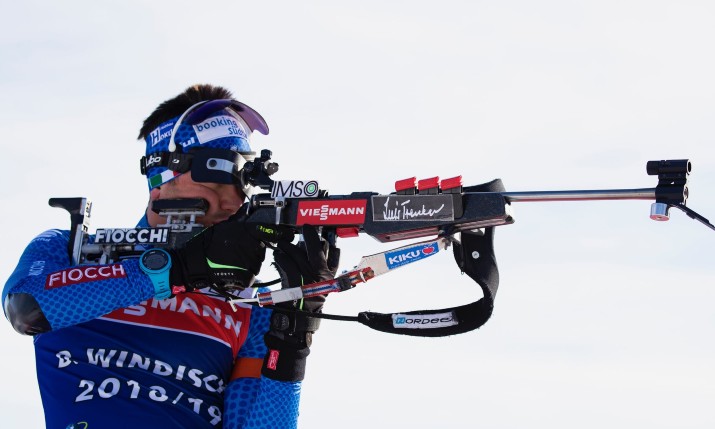 The new agreement starts in 2022 and runs until 2026, with an option for the IBU and EBU to prolong for another four years.

Under the new long term partnership, the IBU and Eurovision Sport will further develop digital and fan engagement solutions for all IBU events in an effort to increase the sport’s visibility worldwide.

Since the first agreement signed two decades ago, audiences across Europe have taken biathlon to their hearts and, consequently, the value of the contract has multiplied exponentially over the period.

Over the course of the partnership between the IBU and Eurovision Sport, the number of territories in which the IBU Biathlon World Championships are shown has nearly doubled, while coverage by EBU members has ensured that the number of hours viewed has tripled. For recent editions, EBU members have achieved stellar live market shares for their coverage, led by NRK (Norway, 82%), SVT (Sweden, 79.1%) and YLE (Finland, 73.3%).

The new agreement was signed in Antholz-Anterselva, Italy, where this year’s IBU Biathlon World Championships are underway and are attracting highly encouraging viewing figures. During the first four days of action (13-16 February 2020), a total of 48 million hours of action were viewed across nine key markets: Austria, Czech Republic, Finland, France, Germany, Norway, Russia, Slovenia and Sweden.

Meanwhile, average audiences in the nine countries are up by 5.2% compared with the first four days of last year’s IBU World Championships in Östersund, Sweden, with the largest increases being seen in Russia (86+%) and France (25+%), confirming growing appetite for the sport in those countries.

Stefan Kuerten, executive director at Eurovision Sport, said: “It`s truly breathtaking to see the outstanding development of biathlon in free-to-all media over the last decades. We are proud to be IBU`s media partner since the very beginning . The reason for the success is the mutual commitment to our partnership and our common goal to reach the widest audience possible.”

Robert Portman, head of winter sport at Eurovision Sport, said: “Biathlon has become the number one winter sport and we are extremely delighted to work with the IBU long into the future. We have agreed to closely work to continuously improve the product. We are confident that together we will score great successes in the coming years.”

Olle Dahlin, IBU president, said: “We are thrilled to renew our longstanding partnership with Eurovision Sport. The agreement reflects the popularity of biathlon in Europe and around the world and the huge appetite there is to watch our events. The significant revenue increase will guarantee that our sport, our athletes, our national federations and our Organizing Committees can develop according to the objectives set out in our strategic plan Target 26.”

Jiri Hamza, vice president of the IBU, said: “This is a great day for the biathlon family and for our broadcasting partners. Due to its exposure on public free-to-air channels, biathlon has grown to be the leading winter sport in many countries. Through our renewed partnership with Eurovision Sport biathlon will grow and develop even further.”