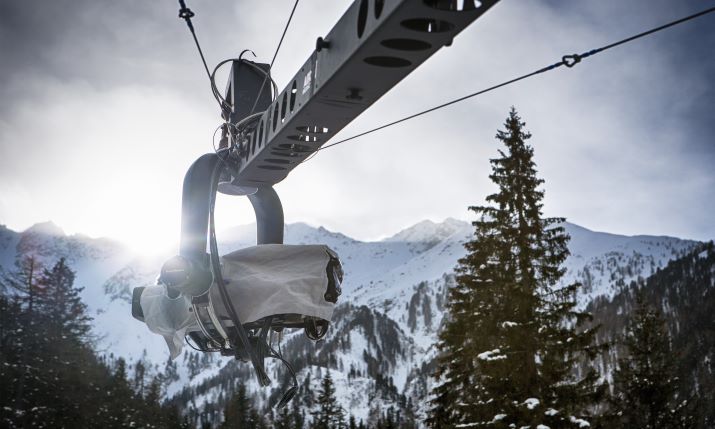 Movicom’s gear and crew were rolled out to multiple events and locations to help cover the ’s (IBU) World Cup competitions during the 2019/2020 season, culminating with World Championships in the Antholz Valley, Italy at the end of February 2020.

The competition came down to a very close finale between the French and Norwegian teams, with Norway edging out by a small margin to win the competition for the fourth year in a row.

This is the third year in which Movicom has been called upon to cover the IBU’s competition in Ruhpolding, Germany, an earlier part of the World Cup series.

As usual, heavy snowfall and high winds presented the biggest challenge in Germany, not only to the athletes, but also to the media and crew covering the event.

Besides the weather, rigging a cable camera system in a forest valley has its own challenges, but the veteran crew rose to the difficulties and overcame them with ease. The system was rigged to both specially installed points and existing light poles; this configuration was able to fulfill all of the director’s shot desires, covering the athletes at the finish line, during the shooting elements, and beauty footage of the breathtaking valley covered in thick winter snow to complete the sports story. 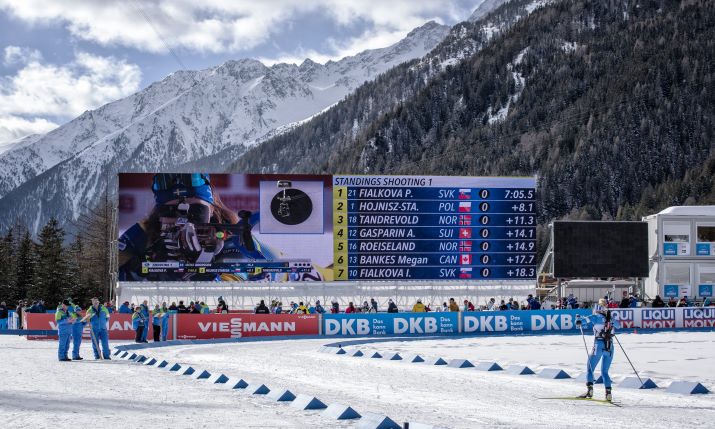 At Pokljuka in Slovenia, the Movicom team faced a different challenge. The coverage required a very narrow working zone squeezed in between the existing stadium and a dense natural forest. This was solved with the placement of a newly developed Robyline system; a point-to-point system that can cover more than 400 metres and can have rigging points that vary from 10 metres to 20 metres using only one intelligent winch, but still allows for a working speed of 16 metres per second.

At these distances video and data had to be delivered via RF, and no signal loss was experienced for the entire event. The system was equipped with the R3 gyrostabilised head which allows prerecorded moves as well as safety zone presets. This allowed the system to work at full speed with sometimes as little as 15cm between the front of the lens and pine tree branches.

This combination of speed and precision delivered great images for the broadcast, from arching wide sweeps of the entire course to slow motion shots of athletes’ progress along its path, close-ups for the shooting competition, as well as following the athletes – at speed – down the final push towards the finish line.

But the real razzle-dazzle was saved for the IBU series’ final event at Antholz Sudtirol Arena in South Tyrol, Italy which will also be hosting the 2026 Winter Olympic Biathlon events. Not only did the Movicom team bring a four point Robycam 3D cable camera system, but also several jib-mounted Robyhead ‘L’  gyrostabilised heads, the largest such heads in the line up, which allow the use of studio-style cameras on lighter jibs because of their lightweight carbon fibre design. 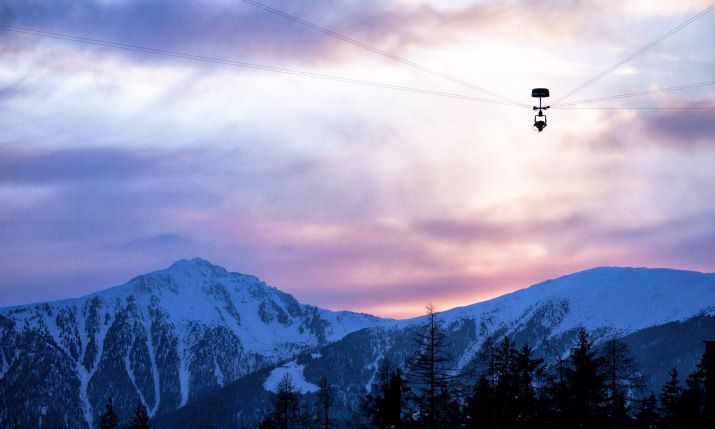 This was Movicom’s second year covering the finals event and the familiarity with the venue and the production added to the coverage, the company claimed. The jib-mounted Robycam heads were used primarily on the firing line, using the built-in three-axis stabilisation and auto-horizon the systems provided extensive coverage of the whole competition down to the intense final showdown between the French and Norwegian teams. At the same time the Robycam 3D cable suspended camera system was rigged at the arena itself to cover every aspect of the event.

The South Tyrol arena is compact but still the crew had to work tirelessly for the duration of the nine day event to showcase all aspects of each contest in raging winter weather. Safety being a priority in a sport with live gunfire many precautions were taken, and the Robycam 3D’s safety system allowed for extensive safe areas to be demarked and avoided in flight paths during the broadcast.

Movicom’s family of rugged, weatherproof camera products helped to push this production over the finish line once again with enhanced production value and quality.