International Women’s Day 2020: Get out there and be a role model 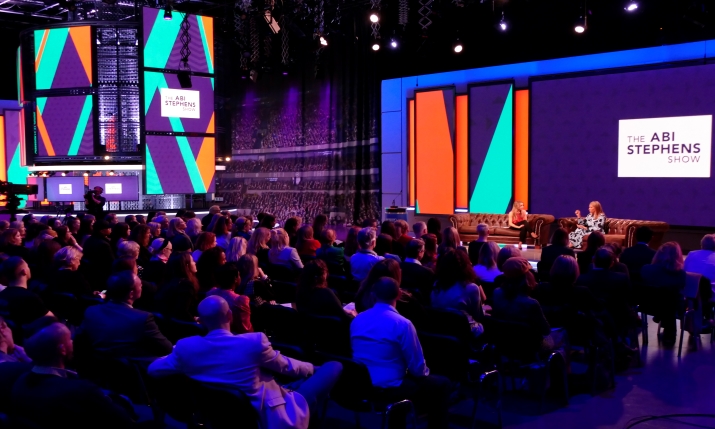 Role models are needed to bring more women into the sports broadcasting industry, and to help women move up through the ranks to take key positions, adding their insight and ideas to this exciting sector. With International Women’s Day once again with us on Sunday 8 March, we are casting a proactive eye on the need for role models for women.

Stephens observed that Brown-Finnis was first a role model on the football pitch and was now a role model on screen. She asked her how important role models really are, particularly for young girls. Brown-Finnis commented: “Very important. I came into this industry at 35, and I was a complete beginner. I felt a bit uncomfortable about the idea that I’m a role model. Football was the thing I was comfortable with. It was great to have some young footballers looking up to me and wanting to play for England, because you have to have some drive to compete at that level.

“It’s quite nice now to understand that I’m now potentially a role model in my second career in this industry. I want to hear how people in my position can help anyone.”

She added: “I don’t believe in luck. I’ve been a sportsperson my whole life, and have quantified what luck is. Luck doesn’t exist. You work towards what you can achieve. You have to recognise you’re good at your job, and that’s why you’re in this position. I want to discover how I can be the best, proactive role model.”

Inga Ruehl, Sky Sports executive director, production services and operations, is a woman charging to the top of the career ladder in sports broadcasting. She notes that the first step to being a role model is understanding that you are one. “Maybe first of all you need to realise that you are a role model. Secondly [you need to] be visible and be heard; even if you don’t like being on panels or stages, you need to be there as there and you need to show that there are women doing the jobs, able to deliver and balance the rest of their lives.

“Thirdly, find good women in your organisation and help them wherever and whenever you can; support each other. And one more; make a plan on how to increase your gender diversity in your organisation; make sure you look at your recruitment strategy and set targets around gender. Where you can, support working that can help with balancing family needs,” Ruehl states.

The next International Women’s Day 2020 feature will be published next week – watch this space!

Speaking out in public at events is an important part of taking on the responsibility of being a role model, says Claudia Corbisiero, producer at Noah Media Group: “I think that visibility is key, particularly in roles which are behind the camera. When other women see these role models holding senior positions in typically male dominated industries, they are more able to envision doing these roles themselves. Therefore when role models attend events, speak out, impart wisdom and get involved at industry events, particularly ones that encourage female attendance, other women become more aware of their own potential.”

Angela Gibbons, CTV Outside Broadcasts commercial manager, says: “Social media can be hugely valuable in reaching young women, either those in the last years at school, university or in the early stages of their careers. For so long much of the imagery connected with sports broadcasting has been male biased. The female presenters and sports broadcasters of today need to become much more accessible to the young female audience. The success of women’s football and cricket has highlighted how inclusive sport has become and this needs to be transferred across to all aspects of sports broadcasting.” 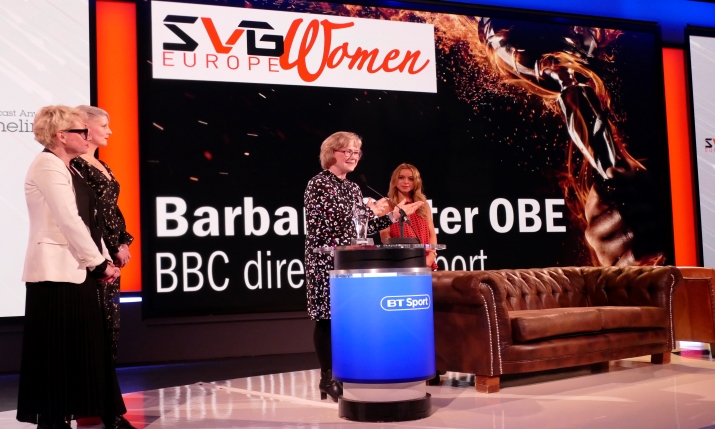 Telstra Broadcast Services’ Anna Lockwood, head of global sales, comments on the current lack of role models in this industry: “There is now a lot more focus and momentum on making sports broadcasting a more diverse and inclusive industry, but it is still a challenging pathway for women, and a lot of that stems from the lack of role models in all areas of the sports broadcasting industry.

“Just seeing women do any role across the business makes a difference to attracting talent, and then if women are in prominent roles or leadership roles that are even more visible, that helps in retaining, supporting and promoting talent as well,” Lockwood continues. “We need our role models and inspiring women leaders to not only help attract diverse talent into the industry, but also create and model the conditions where women can stay and thrive in varied roles throughout their career.”

Lockwood adds: “This year’s International Women’s Day theme of ‘Each for Equal’ is an important one to hopefully inspire each of us to work towards equality in sports broadcasting, individually as well as collaboratively, and men as well as women. I’ve been very lucky to have had mentors and role models who have made all the difference to my career, so it’s important for me to evangelise this great industry to women starting out in sports broadcasting, as well as work to retain women in the industry and give them every opportunity to thrive and achieve in their careers.”

Lise Cosimi, industry consultant, and the external head of the SVG Europe Women Advisory Board, says there are three main areas to focus on when bringing role models for women in sports broadcasting to the fore. She states: “We need more mentoring. Every woman in this industry should be looking to mentor a young woman or girl outside the workplace.

“Sponsoring another woman inside the workplace is also important, to be there for them and champion them,” Cosimi adds. “Also, creating a dedicated job tab on the website where jobs are offered to women between women.”

There are things that can practically be done within organisations, yet it takes someone to push for those changes. Anna Ward, Premier League Productions head of production, says on those role models in this industry being more proactive that, “they can push for education and training measures within their organisations so that all the staff understand the importance of having a diverse workforce with a culture in which difference is valued”.

She adds: “It’s particularly difficult in our industry due to the reliance on freelance staff but if we change the perspectives of those making hiring decisions they are more likely to bring a variety of people onto a production; they need to see the value of having diversity in their teams.”

Ward continues: “This isn’t just about one minority group or another; it is about a fundamental culture shift that needs to happen. Unconscious biases need to be understood and challenged, diversity needs to be celebrated for the positive impact it has, and our industry needs to create working environments that are inclusive,” she concludes.

Jennifer Angell, industry consultant, comments: “For me, it should be about “paying it forward”. If you work with or know women who would like to get a break into this industry try to help them as much as possible.”

To do this, Angell suggests, “answer their emails, have a coffee with them, bring them to your place of work to encourage their curiosity and speak to them about your career and how you got started”.

She goes on: “Put yourself in their shoes – how did you feel when you first started looking for work in this industry? I always remember this when I get a linked in message or a random or unsolicited email. We need our women leaders to show they care! Kindness and consideration is key; karma is your friend (or not in some cases!),” concludes Angell.

Kylie Jenner, freelance director, notes: “I think being open and honest and available to other women interested in working in the industry will be helpful, but they can’t do it on their own as individuals. I think there should be panels organised to speak in schools, colleges and universities making women and the jobs they do more visible.

Yet Paula Rigby, Noah Media Group head of international production development, says being a role model for women is a job for both genders: “It’s a challenge for many women; including myself who are in senior positions who are either considered a role model or trail blazer within their respective organisations or Industry. I feel it shouldn’t only be the responsibility of women but men as well; I’m reticent to place the proactivity element solely on the shoulders of women. We all must play a role in promoting diversity, not just gender diversity in our industry.

“The sports broadcasting industry should recognise that by neglecting to attract young dynamic people, and a failure to provide the necessary flexibility for women currently working within our space to remain, we’re lacking diversity,” Rigby notes.

However, she adds that the work-life balance is still posing an issue: “Proactivity isn’t the issue as much as workload; women are still juggling work-home life balance. I personally think it’s time men start to become more proactive, not just saying: “I have two daughters therefore I know and understand the issues women face in our industry”. It shouldn’t matter if you have daughters or not; it should matter if you don’t recognise that we have a diversity issue and then do something about it,” Ridby concludes.

Get out there and be a role model.