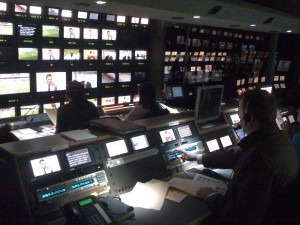 Observe Outside Broadcast, a premier remote broadcast and TV company that covers sports and entertainment events in Ireland, has added Studio Technologies Model 46 two-wire to four-wire interfaces for its Intercom system.

“The HD1 is the only OB truck in Ireland integrated around 5.1 and Dolby E, receiving full Dolby approval, so it is very much in demand,” says Alan Burns, managing director for Observe. “As we are so busy, we are always on the lookout for equipment that helps us streamline our operations, because you only get one chance at a live event to do things right. At NAB 2011, we literally stumbled upon the Studio Technologies booth, liked what we saw and purchased one Model 46. Once in service, everyone liked how the unit worked so much that we never looked back. We now have two Model 46 units in HD1, and one each in the HD2 and SS3 OB vans. The Model 46 helps us to solve problems in the field and delivers excellent audio quality.”

The Model 46 is designed to be the reliable connection between 2-wire full-duplex party-line intercom circuits and 4-wire audio circuits associated with matrix intercom systems. It provides two independent, full-featured, 2-channel interfaces. Each interface contains two hybrid circuits, which include an automatic nulling capability. The Model 46 is capable of supplying DC power, allowing direct operation of such devices as user beltpacks. It is also compatible with party-line circuits that include already include powering.

“The Model 46 has the unique advantage of being able to supply DC power directly to the beltpacks,” explains Burns. “With our original 2- to 4-wire system, we had an interface unit and a DC power unit. Both units used mains power to run and took up more space, two important items for an OB van. The Model 46 is capable of running with either wet or dry external signals, is seamlessly compatible with our RTS and Techpro beltpacks and the automatic nulling function is quite good. When you add to this the excellent visual interface and signal integrity, you understand why we put these units in each of our trucks. We also like that we deal directly with Studio Technologies to support the equipment, because we always have a line into the people that make the units. The Model 46 is in every way a winning formula for our operations