ISE Q&A: Thinklogical’s Ventresca on the company’s push into the sports-venue space

As sports venues increasingly look to the broadcast world for video-control-room technology, traditional broadcast vendors are finding an entirely new market segment to explore. In Hall 10, Thinklogical — a longtime manufacturer of secure, high-performance KVM signal extension and switching systems for broadcasters — is demonstrating how its gear can help the A/V industry — including sports-venue operators — easily switch among a growing number of high-resolution video sources. SVG sat down with Thinklogical VP, Worldwide Marketing, Bob Ventresca to discuss the company’s growing activity in the sports-venue space, the differences between the European and U.S. markets, and why having a presence at ISE 2017 is so important. 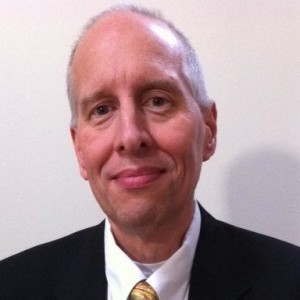 Thinklogical is becoming a lot more active in the sports-venue industry. What has the company been up to recently in that space, and what’s new for ISE 2017?

What’s happening in broadcast and [especially] sports broadcast is an increasing focus on higher resolutions like 4K, being able to edit and manage 4K, and being able to do so efficiently and very effectively. That’s really something that our products do very well, and we’re seeing that interest growing. We’ve done a lot of work with sports broadcast networks: ESPN, Fox Sports, HBO. We have a great install base in the traditional broadcast world; [in the] mobile-truck [world,] NEP is using our gear. But we’re seeing a rapid uptick in venues [with] 4K in both editing and postproduction. Also, we find our products are very well-suited for control-room use where they need to move video effectively, switch effectively, edit effectively, and really increase the efficiency and the speed as to how they handle their operations and workflow. We feel very strongly that there are a lot of benefits we can bring to the sports-venue marketplace, and we’re really starting to build some momentum there.

As you’re dipping your toe into the European market, is there any difference to how you market your technology for the European vs. the U.S. sports-venue market?

The sports are different, so you have to take that into consideration, but the infrastructure is incredibly sophisticated [in both markets.] A football stadium here in Europe is probably even more sophisticated from a broadcast standpoint than many of the facilities in the U.S. I think you see a lot of technology advancements being implemented first here just because of the widespread popularity of football and how ingrained it is in the culture in virtually every country here as well; it’s just really exciting and really interesting. A scenario that we’re starting to spend more time on is introducing our products and making sure we’re making an audience aware of what we can offer. Every country has their own league, their own network, their own facilities behind this. So it’s a very exciting opportunity as the broadcasters start to more toward higher resolutions like 4K and toward higher image quality like HDR, VR and 360, replays. … Thinklogical, as a product line, is very well-positioned.

Why is ISE an important show for Thinklogical?
It’s an important show for two reasons: one, obviously, for the audio-visual side of the marketplace. Rental, staging production, event production, and high-end corporate audio-visual applications are very important to us, but the military, government, and defense side as well is a very big market to us both here and in the U.S. Here in Europe, it’s a good opportunity for us to meet with our customers and to learn more about contact technologies that are being used to support their mission. Whether it’s NATO or the various countries’ ministries of defense, they come in to learn more about our products and learn more about what we do. It’s a great venue to meet these people and spend time with them as well, so we’re always happy to come to ISE and be a part of the community.