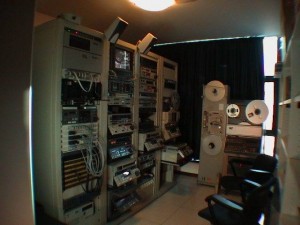 Broadcasters in Italy are investing increasing amounts of time and energy in archiving capabilities.

Increasingly, prominent Italian broadcasters are focusing on the issue of the preservation of archive material covering sports, news and many other areas of output. As Adolfo Guzzetti from production and post company Video AG Cassano remarks: “Just think that we are capable of reading a papyrus of four thousand years ago, and yet e risk not being able to read access the information contained on magnetic tapes dating from thirty or forty years ago. Is that acceptable?”

Accordingly, there have been many developments lately around the issue of preserving material for the longer-term future. For example, at the Film School in Milan last November, Government officials were presented with a petition calling for the restoration and preservation of historic AV material and TV programmes.

Guzzetti says: “It’s a hot topic because the general perception of the conservation of moving images is generally [restricted] to the films. In fact, the films when stored in their own metal cans tends to turn yellow and lose the original colours over a long period of time. In the video field, the problem is more acute because in just a few decades the magnetic information recorded on a tape can become completely unreadable.

“Moreover, the matter is further complicated because where the film to be restored typically has only two sizes – 16 and 35 mm – in the video arena there are several formats and standards with very dissimilar tapes measures (eg.2”, 1”, ¾”, ½”) and various standards, each readable only by the type of machine that recorded it in the past.

“These machines are increasingly difficult to find, and in any case they are very difficult to maintain, precisely because of their inherent complexity [and] the fact that the old magnetic tapes leave such large residues as to require the continuous cleaning of video heads [on a frequent basis]

“Even worse, all these machines are analogue and not digital, so they belong to the past as well [in terms of technicians having the ability] to fix them.”

The wealth of images involved is huge and sport is at the top of the list in terms of the quantity of content. Images derive from local and regional television, large state-owned and commercial broadcasters, government agencies, foundations, private archives, sports clubs and so on

Guzzetti, as ‘official’ patron of this petition pertaining to the restoration and video conservation project, says: “Surely there is only a concept, namely that losing a harvest [of so many] video files and TV programmes is completely unacceptable.

“Historical images appear in ever wider and more frequent measure in TV broadcast for the need to show times and passage of sports, history, science, the world of work, habits and social coexistence. They are the most immediate, effective tools and indispensable with regard to telling the past to young people today and tomorrow. After ten, twenty [years] at the most, the risk that the images might degrade or disappear completely is very frequent.”

The next step, after knocking on many, many closed doors, is the launch of a petition anyone can sign here [https://www.change.org/p/ministero-di-beni-culturali-recupero-degli-archivi-videomagnetici-delle-tv-e-radio-private-italiane].

Reflecting on the project, Guzzetti says: “It is also an opportunity to create jobs for young people who will be trained to preserve our historical heritage and social and cultural development, which covers a very long period.”

A previous reference example is the MEMORIAV Foundation, which deals with the recovery, enhancement and use of the Swiss cultural heritage: https://youtu.be/JoHdPVv0HDE