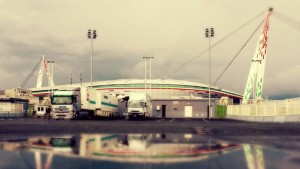 Based in the Milan municipality of Cologno Monzese, 3Zero2 was established in 2002 as a production company for Disney and other prominent customers. Part of Euro Media Group since 2010, it describes itself as a “producer for media partners, publishers and television brands interested in creating and distributing TV programmes or videos to any device.” The company is characterized by that mix of technological expertise and creative talent which is found throughout the Italian broadcast market.

A major player in the international broadcast community, the Group is present in France, Belgium, Holland, Switzerland, Germany, England and Italy, and holds the World Technology Award for Excellence for the Tour de France. The Group adheres to AIMS – Alliance for IP Media Solutions.

Attilio Grilloni, who has been managing director of 3ZERO2 since last March, has more than twenty years’ experience both as a writer for TV and in management at Zodiak Active, where he was CEO from 2014 to 2016. He observes: “Since 2002, the year of its foundation by Piero Crispino and Mario Rasin, 3Zero2 has grown [consistently]; this year turnover will be around 30 million euros, divided equally into two business areas: contents and technologies.

“Taking care of all aspects of production, from the feasibility study to the creative and execution, 3Zero22 has all the resources necessary to realise TV and video projects.”

Luciano Consigli, technical operations manager, adds: “I do not think there is another reality in the Italian landscape that can offer a complete range of services like ours and has [such a] broad range – [including] the design of content, high-level production [and] multi-platform distribution.” 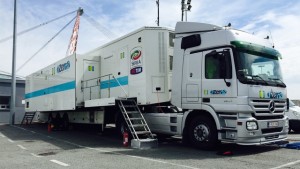 “We have fiber connections to and from Mediaset, Sky, Persidera and Infront,” adds Consigli, explaining that “the secret” of the success of such complex tasks is the creation of an economy of scale. “We started by following one channel while today we are following more than 30, with a team of people who, numerically, has almost unchanged. The success of recent years has been to aggregate companies that need services from a multifunctional perspective; we have a reduced margin per channel, however, we increased the number of channels for which we operate. The competence and the availability of the technical team did the rest. Our team is present 24 hours per day, 7 days per week, and can provide television [viewers] with a very high level of service.”

In addition, 3Zero2 has a park of mobile vehicles devised to follow the production of different events, including sports.