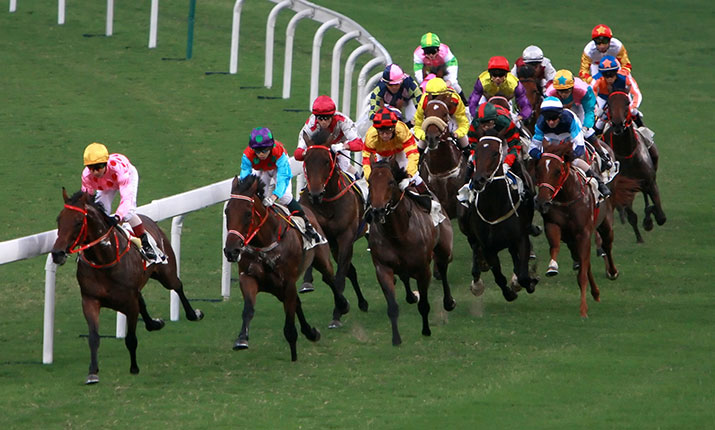 ITV will continue as the exclusive free-to-air broadcaster of British horse racing until 2023, it has been announced.

The commercial broadcaster, which has shown racing exclusively on free-to-air since 2017, has secured the rights to show nearly 100 days of racing each year for a further three years from 2021.

The deal includes all the marquee events on ITV main channel, such as The Cheltenham Festival, the Grand National Meeting from Aintree, The Derby Festival from Epsom Downs, Royal Ascot and British Champions Day from Ascot, Goodwood Festival, York Festival and the St Leger Festival from Doncaster.

Coverage will be made available across ITV’s main channel, ITV4 and the ITV Hub, which can be accessed on all mobile devices.

As part of the deal, the Opening Show, ITV Racing’s magazine preview programme, will continue each Saturday morning and on each day at the Cheltenham Festival, the Grand National meeting and Royal Ascot.

The announcement follows a successful return to racing in June following many weeks during which the sport was paused during to the coronavirus pandemic.

Niall Sloane, ITV director of sport, said: “ITV is delighted to announce the continuation of free to air coverage of a sport that is loved and followed by so many. To do so following a successful resumption of the sport with wide audiences returning to our coverage after such a long lay-off is particularly welcome and we look forward to bringing the very best this wonderful sport has to offer to viewers over the next few years.”

Richard FitzGerald, Chief Executive of Racecourse Media Group (RMG), added: “ITV has been a terrific partner for British horseracing over the last three years and has earned the right to renew the contract for a further three years. Its award-winning productions are reflected with increased audiences, in contrast to wider TV audience trends, and they have succeeded in attracting a new, younger audience, without alienating in any way the existing fanbase.”