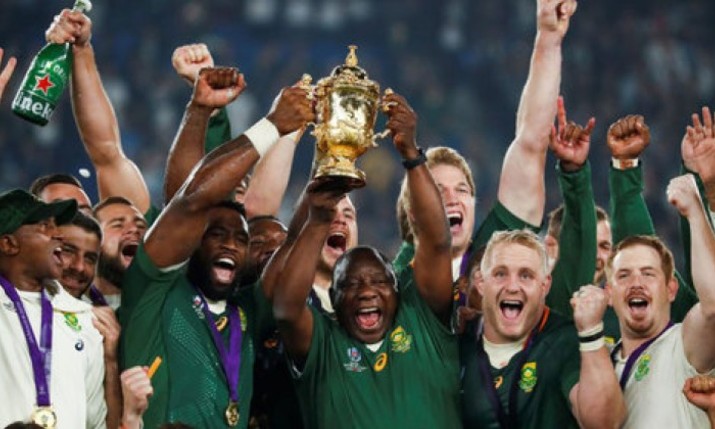 ITV Sport’s coverage of the 2019 Rugby World Cup final between England and South Africa has been bestowed a Bafta television award.

The live broadcast from the International Stadium in Yokohama fought off competition from the ICC Cricket World Cup Final Production Team (Sky Sports, Sunset+Vine and ICC TV) as well as the 2019 Women’s World Cup semi-final between England and the USA (Input Media for BBC) and the Wimbledon men’s tennis final (BBC Sport and Wimbledon Broadcast Services for BBC).

The award was given to the production led by Phil Heslop, David Francis, Mark Demuth and Paul McNamara.

In his acceptance speech (below), Demuth, the controller of ITV Sport, said: “The teams we had in front of, and behind, the camera were amazing.”

No need for the @ITVSport team to try, try again… they just kicked their acceptance speech out of the park 🏉 Never mind the cricket! #VirginMediaBAFTAs #BAFTAs pic.twitter.com/fY4Ev7cVNT