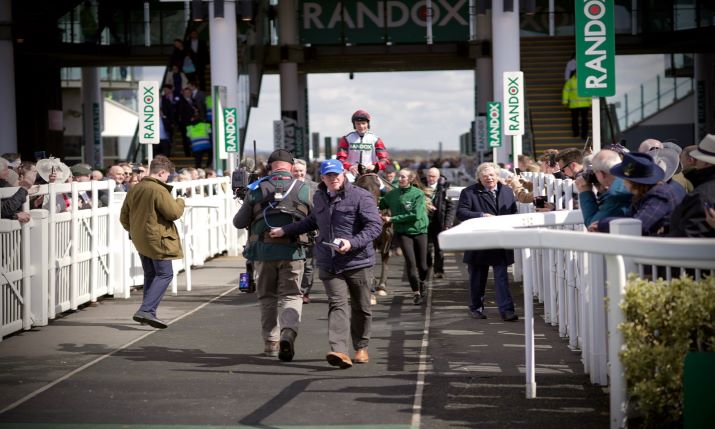 ITV Racing has once again worked with NEP to bring the Grand National at Aintree racecourse to viewers globally.

Providing 15 hours on air over three days, including ‘The Opening Show’ each morning as well as racing coverage in the afternoon, NEP pulled out all the stops to create the broadcast coverage for this historic event for ITV Racing.

“The Grand National is a national institution, being a worldwide sporting spectacle, where everyone stops to watch. It is also a live outside broadcast on a truly grand scale!”

Roger Pearce, ITV’s technical director, sport, tells SVG Europe: “The Grand National is one of the most testing sport OB’s of the year. It involves a large variety of camera and sound positions to cover the ITV presentation areas and the course. We also pull out all the stops to ensure we can tell the story of the race, and the people and horses around it.

“This year we again had a huge variety of specialist cameras including drone, helicopter, wirecams and tracker vehicles,” continues Pearce. “Most of these positions can only be linked back to our OB via RF which adds another level of complexity into the operation. We also had an extensive graphics requirement to fully exploit all the fast moving racing data. We again mixed our on-screen graphics with a range of augmented reality (AR) graphics on the course and above the parade ring, all supplied by Alston Elliot.

“To pull all the graphics, cameras, sound and specialist systems together for the live shows we need a world class hub OB supplier, and we were very pleased to be working again this year with NEP,” adds Pearce. 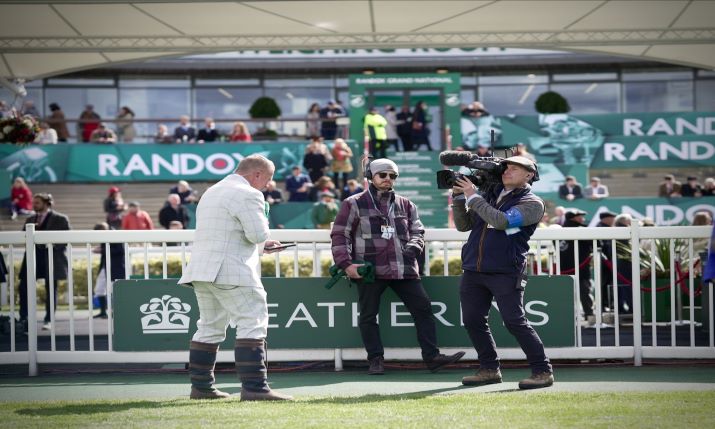 The NEP UK crew engaged in delivering these three days of world class racing to the watching audience numbers in excess of one hundred personnel on site, with two state of the art triple expanding outside broadcast units, supporting two ITV Racing production teams

Simon Moorhead, managing director at NEP UK, says: “The Grand National is a national institution, being a worldwide sporting spectacle, where everyone stops to watch. It is also a live outside broadcast on a truly grand scale!

“The roster of technical innovation employed is truly immense, with over seventy camera sources, twenty radio cameras, multiple superslow and speciality cameras, with thirteen EVS operators and associated machines to process this production workflow. Huge credit goes to the fabulous team on the ground and working behind the scenes, to deliver this prestigious sporting event,” continues Moorhead.

He goes on: “The NEP UK crew engaged in delivering these three days of world class racing to the watching audience numbers in excess of one hundred personnel on site, with two state of the art triple expanding outside broadcast units, supporting two ITV Racing production teams.”

NEP technical project manager, Jon Harris, is a seasoned veteran of Grand Nationals, this being his eighth in his current role at NEP, and his twelfth consecutive Grand National overall. He tells SVG Europe: “NEP is delighted to have supported ITV Racing to deliver the Grand National, one of the most eagerly anticipated and challenging outside broadcast racing events of the year.

“Our talented crew managed to build the outside broadcast set up within three days of it arriving,” Harris continues. “Covering the vast landscape of Aintree, it enables ITV to deliver the stories from every angle of the course, using a range of technology and specialist cameras. The Grand National delivers 15 hours of seamless broadcast over three days, which takes an incredible amount of meticulous planning and technical expertise to deliver such award-winning coverage.” 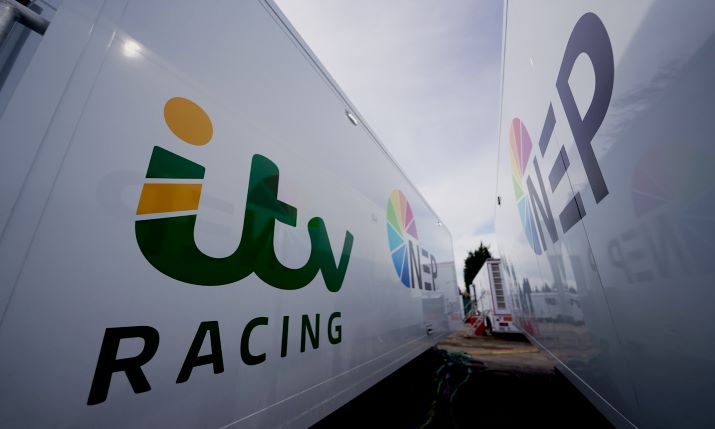 NEP deployed two OB trucks, Equinox and Atlantic, for the event, with two production teams. The technical areas were split over the two trucks due to the scale of the broadcast. Both OBs now operate on GreenD+.

NEP UK has been working together with ITV to remove single use plastics to reduce its carbon footprint, removing any waste, using reusable cable tags to tie cable.

Comments Moorhead: “All these moves to reduce waste and pollution form part of NEP’s long-standing commitment to work with ITV to achieve net zero by 2030 to combat climate change. Globally, NEP is committed to delivering sustainable productions and environmental responsibility. In 2019 NEP launched the Project Earth Initiative to incorporate ESG goals into everything we do. NEP is committed to our Sustainability Programme, using our resources wisely and continuing to work closely with our partners to combat climate change.”

Altogether 13 EVS operators and machines were on site, including three superslows. A unique part of the Grand National is the ‘rerun’, where immediately after the live race finishes, a detailed analysis is played back, fence by fence, showing how the race unfolded.

Comments Pearce: “Our racing technical manager, Rob Oldham, has been working with EVS to make the ExtraMotion service available to our production team this year. It has added a new dimension to our analysis with its cloud based, AI-driven technology to convert any video into super slomo sequences.” 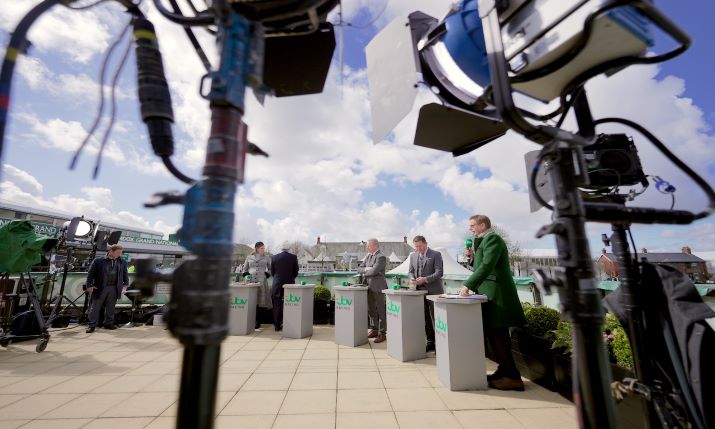 Due to the geographical layout and scale of the racecourse, the coverage relies heavily on RF technology. NEP used over 20 RF cameras during the event.

Says Moorhead: “Minicam technology is embedded in and round the various fences of the famous Grand National course, bringing the viewer as close to the action as possible. Whilst these cameras aren’t part of the live race coverage, they are used immediately for replays and effects packages.

“Bespoke NEP-built fibre systems are installed across the course, enabling connectivity of the remote camera equipment as well as providing the means to fit microphones at the fences.”

The officials’ areas such as Stewards Room and Weighing Room had a host of remote control pan and tilt cameras to capture the coverage of behind the scenes. Notes Moorhead: “The first race on day one resulted in a live on-air stewards enquiry and the decision from the enquiry changed the result of the race. This was all captured live on air using remote cameras and audio.”

On sound, ITV used a large presentation team to cover the event, who were split over various parts of the course. The communications for the crew and the presenter talkback had to work site-wide as this was the backbone to the operation.

There were three commentary positions around the course with the commentators seamlessly linking to each other at key points during the Grand National Race.

Moorhead concludes: “We feel immensely privileged to be ITV Sport’s partner in delivering ITV Racing, collaborating and bringing together our technical expertise and broadcast solutions with their highly creative and knowledgeable production teams to deliver fifteen hours of innovative, award-winning live sports broadcasting for each of the three days at Aintree.”