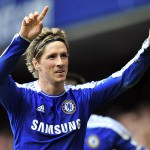 It’s a busy time for Roger Pearce, technical director – Sport at the UK’s main free-to-air commercial broadcaster, ITV. This weekend sees Liverpool play Chelsea in the FA Cup Final at Wembley Stadium, and, to top that, Chelsea also triumphed against some very long odds (10 men and a goal down against the best club team in the world, FC Barcelona) to book their place in the Champions League Final against Bayern in Munich later this month.

But for the moment, Pearce is focussed on the Cup Final, which ITV co-broadcasts alongside fellow UK rights holder, ESPN. For the second year in a row, ESPN is mounting a mammoth 12-hour broadcast from the event and producing a 3D feed for Sky 3D and others, but for ITV, matters are much more normalised and follow the lines of the broadcaster’s long-standing coverage of the national-team home games from Wembley.

“We’ve got 30 match cameras and eight presentation cameras,” says Pearce. “We’ve got five super-slos, two Hi-Motions, SkyCam, there are four radios, and a couple of polecams. I’m told that on site, all in all, there will be over 90 cameras.”

OB facilities for ITV will be provided, as usual for its football contracts, by SIS Live.

“SIS have to put a lot of effort in getting in there, but from our point of view, it’s pretty straightforward,” comments Pearce. “It’s a two-day rig. The only slight annoyance is that the SNG park is obviously not underground where the trucks are and, if you want a diverse route out, that means you’ve got to fibre up to the SNG compound which is about 200m away.”

Pearce says that Wembley’s facilities make doing such a high-profile match from the ground an easier proposition than some of the smaller matches earlier on in the contest, which can take broadcasters to tiny clubs that haven’t seen a TV camera in decades.

“Apart from the pressure of knowing you have 500 million viewer, it’s just a normal game,” he says. “You do have a lot of cameras, and you are working with other broadcasters, but in a way, it’s easier as the world feed is handled by a separate OB on site. ESPN is taking its own feed, so all we do is a basic world feed of the match. In a lot of ways, it’s simpler than if you were doing a round-three match.”

And after the dust settles at Wembley, Chelsea will be in action again at the Champion’s League Final in Munich a fortnight later. “The Champions League Final plans are changing at the moment now that Chelsea have qualified, but we’ve done all the recce,” says Pearce. “We’ll add a bit more ENG and that sort of thing, but the Champions League in general is so packed out with cameras and well managed that you can’t do much more. We’ll have our own reverse cameras behind the goals, a gantry camera, and all the other additions you can have, but really it’s just a case of ramping up the coverage a bit more.”