Watching live sport over the top (OTT) on any device, anywhere, is a fan’s dream, and in many cases, it is already available today.

However, it is a dream that can turn quickly into a viewing nightmare thanks to latency, rebuffering and picture quality.

Here we chat to Michael Milligan, senior director for product and solution marketing at Limelight Networks, about what the company’s State of Online Video report revealed about what fans are thinking and what sports broadcasters are offering right now. 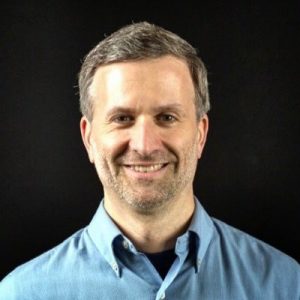 Looking at your recent State of Online Video report, you note that sport is the fourth most-watched type of online content, with films at the top. Apparently, the majority of people said they would be more likely to watch sports online if they knew the online stream was not delayed from the broadcast feed; how bad do you feel this situation is right now, what is causing this latency, and what can sports broadcasters do to improve latency to the viewer?

The popularity of online video is taking off. Our latest State of Online Video survey shows online viewing has jumped 58% in the last two years, and in some countries has even surpassed traditional broadcast television viewing. Viewers enjoy the ability to watch on-demand content such as films and TV shows on their own schedule.

However, when it comes to watching live events such as sports online, the typical 30 to 45-second streaming delay can lead to major spoiler alerts for fans. No one wants to learn about a big play on social media before seeing the action online.

Unlike a traditional live broadcast signal path where latencies can be easily minimised, HTTP streaming formats such as MPEG-DASH and HLS break the video into small segments or chunks that must be buffered prior to playback, resulting in streaming delays. These delays lead to the online viewer dissatisfaction that was widely noted during the recent FIFA World Cup.

Nearly 60% of respondents in our survey said they would be more likely to stream live sporting events online if they knew it wasn’t delayed from the television broadcast. For sports broadcasters, eliminating online streaming delays represents a major opportunity to capture and keep additional viewers, particularly those who may not have access to the television broadcast.

To address this challenge, Limelight recently introduced Limelight Realtime Streaming, a solution that delivers live streaming video to viewers anywhere in the world in less than one second. By utilising industry-standard WebRTC technology to stream reliable, broadcast-quality video using the UDP protocol, typical streaming delays are eliminated and online viewers can enjoy the action in real time using standard web browsers without the need for special plug-ins. Now, online fans can enjoy the action at the same time as, or possibly even before, the broadcast audience.

The report states that the average number of times a viewer will let a video rebuffer before they stop watching has dropped 19% in the last two years from 2.7 times in 2016 to 2.2 in 2018, and that 29% of viewers will stop watching a video the first time it rebuffers, with an additional 37% dropping off after the second time. Why are consumers becoming more demanding and less patient?

As over the top (OTT) and online video viewing continues to grow, viewer expectations are also rising. While viewers were once happy just to be able to access content of their own choosing on their own schedule, they now expect the same reliable viewing experience they enjoy from broadcast television.

This includes fast startup times when they click on a video, HD picture quality, and playback that doesn’t stop to rebuffer.

Rebuffering interrupts the online viewing experience, something viewers don’t have to endure when watching broadcast television. More than 40% of respondents noted video rebuffering as the most frustrating aspect of watching online video. As viewers expectations continue to rise, it is even more critical to deliver a high-quality viewing experience with minimal rebuffering to keep them engaged.

When might live sports viewing online overtake traditional sports broadcasts on cable and satellite television? What needs to happen before this happens?

Sports fans are drawn to the big games. Supporting online streaming for the millions of fans who watch major live events such as the World Cup or the Champions League on broadcast requires significant streaming capacity.

The good news is that techniques such as edge computing are being increasingly utilised to scale up content delivery capacity close to viewers. This provides fans with a higher quality viewing experience while lowering transit costs for content distributors. This will be critical for growing the online audience for marquee events.

The key to growing online sports viewership will be offering a richer and more immersive experience online than what is available on broadcast. We are already starting to see this with the introduction of virtual reality (VR) and augmented reality (AR) applications that let fans join the action on the field.

The next step will be to provide fans with even more ability to customise their experience, for example, an online stream of a match could allow viewers to choose which camera angle they want to view or even view multiple cameras at the same time. Customised statistics about favourite players could be accessed, and fans could vote on the player of the match or chat with other fans, right from the same device being used to watch the match. Online streams could also offer fans the ability to wager in real time on events such as who will score the next goal or whether a particular player will score on a penalty kick.

Delivering real-time interactive experiences will make online viewing a more engaging experience than broadcast, spurring the growth of online sports viewing to a point where I think it could rival broadcast viewership in the next three to four years.

What are the ratios of people watching streamed sports on computers versus smartphones and tablets? What does this say about the technologies and how people are viewing sport?

When we examine the behaviour of viewers who spend more than 50% of their online viewing time watching sports, we see an almost even split between those who primarily use their smartphone to watch online sports and those who watch on a computer.

However, younger viewers are more likely to watch on a mobile device. This mirrors the larger viewing trends that show the growth of smartphones and mobile viewership. To maximise viewership and reach fans who are on-the-go and don’t have access to the broadcast feed as well as those who are viewing from home, sports broadcasters need to implement a solution that can easily stream their online content for playback on any device.

What are your predictions for the sports broadcast market and streaming technology for next year?

As viewing audiences continue to be fractured by the numerous content options, live sports remain one of the strongest draws for both broadcast and online viewing. Live online sports viewing will continue to accelerate.

As sports broadcasters begin offering true real-time interactive online viewing experiences with no delay from the broadcast, online fan engagement will grow rapidly. This will provide sports rights holders with additional opportunities to monetize online viewing and grow revenue by offering premium experiences that were never possible before. This will be an exciting year for both sports fans and for sports broadcasters.