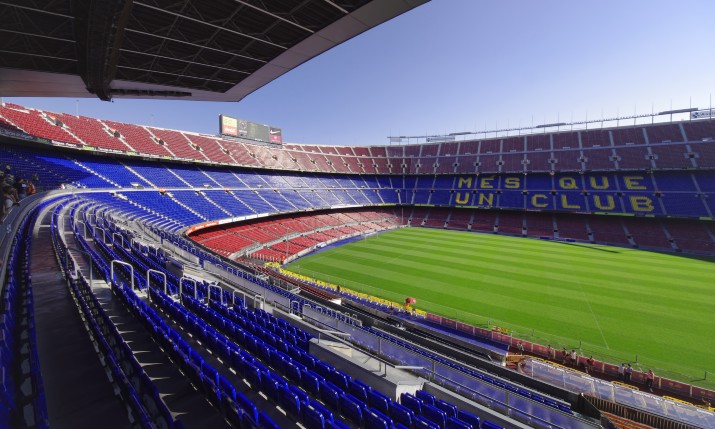 Barcelona’s Nou Camp stadium will be devoid of supporters when the team next plays at home, on Tuesday against Leganes, but TV viewers will see a virtualised crowd, created by Mediapro

Spain’s LaLiga returned this week with Sevilla taking on Real Betis (Thursday 11 June). Of course, because of the coronavirus pandemic, there were no fans present inside the Ramón Sánchez Pizjuán Stadium, leaving it devoid of any atmosphere, passion and emotion from the stands. A situation that is far from ideal for fans and broadcasters alike.

In some countries where football leagues have already returned, it is the broadcasters that have been the ones to augment this situation, adding their own ‘fake’ audio, for example.

But in Spain, LaLiga itself, through its production partner and host broadcaster Mediapro, is doing that job and is going one step further.

In addition to providing all international and domestic rights holders with its usual simulcast UHD and HDR coverage, it will also deliver virtualised supporters (in their club colours) and simulated crowd sounds for every remaining game.

On the eve of the first match, SVG Europe spoke exclusively to Emili Planas, Mediapro’s chief technology officer and operations manager, to get a better handle on how this will be achieved.

SVG Europe: LaLiga is the first league in Europe to augment match coverage with artificial fans. How will the virtualised system work and what technology will you use?

Emili Planas: “We have integrated several systems into our production centre in Barcelona to ensure coverage of all LaLiga matches, including the second division. This will enable us to produce up to 21 matches per match week with virtualised fans. The technology we are using is Vizrt, a company we have been working with for many years. We have been discussing with them about what the ideal configuration would be for a variety of virtualisation and augmented reality solutions. We will produce matches in simulcast UHD-HDR with virtualised fans in both versions.” 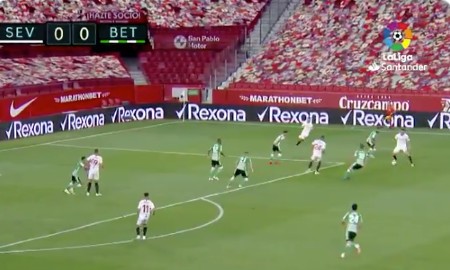 What will it look like to the TV viewers?

EP: “The idea is to create a sensation of “normality” in the stands, more than create fake fans. We can do it more photorealistic, but this is not a technology decision. Using camera one it seems real. The colours of the virtual fans will be adapted to each club’s colours to be more realistic, but we don’t try to fool people but offer something more attractive.”

What challenges does this pose for Mediapro?

EP: “The challenges, technologically speaking are the timeline we are working with, plus all the COVID-19 restrictions. We had to plan several plan Bs to ensure the production and distribution of so many games to the high standard demanded of us from LaLiga. Thanks to our wealth of experience in AR and virtualisation in LaLiga production, this integration was possible.”

Let’s talk about sound. How will the simulated audio system work?

EP: “Thanks to a long-standing relationship with EA Sports, we delivered a complete microphone audio capture recording during several seasons from all stadiums. EA Sports classified all the audio reactions during games and this helped to develop a system capable of creating a realistic atmosphere that is personalised for each stadium and its fans’ reactions.”

Will the sound be automated or controlled by an operator?

EP: “We will start working manually controlled, but the system can be operated automated, just like we are operating the sound mix of a real game. The biggest challenge is not technical but operational: who decides the more precise audio following the fans’ reaction in a real match needs to be an expert in a whole new speciality. Each club’s fans react differently depending on the action in each game.” 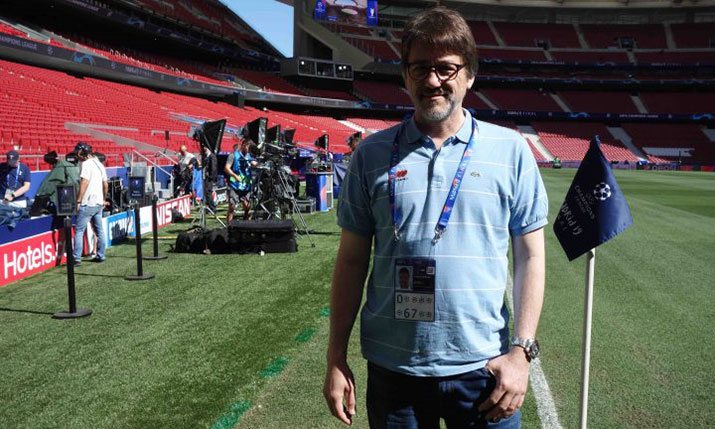 Planas: “The idea is to create a sensation of ‘normality’ in the stands, more than create fake fans.”

In addition to the sound and the virtual fans, you are also adopting new camera angles. What changes have you made to the camera plan and why?

EP: “We will keep the same number of cameras per game but we needed to adapt some positions to avoid the empty stands in the background as much as possible. We had to change some cameras to remote operation, using pan-tilt remote cams.”

Have you had to make any other changes ahead of the LaLiga re-start?

EP: “To limit the number of people travelling to the stadiums, we have deployed what we refer to as “delocalised production”. For example, when we need five EVS operators for a match, only one of them will be inside the OB vehicle. The rest of the team can operate from one of the Mediapro production centres in Madrid or Barcelona. We do the same with CCU/shading operation.”

Finally, once things return to normal, whatever that looks like, will any of these new innovations continue to be applied even when fans can take their seats inside the stadiums?

Sevilla vs Real Betis kicks off the LaLiga restart on Thursday 11 June at 20:00 local time.

Emili Planas will be among the speakers at SVG Europe’s Football Summit next week. For more details, see below.