LaLiga re-start: “We have come a long way and it’s only been two weeks!” 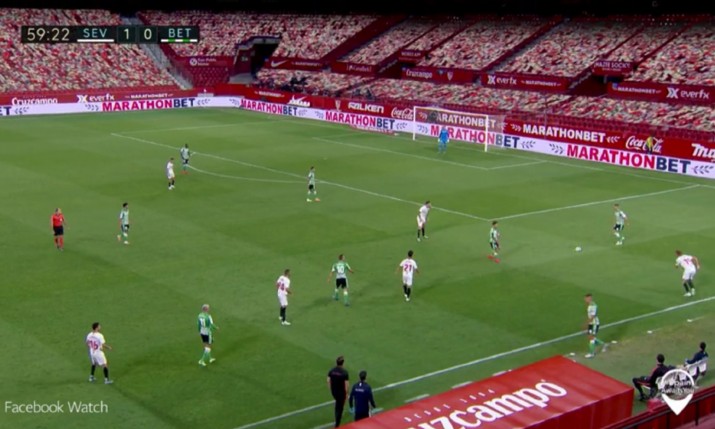 Speaking to SVG Europe, LaLiga head of content and programming Roger Brosel outlines the improvements that have already been made to match coverage since Spain’s top two divisions returned to action, discusses the thought process behind the augmented pictures and sound and hints at what might happen next season.

Top-flight football returned in Spain on 11 June with Sevilla beating Real Betis 2-0 in LaLiga at the Ramón Sánchez Pizjuán Stadium.

It was a comfortable win for the home team on the pitch but off it things were very different, of course, with no supporters present.

Some TV viewers (had they been living under a rock for the last couple of months), however, might not have noticed any difference as the stands were full of colour and the match sound fitted the action. That is because while some leagues opted for a ‘natural’ approach to their match coverage, LaLiga augmented its production with virtual fans and virtual sound.

“Fans are irreplaceable. But we wanted the viewer watching on TV to see something that seems like a full stadium – but it’s not real fans.”

Keeping players and stadium personnel safe, and being able to finish the season, were the ultimate priorities for LaLiga, of course, explains its head of content and programming Roger Brosel, but when it came to the TV output, there were other considerations.

“For the viewers, it’s a bad experience to watch a behind-closed-doors game,” he says. “So we wanted to try to compensate for that with technology and find a formula so that the viewers were not focussed on how empty the stands are – but are focussing on the game.” 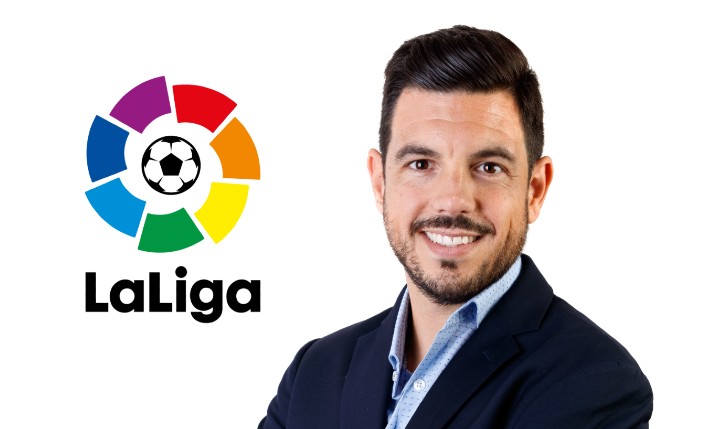 Brosel: “If you listen carefully to the games, there are now more reactions [to the action]. The sound is bigger and fuller.”

The latter development uses Vizrt technology and has been adapted to the characteristics of the 42 different stadiums in LaLiga’s First and Second divisions, and takes into account changes in light and the architectural features of each ground.

The league’s host broadcaster, Mediapro, carried out the operational side. Editorially, however, as Brosel continues, there were some big decisions made about the virtual supporters.

“We have what resembles fans in the stands,” he says. “But we didn’t want to try to imitate 100% real fans. We wanted to create for the viewer the sensation that there was nothing too different from our regular broadcasts but we didn’t want to impersonate real humans.

“Fans are really important to the game. Nobody had to tell us before but now everyone realises that watching a game with empty stands is very different from watching a crowd that has chanting for 90 minutes. It really makes an impact. We didn’t want to substitute fans as if they were replaceable. We know they are irreplaceable. But we wanted the viewer watching on TV to see something that seems like a full stadium but it’s not real fans.” 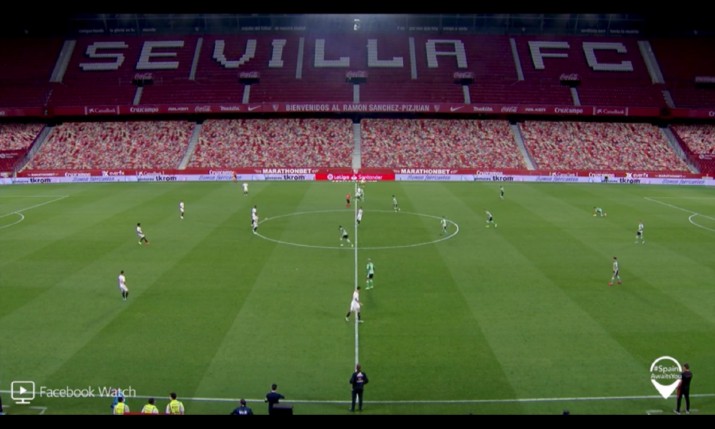 The result is not photorealistic but instead is a bed of colour and shapes that, at first glance, looks like a busy stadium. In the two weeks since Seville beat Real Betis, things have moved on further still.

“We have come a long way and it’s been only two weeks since that game,” enthuses Brosel.

“The graphics are now more reliable and stable. We have learnt where the problems were and have tried to reduce or fix them, in the programming of the graphics.

“We’ve also learnt a lot about how to apply the perspective in some of the stadiums – each stadium is different and of course we don’t just do [virtual fans] for the first division but also the second division. That is 42 different stadiums that range from 100,000 seats at Camp Nou to 5,000 seater stadiums in the second division.”

While the virtual visual backdrop may be helpful for viewers, it is the augmented soundscape that really aids the enjoyment of the match coverage.

“The sound is the most important thing. If you watch a game with no sound for a full 90 minutes it seems like a pre-season friendly.”

Different sounds follow the flow of the game as certain situations occur, such as a goal or a foul, creating what is being referred to as Atmospheric Audio.

“The sound is the most important thing,” argues Brosel. “At the end of the day, if you watch a game with no sound for a full 90 minutes it seems like a pre-season friendly. You hear the echoes and the screams of the players. We didn’t want that for the remaining 11 match days in which several teams will have lots to play for. We wanted those games to have some kind of atmosphere.”

The audio has also improved since Matchday 28, he adds.

“If you listen carefully to the games, there are now more reactions [to the action]. The sound is bigger and fuller. We feel comfortable and happy now. We are introducing more chants and more general atmosphere because we feel more comfortable with the technology. Everyone agrees that it is a big improvement. We’re making the sound louder too. Even the casual fan can hear the difference.”

Mixing the audio is not just about adding reactions, however. The engineer also needs to take into account the cultural variations between different stadiums and different sets of supporters. 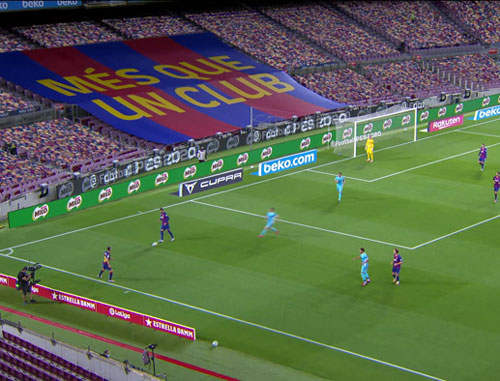 “All our sound engineers are very experienced,” says Brosel. “You need an experienced [operator] who can play the sound at the right moment. They know which chants are sung at certain moments in each stadium. Plus the great advantage we’ve got with our partnership with EA Sports is that they have all the sounds logged in a way that makes it very easy for the mixer to find the correct sound.

“We create a general atmosphere and the system automatically plays and mixes in the chants and [other things] but not the reactions. Then, whenever there is a specific chant [required] or a goal is scored, for example, that is when the human factor comes in.”

One thing that isn’t added is catcalls, booing or whistling if a decision on the pitch doesn’t go the way of the home team. Brosel says that decision was quite deliberate.

“We want the sound to be supportive of the home team. But we don’t want to editorialise – where is the beginning and where is the end of that?” he says.

With LaLiga matches now in full flow and the new broadcast systems and processes tweaked, thoughts are starting to turn to next season when the ‘new normal’ could be different again.

LaLiga is optimistic that some fans will be allowed back into grounds for 2020-21, maybe filling as much as 30 per cent of stadium capacities. This could see the TV output combine real and virtual fans on the terraces.

“At some of our recent games, there are clubs that wanted to have physical banners in the stands, as they do in the Premier League, so we’re mixing the virtual fans with the real flags and different things that the clubs wanted to include. So yes, it is a possibility [to mix real fans with virtual fans].”

“It’s still a long time until 12 September [though],” he concludes. “Three months ago it seemed impossible we could resume our competitions and here we are. In another three months, let’s see what happens. The last goal is to finish the season with everyone healthy and put on the best show we can for our fans.”

LaLiga has produced a new documentary called Today We Play that offers exclusive behind the scenes footage of how the competition was resumed in line with LaLiga safety protocols. A series of LaLiga and club directors are involved. This is a teaser for it.

The documentary will air through all LaLiga international broadcasters, including through LaLigaTV in the UK.