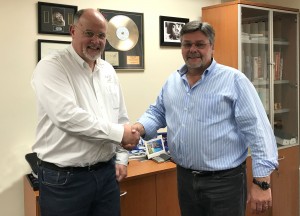 “We are seeing major growth in demand for 4K production equipment and are very pleased to be adding Leader products to our rental inventory,” said Presteigne Broadcast Hire CEO Mike Ransome. “The LV5490 in particular has established itself as the Swiss Army knife of 4K test and measurement, both for engineers during setup and production crews during live shooting. Our initial investment will be in Leader LV5490 4K waveform monitors, LV7390 4K rasterizers and LV5333 3G/HD/SD-SDI waveform monitors.

“The combination of 4K and high dynamic range has tremendous potential for our clients as already demonstrated by recent technical trials at major sports OBs during the German Bundesliga and the Champions League final in Cardiff. With their versatile feature set, including the ability to handle HDR in Dolby PQ, Hybrid Log-Gamma and Sony’s Slog-3, the LV5490 and LV7390 enable our customers to ensure that their creations have the longest possible commercial life.”

“With over a quarter-century of experience in dry-hire, Presteigne Broadcast Hire has an excellent reputation and a highly impressive client base,” added Kevin Salvidge, Leader’s European Regional Development Manager. “This partnership gives content producers the choice of accessing the LV5490 on a project-by-project basis rather than an outright purchase.”