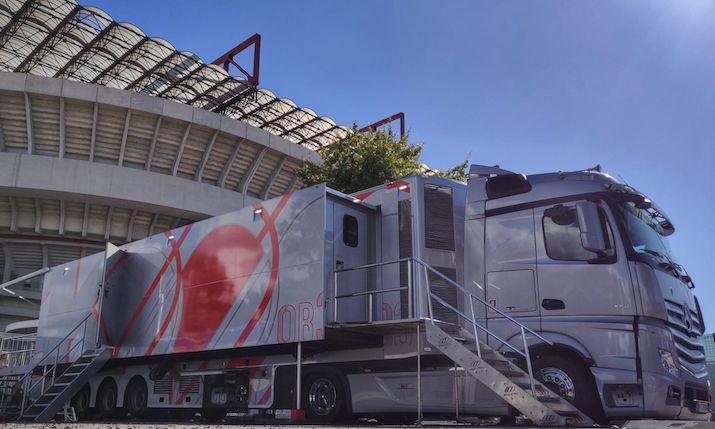 The Coppa Italia Final between Atalanta and Juventus was held at the Mapei Stadium in Reggio Emilia on 19 May 2021. The competition, which began on 22 September 2020, ended with a broadcast spectacle filmed and produced for Lega Serie A by Euroscena, part of Mediapro Italia, featuring an innovative new camera set up.

Euroscena COO Davide Medici, who along with technical manager Manuel Lombardini and executive producer Walter Ferrari are responsible for the production of the 2021 Coppa Italia Final, says: “In this final everything is done by Mediapro Euroscena by their own means, from the UHD 4K OB van to the cameras, including Ultra Motion, Spydercam, remote cameras and a drone.

“Furthermore, for the first time in Italy, an innovative camera with a cinema sensor – the Venice CineAlta by Sony on a gimbal with cinema optics – will be used to create shots and detail with the depth of field typical of cinema.”

Sony HDC-4300 UHD 4K cameras will be used throughout. Of those used in the field, two will be placed on a Steadicam in RF and one will be on a gimbal also linked to the main gallery via RF.

Two For-A Ultra Motion cameras with 107X Fuji 4K optics will also be utilised, while the rear goal cameras will be Antelope Pico capable of shooting over 350 frames per second. These will be mounted on spikes with a stabilised head enabling 360º panning. 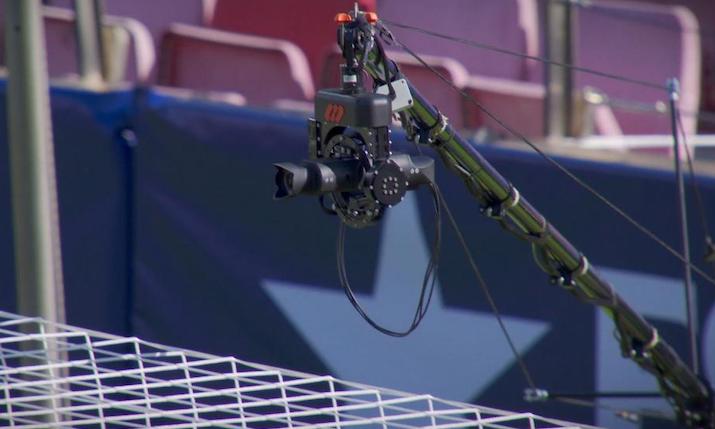 The production will be carried out by three OB vans, including the OB33 UHD which for years has produced all the football events in Milan, including Inter Milan at the San Siro Stadium, as well as the Champions League and the Europa League.

The second OB24 control room will host all EVS operators with Multireview, 10 dedicated to the feed host and two dedicated to the highlight feeds. An onboard director will make a single feed that is then routed to the main gallery.

The third van will carry the technical management and controls of all the special cameras.

For the audio, Soundplant software will be used to simulate crowd noise.

Additional team managers on the production are Marco Urbani, who will manage the technical requests, and Riccardo Petrucci, who is the second technical manager on board the replay gallery.

Lorenzo Dallari, communications manager of the Coppa Italia organiser Lega Serie A, saya: “The final of the Italian Cup is an important event on many levels and we have chosen Mediapro Italia Euroscena for the TV production because they are a guarantee of success and quality.

“It is no coincidence that the Mediapro Group has produced many very important events and competitions, such as the Champions League final, from 2016 onwards.” 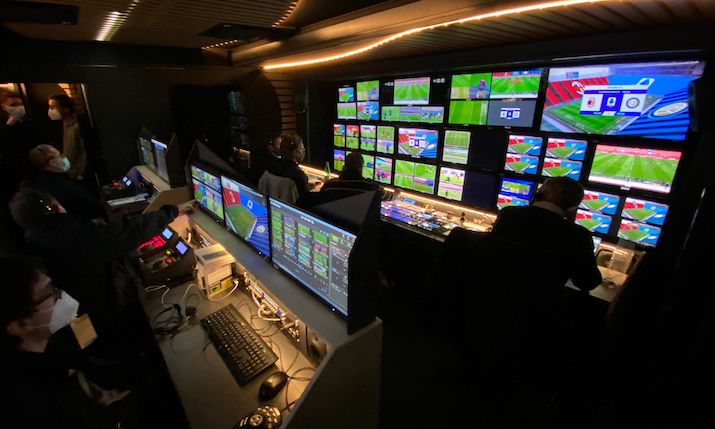 Euroscena was acquired by Mediapro in 2018

Euroscena was established in 1985 by Luigi Sciò who is still at the helm today as general manager. The company was acquired by Spanish multimedia group Mediapro in 2018.

Federico de Mojana, head of Mediapro development in Italy, says: “Mediapro is a very important in the international media landscape, having diversified its activities with several associated companies able to manage adjacent and contiguous sectors. This includes international TV and cinema production activities, format creation, intellectual property management, the acquisition of international rights especially for sports, and then new digital areas, as well as an important innovation, research and development section.”

Eugeni Sallent, country manager of Mediapro Italia Euroscena, said: “We are very happy that the Italian Football League has taken into consideration our proposal to enhance the 2021 Italian Cup final in the style of El Clásico in Spain, which Mediapro has been making for several years with over 30 innovative and special cameras.”