Life in the fast lane: Sky Deutschland’s Imke Dunker on working at a pan-European broadcaster across Formula 1 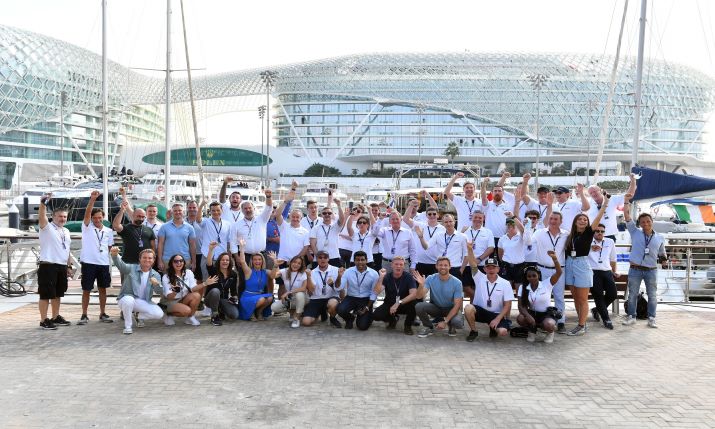 Sky Deutschland’s Imke Dunker, senior producer for Formula 1 and team lead for Formula 1 and tennis, has united a career focused on motorsport production and her family in a cohesive bundle that has enabled her to continue taking opportunities as they presented themselves.

“Working in live sport isn’t a job from nine to five; you must be flexible, often working on the weekends, and unsociable hours”

Dunker comments on some of the challenges she has faced so far in her career in top level motorsport. “As a woman in a male-dominated job it wasn’t easy to get the respect and into the next level of jobs. In substantive discussions about motorsport for example, I found early on in my career that you have to work harder and have very good arguments to establish yourself as a woman in a man’s world.”

However, she adds: “I’m very happy to say that this has changed. Now, if you are good at your job it doesn’t matter if you are women or man.”

Special moments between success and defeat

Dunker is drawn to a career in live sports broadcasting like a sports fan to the tension and excitement of a penalty shootout. “It’s about these special moments between success and defeat. The emotions and this unreal situation where you can you win even when all seems lost!”

She goes on: “Working in a team here at Sky Germany is a great part of the job. To work in a team, especially as we work together with Sky UK and Sky Italy at F1, there is so much more to learn, from how people in UK and Italy broadcast F1, to how the world and especially the technical side of television evolves.”

However, Dunker warns those thinking of moving into sports broadcasting that, “working in live sport isn’t a job from nine to five; you must be flexible, often working on the weekends, and unsociable hours.

“Nevertheless, sport has a great influence on society, and it is important to go to work and broadcast with the right values. For example, the topic of sustainability in sport and especially in motorsport is becoming more and more important.”

She advises others: “I was so lucky to recognise and find my first job in broadcasting live sports. Just follow your dream and take your chance. It’s not easy if you want both, a family and a full-time job, but it’s possible with the right people by your side. You must be flexible and creative but if you know where you want to go; just go and take and name the things you need.”

Right now Dunker is working in the editorial department, trying to develop her work experience and exploring technical innovations. She is using the opportunity to work in different sports and with different teams while staying focused on F1. 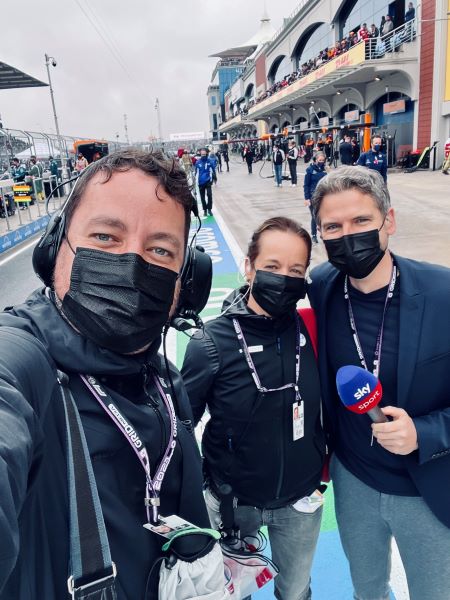 She notes on her role: “I still can do the job I love the most, being live, being on site, working in a team; and it´s all about sports. On top of that I have the chance to lead a team.

“My biggest challenge was not to get but to keep this job, and to get the opportunity to improve myself. In 2009 and then in 2012 my two sons were born. To unite family and kids and the job wasn’t and still is not is easy. I am lucky to have a great husband who always supports me, a boss who always trusted me when I ask him for alternative working, and I was so lucky that Sky Germany had a kindergarten when I needed it (it’s a shame that they closed it). I guess we need more support in Germany like this for women to unite family and jobs.”

Start of the sports broadcasting journey

On how she began this sports broadcasting journey, Dunker comments: “In 1997 when I was studying sports in Cologne I got the opportunity to do an internship at RTL Television, which aired UEFA Champions League and Formula 1 at that time. From that moment on I knew that I want to stay as close as possible to the world of sports and especially live sports. TV broadcasting was a good possibility for me because I loved working in a team and loved the feeling when we count back from 10 to be on air!

“I just finished my studies and went to work as a freelancer at RTL. Then four weeks before the F1 season started that year, one of the employers of the F1 editorial team quit his job and they asked me, “do you want his job and do you want to work with us for RTL at F1?”. I was so happy, I will never forget that moment, a dream came true!

“I worked in the sports editorial department of RTL for five years, where I was able to work on F1, UEFA Champions League and ski jumping. It was a great time and I learned a lot with a fantastic team of such open-hearted, funny, creative people, all crazy for the sport and their jobs.”

She then moved to work at Premiere, which in 2009 became Sky Germany. She explains: “In 2006 I got the opportunity to change to work at Premiere, and then that became Sky Germany. On one hand I was so happy for a new city [Munich], new perspectives, and the next step in my career. On the other hand, it was a chance to bring my experience from the way RTL used to produce the F1 into the Premiere editorial and production area. But one thing was the same; a great team with people crazy for the sport and their jobs.

“Even when it wasn’t easy, I never regret that change, which has been so important for my career to get other impressions, new perspectives, and possibilities.” 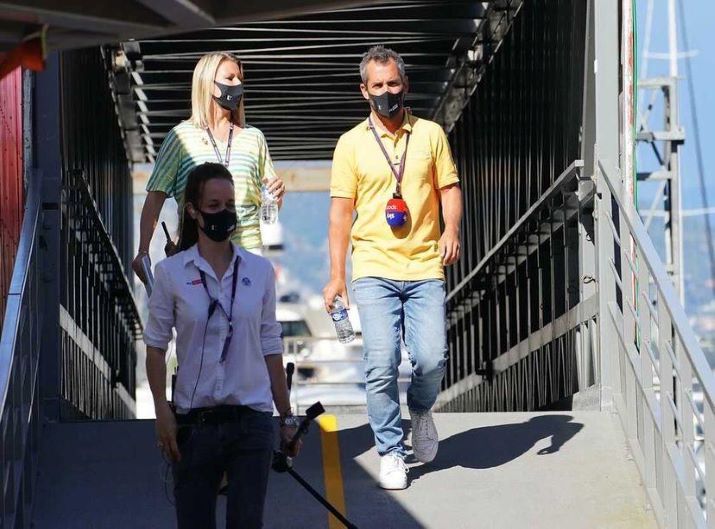 “I still can do the job I love the most, being live, being on site, working in a team; and it´s all about sports” says Sky Germany’s Imke Dunker

Pinpointing the highlights and successes

She pinpoints some of the highlights of her time at Sky Germany: the Four Hills Tournament when Sven Hannawald won hands-down; preparing and broadcasting the UEFA Champions League on 11 September 2001; in 2006, her first year with Premiere when she was part of the broadcast team of the Football World Cup 2006 and she adds, “it was an amazing event and we had a great studio with a view on the Reichstag”; 2010 was her first F1 Championship and also the first F1 Championship for German Champion Sebastian Vettel; and 2021 was the first season where Sky Germany had exclusive F1 rights, and Max Verstappen won his first F1 Championship.

Over the last two years Dunker’s role has evolved at Sky Germany. She explains: “With COVID a lot of things changed I now have more responsibility for my employees. You need more flexibility and more trust and patience in yourself because there were more new and unknown situations. At the beginning there was no live sports, but we needed to carry on programming, so we developed programmes without live sports. Nothing can really be planned anymore.

“The last two years gave me a boost of new experiences and I guess it was a hard time but, in the end, quite successful.”

Dunker sums up: “It’s been fantastic to work in motorsports and gain all that experience over the last 20 years in F1. I wouldn’t change a thing!”