Linear TV stays strong: Programming the Premier League and the impact of digital 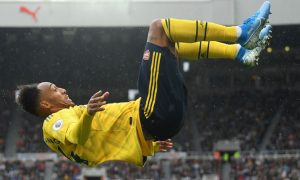 The Premier League has a hard act to follow, with last season’s nerve-wracking title race decided by a single point on the final day. But this season looks just as exciting, with Liverpool enjoying its longest ever winning streak and record-breaking Manchester City scoring five times in the first 18 minutes of one game against Watford.

Media companies are making the most of the competition’s universal popularity by expanding match coverage and related content, providing unique opportunities for advertisers to reach large and diverse audiences via a variety of channels.

Linear TV audiences remain strong, with an impressive 70% of UK consumers watching the Premier League last season via Sky, BT or the BBC’s Match of the Day, according to the League’s own figures.

Sky Sports’ UK audience grew 12% throughout last season according to Premier League stats, with 16 matches attracting over two million viewers, while BT Sport saw its largest Premier League audience when 1.7 million tuned in to Liverpool versus Arsenal. BT Sport is revamping for the current season, bringing in well-known faces such as Karen Carney, Peter Crouch and Robin van Persie as commentators.

The Premier League doesn’t just attract UK fans; its cumulative global audience of standard in-home viewers reached 3.2 billion [Premier League Global Broadcast Report for 2018/19] last season. In the US over 35 million [according to official national data provided by Nielsen and digital data from Adobe Analytics] watched on NBC, with 2.2 million viewing on the final day alone as all 10 matches were shown.

Premier League football is broadcast in 188 of the world’s 193 countries and is particularly popular in India, Brazil, South Africa, the Nordics, the Netherlands, Canada and South Korea, the League’s report stated. 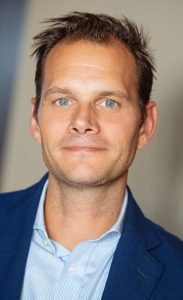 Digital looking for an equaliser

In the UK, live games are available to Sky customers via the SkyGo app, while non-customers can access the same coverage on Now TV, which offers daily, weekly or monthly subscription passes. These services make matches accessible on Amazon Fire devices, Apple computers and laptops, PlayStation and Xbox consoles, Chromecast, Roku, LG Smart TV, and some mobile and tablet devices.

For example, BT Sport launched the Early Kick Off show on Saturday mornings to set the football agenda for the weekend and tackle major talking points, while Manchester City released an over the top (OTT) subscription platform for smart TVs with live women’s and academy matches, match replays and original programming.

Much of this spin-off content is created for and shared via social media platforms. With the Premier League’s official Instagram and Twitter accounts boasting over 50 million followers combined, social media reaches large audiences who might not be traditional pay-TV customers.

The 2019/2020 season is already well under way, but there are still plenty of high stakes matches on the fixture list so advertisers have time to kick off their Premier League campaigns.

Whether they want to reach new US viewers streaming highlights on a mobile app or established UK fans watching live games on linear TV, Premier League content gives advertisers access to vast and diverse audiences via a multitude of channels, devices and platforms.