Live from CES 2020: Super Bowl LIV will be the first to offer 5G in-venue connectivity to fans 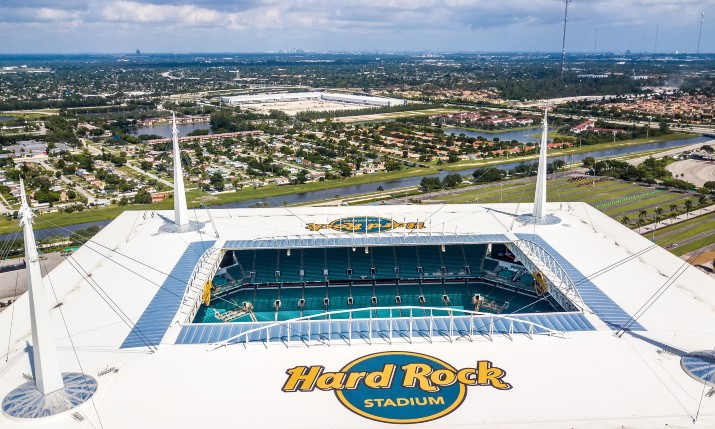 With selected US cities beginning to install 5G infrastructure, one of the logical places for the next generation of mobile connectivity to gain early traction is in professional sports venues. The NFL, through its partnership with Verizon, is committed to staying out in front of this revolutionary trend.

As of now, 5G capabilities are currently installed in 16 NFL stadiums, with Buffalo’s New Era Field having come online in the past week or so (along with KeyBank Arena, it’s the first place in the city of Buffalo to offer a 5G connection to the public).

Another stadium that has installed 5G infrastructure is Miami’s Hard Rock Stadium (pictured above), which will host Super Bowl LIV next month. That means that this year’s Super Bowl will be the first Big Game to offer 5G connectivity to fans in attendance. 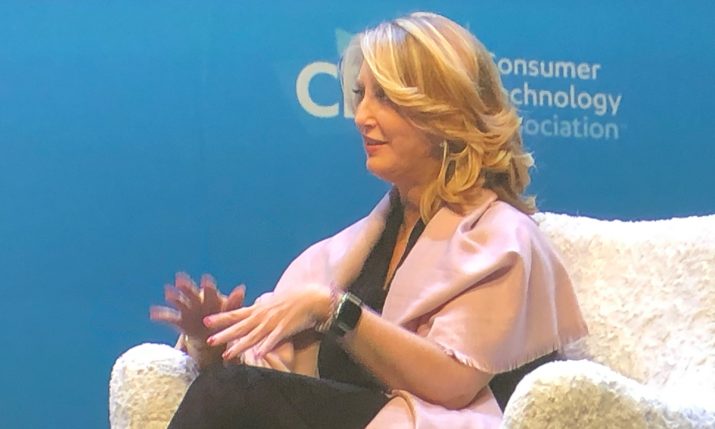 NFL’s Michelle McKenna: “I think 5G will revolutionise what we can do in our stadiums”

“We always say the best place to watch an NFL game is in an NFL stadium, but let’s face it, the living room is pretty great,” said NFL CIO Michelle McKenna during an interview at the Consumer Electronics Show in Las Vegas on Tuesday (7 January 2020).

“I think 5G will revolutionise what we can do in our stadiums with the edge computing and the speed and connectivity that it brings. It will allow you to immerse yourself in the game in a different way.”

McKenna gave some potential content examples, saying that fans may be able to hold their phones up to the field and see integrated content from stats to names of players to, potentially, the yellow 1st & Ten line integrated on the field.

She also noted that, while fully understanding that the industry still has a way to go in terms of 5G devices in fans’ hands, the league wants to be proactive in this initiative.

“Even though there’s not that many devices in the marketplace, we want to be ahead of the devices,” said McKenna, whose career includes stints as an executive for both The Walt Disney Company and Universal Orlando Resort. “We don’t want to be trying to install after everybody has a device. I think 5G will revolutionise the in-stadium fan experience for everything from food and beverage to ticketing, to ingress and egress and your in-seat experience.”

During her talk at CES, McKenna noted some of the responsibilities of her role, which covers everything from fan-facing technologies like connectivity to the internal comms systems that coaches and players use on the field. She noted that the league is trying to take more calculated risks in terms of technology over the next five years but also wants to remain committed to the purity of competition in the game.

“Technology is the enabler,” she noted, “but it really should be frictionless, seamless, and almost invisible. It shouldn’t be about the technology; it should be about the experience. When you get technology right, that’s what happens. So our goal is to enhance our game, and it the most competitive product of sports in the world.”