NHK Technologies (NT), in collaboration with Rakuten Mobile, successfully transmitted live 8K video over Rakuten Mobile’s 5G network during a demonstration held at the InterBEE 2019 exhibition in Tokyo. The live transmission experiment made use of NT’s 8K Cloud Distribution System.

The use of the public 5G wireless network frees the user from fibre optic network constraints, and greatly enhances the user’s freedom of location in content production. 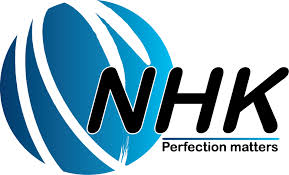 “We believe there will be increased demand for 8K live transmission of sporting events, as can be seen from the popularity of 8K public viewings of the 2019 Rugby World Cup games,” said NT President and CEO Ichizo Ohashi.

“NT strives to bring a better media experience in areas such as sports, entertainment, education, and medical applications, through the use of 5G network infrastructure, in collaboration with network providers such as Rakuten Mobile.”

NHK Integrated Technology and NHK Media Technologies merged in April 2019 to form NHK Technologies, Inc. The merger of NHK’s two technical subsidiaries has enabled NT to provide one-stop services for the entire range of broadcast-related services. NT continues the two companies’ mission of contributing to a better media society through the development of related technologies.