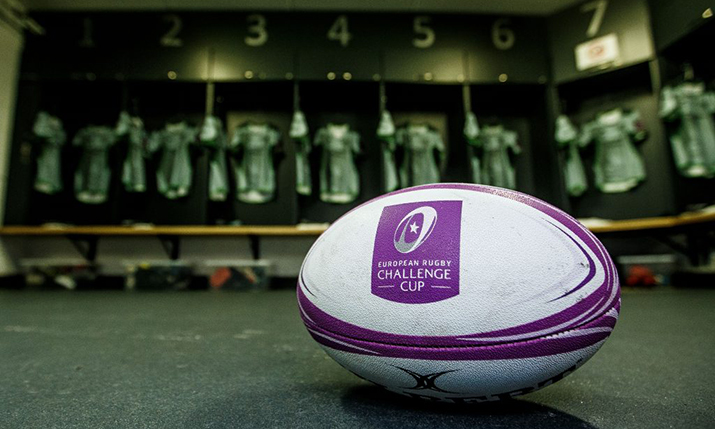 NEP Italy was on hand earlier this month to help DAZN with its HD coverage of two matches in the European Rugby Challenge Cup (ERCC).

For both matches, a day of preparation was necessary to ensure everything was in place for the eight camera set-ups.

The physical dimensions of the trucks and the size limitations of the stadiums that the games were played in caused some interesting challenges, as Maurizio Morini, technical manager in charge of the event, told SVG Europe.

He said: “Although Unit 18 can operate with up to 14 cameras, in this case, we were using eight, placing Camera 1 and Camera 2 in a high position on the public side.

“Often we try to position Camera 3 at the same height as the 1 and 2 as happens in football but here there is not enough space.”

“It is interesting to note that even the shots that involve the coaches in the stands are fewer in rugby, just because they are less angry than in football!”

Morini explained that it is often natural to make a comparison between rugby and football coverage.

With the latter, cameras capture quite close shots of the details to allow viewers to follow the action.

But in rugby, the shots are always a little wider and involve smaller groups of players.

“Camera 1 remains to take quite wide shots to show the action as a whole. This is because in rugby the action is always more articulated and mobile than in football and generally the small groups of players are followed by 2 and 3.

“Another camera is placed on the sideline on a hi-lo and still takes a lot of shots from a high position,” he added.

Another four cameras were positioned on the corners of the field with a shoulder camera then taking care of shooting the whole field, always to the side of Cameras 1 and 2.

In addition, a dedicated camera captured the lower left corner of the pitch and was then also used to shoot the pre and post-match interviews and the interviews that took place at half-time.

Morini went on to explain that, “in the field we have installed tripods to get shots that are always a bit wider than in football, since the ball seems to move faster and the action is articulated on a larger space, involving the whole field.”

He believes that the action of a football match is easier to follow for TV.

“In rugby, the groups of players move rather compactly and the development of the action is a bit more difficult to follow.

“It is interesting to note that even the shots that involve the coaches in the stands are fewer in rugby, just because they are less angry than in football!

“In fact, although it may seem like a violent action sports, in fact, it is not: there are many fewer offences and complaints in general because the referee intervenes immediately with punishments.”

Sounds is also crucial for rugby coverage, he said.

“In the match, the presence of the referee’s voice is very important since he makes decisions continuously and constantly consults the other match officials,” said Morini.

“Stereo audio was captured by eight microphones placed in the field, mostly Sennheiser 416s, plus a stereo Sennheiser 418, placed near camera 3, on the sideline.”

A relatively lean crew was required for the coverage, although additional match officials did swell the numbers, said Morini.

“The production crew on the van includes not only the director and the graphic designer but also a TMO or support officer for the referee then two RVM, an RVM coordinator, two camera controls, a technician and a sound engineer.”

The ERCC is an annual European rugby competition organised by European Professional Club Rugby (EPCR). It is the second-tier competition for European clubs behind the European Rugby Champions Cup.

The Challenge Cup is contested between 20 teams. Of those 20, 18 qualify from the three main European domestic leagues – Premiership Rugby, Top 14, and Pro14 – while two qualify from the Continental Shield , a competition that takes place between teams from second-tier level Rugby Europe nations.

In October 2018, the live and on-demand streaming service DAZN landed the rights to show 70 matches from the ERCC in Canada, Germany, Austria, Japan, Switzerland and Italy for the next four seasons.

As part of the deal, DAZN acts as the host broadcaster for matches that take place in Italy.

BT Sport holds the rights for the tournament in the UK and Ireland. Rights for France are shared between France Televisions and beIN Sports