Live from Jerez: Dorna and Audio Technica sounding ready for another MotoGP in the Spanish sun 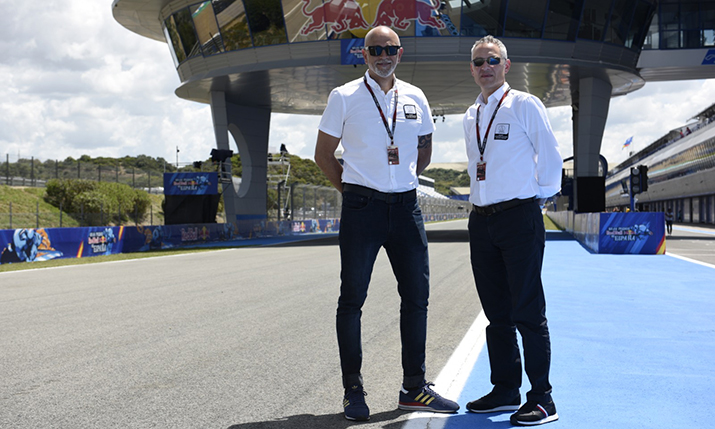 It is a hot weekend in Jerez de la Frontera and the action is about to get hotter as the Spanish Grand Prix takes place in the sunshine of Andalusia.

The Circuito de Jerez – Angel Nieto was built in 1986 and has been a fixture on the MotoGP calendar since its first Grand Prix a year later. Capturing the action as ever is Dorna Sports, the exclusive commercial and television rights holder and organiser of the championship – properly known as the FIM World Championship Grand Prix – since 1991.

It’s the first season to get back to anything like normality for the championship, which has travelled straight from Portimão in Portugal down to Jerez for round six of the 2022 season. It is also back to normal for Audio Technica, the official Microphone Services Solution Provider to MotoGP, which has just signed a second consecutive three-year relationship with Dorna.

“Dorna is at the pinnacle of sports innovation. They will actually take a prototype live there and then, so we’re getting instant feedback”

This deal covers all the microphones and headphones in use across the MotoGP environment, not just for trackside sound, but also covering press conference rooms, interviews and ENG, as well as the microphones inside the broadcast truck.

More than 300 channels come into the audio control room (ACR), to be managed live on each race for the international feed by a team headed up by Pep Mendoza, the sound manager for MotoGP. The whole audio set up goes on a global tour with the rest of the MotoGP ‘circus’, travelling for nine months of the year covering around 22 back-to-back races. 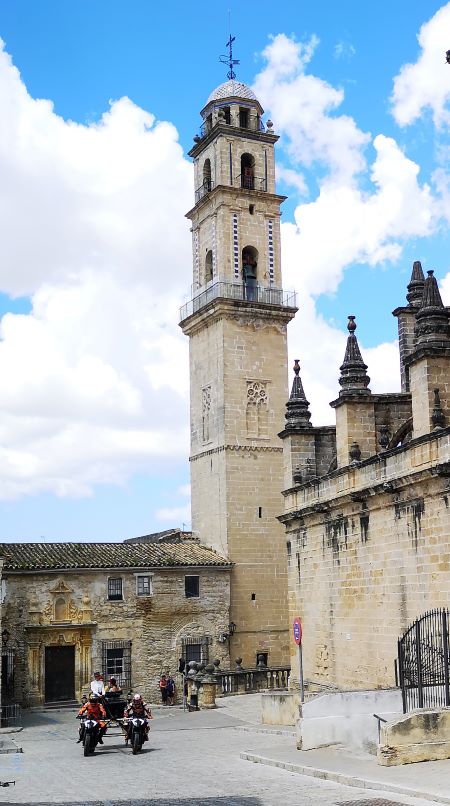 The Spanish firm and the 60-year-old Japanese audio company have a unique relationship, which goes beyond a simple client-supplier setup. Dorna, known for its innovation in sports broadcasting, is constantly looking to enhance the immersive experience of the race, so Audio Technica is used to heavy (and novel,) demands being made on its transducder technology. For its part, Audio Technica gets to road-test concepts and prototypes in one of the most demanding environments in sports broadcasting.

Speaking to SVG Europe in the paddock at Circuito de Jerez, Audio-Technica Europe’s CEO Robert Morgan-Males and MotoGP project manager, Rodrigo Thomaz were keenly anticipating how the race would put the company’s microphones and headphones through their paces.

“We have had experience in sports broadcasting for many years in terms of a microphone transducer technology with the world’s largest sporting event since 1996,” said Morgan-Males. “But getting close to a regular event with Moto GP you’re in a much different environment, because you’re constantly on the move, the circus goes on for the whole year, and you’re a team.”

“By being at the races we are able to work much more experimentally,” continues Morgan-Males. “The conversation has been really easy. They talk to us about problems, and we come up with solutions.”

Morgan-Males says Dorna is open to taking prototypes into the MotoGP environment. “Dorna is at the pinnacle of sports innovation. They will actually take a prototype live there and then, so we’re getting instant feedback,” he says. “Also, being the exclusive microphone solutions provider helps us across the broadcast industry as a whole, as people know the premium quality that’s coming out of Moto GP.”

“It’s all self-contained,” says Thomaz. “So it’s the best test environment that we could possibly have. We are here as a partner, and we can also take advantage of this partnership to road test our microphones. Our developers see how robust the microphones need to be for this brutal environment.

“This is a safe place for Audio Technica,” he continues. “It’s a safe place for Dorna as well. There is a massive trust relationship between our two companies; they allow us to bring new technology to test, and we are able to be open with them, show what we’re planning in terms of application for these mics. We love to test drive them with Dorna.”

Thomaz works alongside Mendoza, and Sergi Sendra i Vives, head of global technology at Dorna Sports. “I’m here as a project manager to interface and glue this together,” says Thomaz. “Pep is a super capable, experienced sound engineer. He knows what he needs to achieve. My role is to allow him to achieve that, to come up with solutions and give him the right inspiration [from the Audio Technica range]. He might be looking for a product that he doesn’t know exists. We have huge catalogue that can dig from, but we are also working with some products that we are modifying specifically for MotoGP.”

One such product, which has undergone extensive testing over the past three MotoGP seasons is Audio-Technica’s 8.0 Microphone Concept. Also known as the BP3600, this ultimately is forming part of the central sound source for a remote production workflow to be located in Dorna Sports’ facility in Barcelona, which includes a custom-built 7.1.4 / 5.1.4 dedicated audio control room to mix immersive audio received from the track in real time.

“We’ve used the BP3600 microphones at major winter and summer sporting events in the past four years,” says Thomaz. “However, MotoGP had a 3D-printed prototype two years prior to that. So they were beta testing it for us and helping us understand the microphone beforehand in a more brutal environment.”

The paddock and track at Circuito de Jerez – Angel Nieto

“It’s exciting to be here,” says Morgan-Males. “It’s been a strange past three years, we haven’t been able to interact as much as we would normally do with the guys here because of the COVID protocols. Although there are obviously still COVID security measures in place, it’s slightly different, but certainly, it feels like we’re getting back to normal. We’re in a second contract with Dorna, which is a great relationship. We survived the pandemic together. They’ve been able to continue to deliver great content, and we’re helping them enhance that content. So, I’m incredibly excited to be back.”