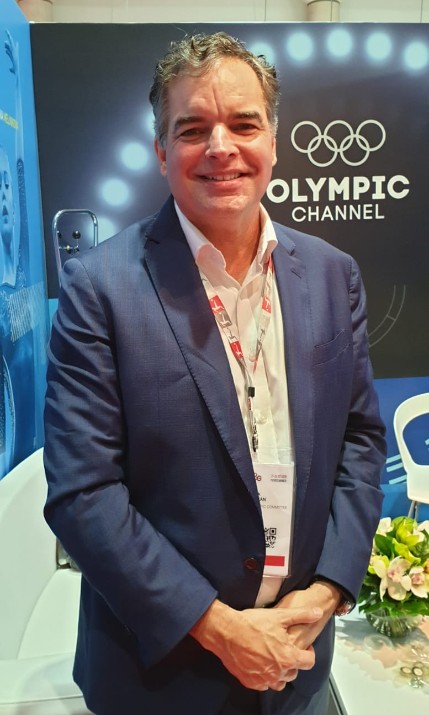 Here in Monaco, the Olympic Channel is premiering the first linear episode of its new near-live documentary covering the next big stars of gymnastics, All Around.

The show, hitting the red carpet on Monday 21 October in Monte Carlo, is using an innovative combination of monthly episodes and social media push from the stars of the show themselves to gain the attention of viewers.

The digital and linear ‘follow me’ style series produced by Noah Media Group is covering the stories of three rising stars in gymnastics on their way to Japan 2020, from Russia, China and the US.

Each of the monthly digital episodes are being filmed and edited on an ongoing basis, following the young female athletes in their personal and sporting life as they attempt to overcome emotional and physical hardships in their bids to medal next year.

Speaking to SVG Europe, Mark Parkman, general manager at the Olympic Channel, said: “We’re embedded with these three different gymnasts, not live but close to, and are releasing one episode per month on the lead up to Tokyo. It’s pretty aggressive, what we’re doing.”

Referring to the two-pronged attack on film promotion that the Olympic Channel is taking with this documentary series, he added: “The gymnasts themselves are pushing [the programme] over social, mostly on their Instagram and Twitter accounts, and that’s what we wanted them to do. It’s unusual.”

The reason for the Olympic Channel’s push into more immersive content is to sustain the viewer’s attention beyond each Olympic Games, explained Parkman. “Our challenge is primarily trying to keep people interested in the people within the games. People’s interest has always been very cyclical [centred around each Olympic Games]. We want to, through our storytelling, keep people interested in the athletes; they don’t go away, but we only see them in mass quantities every four years.

“We want to level that out so people will feel that these are truly world class athletes, and so people will engage with them on a more regular basis,” added Parkman.

Noted Parkman: “The first episode has performed very well. It was our best performing episode ever released so far, so we are now looking at what we can do [in a similar vein] for Beijing 2022.”

Concluded Parkman: “I don’t think there is a media company that has a more extensive programming slate about sports than us. We have done 70 original series since the channel was launched, equalling over 1,000 episodes, with 25 different production companies form 25 different countries to provide different perspectives.”

The Olympic Chanel’s series, All Around, follows world-class gymnasts Morgan Hurd, Chen Yile and Angelina Melnikova as they set out on a year-long journey towards the Tokyo 2020 Olympic Games.