The event, held on Sunday 20 October, was co-hosted by SVG Europe Women, furthering the initiative’s aim to inspire and promote women in the sports broadcasting industry. Despite plane and train strikes throughout the region, guests made it through to Monte Carlo to spend the afternoon discussing their experiences within sports broadcasting, and what can be done to increase the profile and number of women in the sector. 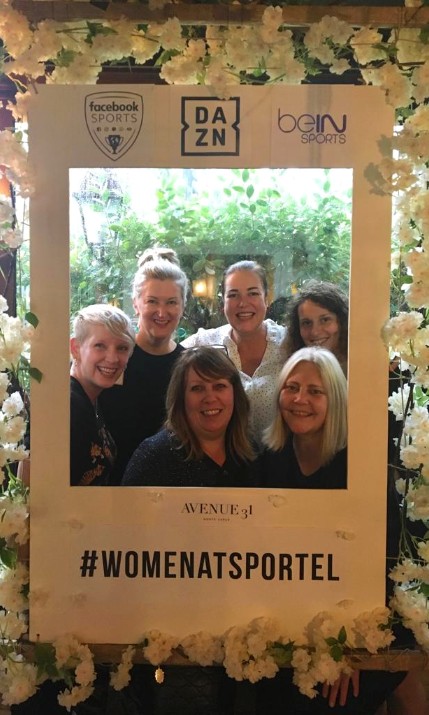 Also at Sportel, BeIN Sports, DAZN and Facebook Sports hosted a women’s networking breakfast. The three companies are creating a community of women in sports media.

At the Noah Media Group and SVG Europe Women event, female executives from an array of international sports federations, rights holders and key producers, including representatives from the Olympic Channel, attended.

The event, which was spear-headed by Noah Media Group’s head of international production development, Paula Rigby, was co-hosted by SVG Europe Women. SVG Europe editor and internal head of SVG Europe Women, Heather McLean provided an overview of the initiative and its plans to help increase numbers of women in the sports broadcasting industry.

On the event, Rigby commented: “This lunch is a culmination of Noah Media Group’s dedication to elevating the opportunities for women to network and discuss issues we all face across our industry. We are pleased that SVG Europe Women is our media partner at this inaugural event and that the event has been both an insight into the challenges women face in our industry and a rightful recognition of some of their huge successes.”

John McKenna, CEO and co-founder of Noah Media Group, said: “I’m delighted that Noah is playing such a key role in this inaugural Sportel Women in Sports Media & Broadcasting lunch, in conjunction with SVG Europe Women. At Noah, we are fortunate to have a group of hugely talented women as heads of department and in key positions across our business within the UK office and France. I would like to thank SVG Europe Women for their support in making this event happen.”

The Women in Sport Luncheon is set to become an annual event and will take place again next year on the eve of Sportel Monaco.