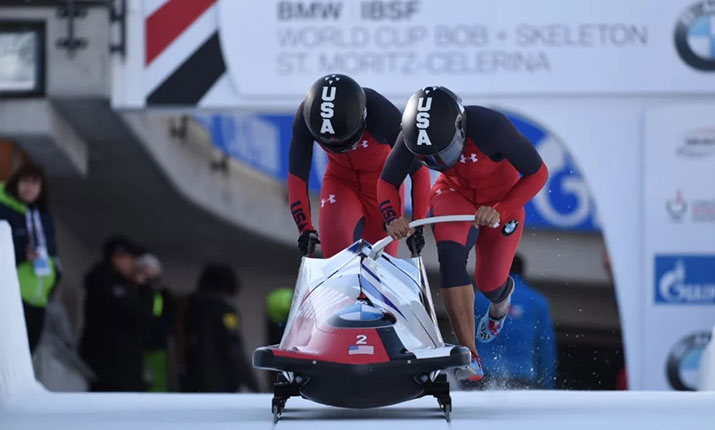 The Bobsleigh World Cup 2018-19, the 35th edition of the event, began on 7 December 2018 in Sigulda, Latvia with NEP Italy producing the host broadcast coverage for Infront.

Organised by the International Bob and Skeleton Federation (IBSF), the World Cup consists of twenty-four bob races: sixteen for men and eight for women across both two and four-person bobs. The races take place in eight venues, finishing up in the Canada Olympic Park in Calgary.

NEP Italy has been in charged with covering the Bobsleigh World Cup for the past five years. Three HD host feeds are created at each event including one for transmission and a clean one without graphics.

“Everyone needs to have an in deep knowledge because, obviously, the environment is hostile, with ice, snow and very low temperatures,” says Fabio Bertini, the managing director of NEP Italia. In the previous four years his company was engaged as Telerecord but its commitment is now even greater as NEP Italy.

“In fact, the acquisition by NEP of Telerecord allowed us to extend our efforts to also follow the competitions that take place in the United States and Canada,” he says.

At a recent round of the World Cup in St. Moritz in Switzerland (25-27 January), NEP Italy deployed 33 cameras and its HD 26 truck for the production of the races. 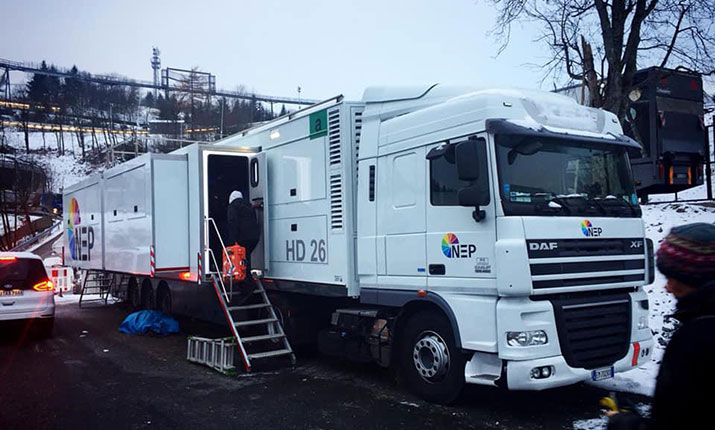 Unit 26 has what Bertini describes as a very “technological heart”. This includes a vision slo-mo section, a large Imagine Communications 354 × 560 matrix, Argosy Patch Points and test and measurement equipment from Leitch. The monitors are a mixture of Ikegami and Vutrix. For the slo-mo work, 12 Vutrix 24-inch Quad Split monitors are used. Replays are produced by an EVS XT3 HD server.

Unit 26 followed all the slopes during the tournament apart from Sigulda where Unit 24 was engaged.

16 small HD POV cameras form BR Remote were also used, “managed remotely in the sole zoom and focus functions,” says Bertini. “They are literally disseminated in the strategic points of the track. A person in the gallery is dedicated to controlling these cameras that are headed by a special control panel.”

They are not the only small cameras used.

“Two other Sony P1 cameras are positioned along the way and applied to Scorpio remote heads,” he continues. “We can remotely control the Scorpio heads from up to 500 meters away using RS485 cables or even in 2.4Hz half-duplex wireless microwaves.”

Small cameras are installed on the bobs too, but, according to Bertini, they are only used to make small cuts and, station breaks, trailers, signature tunes.

“They do not affect the live transmission of the race,” he says. 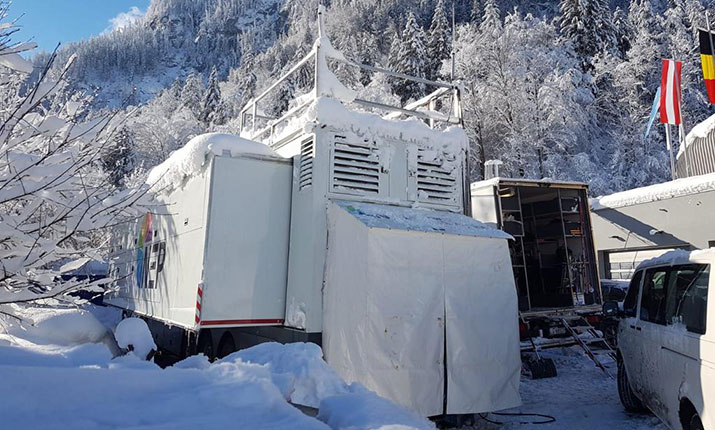 Long and short of it

For filming bobsleigh races, NEP Italy brings a minimum of 30 cameras or more to follow the track which is usually around 1,300 meters long (although it is 1,722 in St.Moritz).

In the camera set-up, there is also an I-Movix X10 UHD system that is used for HD or 4K Super Slow Motion (SSM) and Ultra Slow Motion (USM) at the beginning of each race.

“For high-speed shooting, we also use a Sony 4300,” says Bertini. “This is positioned on the most important strategic curve, which is usually halfway as it is in St. Moritz.

“On some other tracks, this dangerous curve is followed by two cameras, one that shows the entry and one that captures the exit.

“In total, there are 14 cameramen scattered on the track and many of these cameras are shoulder operated. Two are placed at the start, two are at the arrival, and others on some important points of the race.”

As the bobs travel very quickly, the presence of an operator is required to follow the movement.

The lenses used are generally quite standard, apart from two which are long lenses by Fujinon and Canon mounted on Vinten and Cartoni tripods.

Placed along the track are roughly 40 shotgun microphones in cardioid configuration to follow the movement of the bobs. The final broadcast is in stereo.

“Fibre-optic cables are used to transfer audio and video signals, and the power supply to cameras is a problem that should not be underestimated,” adds Bertini.

The graphics are produced by Swiss Timing while Creative Animals does the editing and highlights creation, taking pictures from the EVS for both the TX delivery and for the IBSF.

Roughly 30 crew members are required for each event.

“Everyone needs to have an in deep knowledge because, obviously, the environment is hostile, with ice, snow and very low temperatures,” says Bertini.

In St. Moritz, the whole team and all the vehicles were Italian. At Lake Placid and Calgary in Canada, NEP Italy provides the technical and creative staff, while the technical structures are local.

“According to the NEP world operating strategy, the technical structures are those residing in the nation where the event takes place, but the technical and creative staff come from the nation that took the job, in this case, Italy,” he said.

The final round of the IBSF Bobsleigh World Cup takes place 23-24 February in Calgary, Canada. 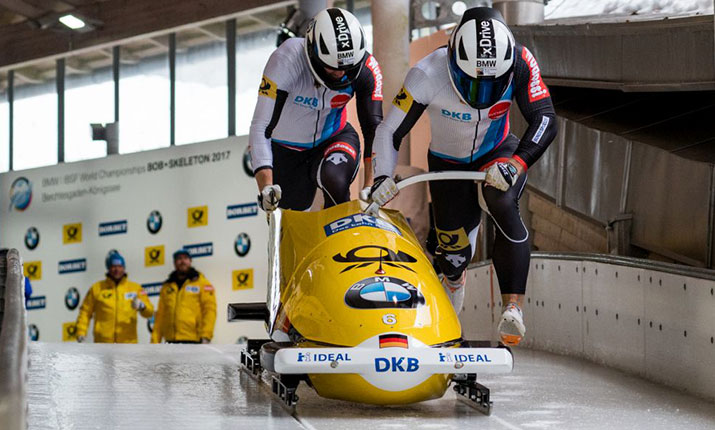