Live from the US Open: Eurosport serves up localised content 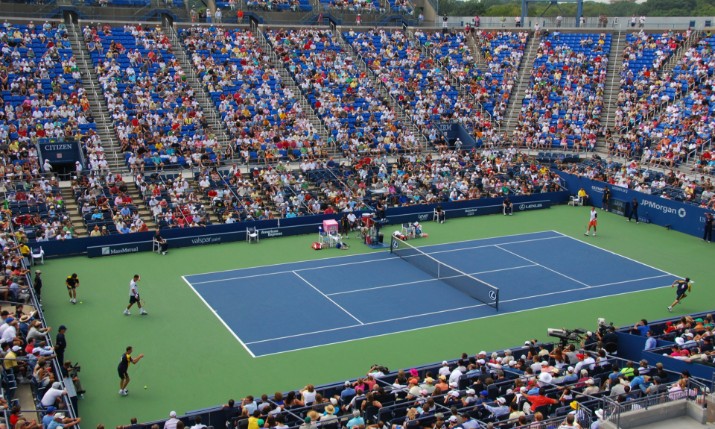 The 2019 tennis Grand Slam schedule is giving the Eurosport production and technical team more than just a chance to cover the world’s most important tennis tournaments. It is also allowing them to prepare for future workflows that, ultimately, will redefine the way the European sports giant approaches remote production once ETT, or the European Technology Transformation (ETT) project, is completed in 2020.

“As we transform into the ETT world we want to sort out workflows from the production side,” said Dave Schafer, Discovery, SVP content and production. Each major, beginning with the French Open this year, has given the Eurosport team an opportunity to work in new ways that allow for the various Eurosport localised channels to create localised content without having a large personnel footprint at the event. The efforts, in many ways, are about proving out workflows that will be deployed on a large scale for the 2020 Olympics in Tokyo.

The team at the US Open is about 130 people strong, with 11 talent, 45 editorial, and nearly 75 in operations and engineering. Part of the team is working on the Eurosport international signal that is distributed to more than 50 markets while Eurosport channels in Germany, Russia, Norway, Spain, and France all have an individual presence.

“We have 50 markets where we can localise the content and we are doing more remote production [from back home],” added Schafer.

The team is focused squarely on meeting the needs of the European tennis fan and Schaefer says delivering content to more screens than ever means trying to create more exclusive content. That includes not only coverage of the matches but also back stories of players and the other happenings around the Billie Jean Tennis Center. Eurosport ENG crews, with the help of LiveU or AviWest bonded cellular transmission are also able to roam the streets of New York City and capture feature stories and more.

“Those efforts have grown on a much larger scale this year,” he says. “The studio show now goes across Europe and we are pushing the envelope with a new production team that leverages the studio and all of the facilities we have here. We are also creating digital exclusives like the Legends podcast [with Wilander, Lendl, Becker, McEnroe, and more].”

David Roulson, Discovery, VP of technology, is on site at the US Open overseeing an engineering team and equipment provided by Gearhouse Broadcast, which plays an important part all across the Billie Jean King Tennis Center. A Globecast 10 Gbps connection delivers multiple signals to Eurosport’s production hub in Paris, including 16 court feeds, eight camera signals from two studios, the US Open Now channel, beauty cameras, press conferences, and more.

“Those signals enter into the Eurosport WAN which connects all of the Eurosport centers in Europe,” said Roulson. “Paris, for example, is able to produce programs for the international, German, and French channels and with all of those signals at the home base someone in Norway can see all of the cameras and signals on the WAN. The ETT will be slightly different as it will be a centralised tech hub and switching of the programme content is a remote function from each region, but the equipment will be centrally located.”

For example, one of Eurosports important offerings is ‘Game, Schett, & Mats’, a daily opinion and analysis show at all of the Majors that features Mats Wilander and Barbara Schett in discussion with experts like John McEnroe and Ivan Lendl.

“While we still have the main studio show controlled from [a control room here] that will change as we will send the camera signals back to Europe and make them available to any region,” said Schafer. “Norway, for example, can put someone in front of the camera and have an element of presence that they would not have had otherwise.”

Roulson is the first to admit that few have done what Eurosport is attempting to do with respect to ETT. The scale and complexity of the operation is multiplied given the large number of languages and signals and he says that Eurosport is working closely with vendors to meet deadlines.

Added Schafer: “From a production standpoint we are on track and meeting the goals that are aligned with our engineering team. We are sharing a lot more on the production side and now we are evaluating the value of creation content centrally and sharing it [among the markets] or having each market create the content and then share it with others.”